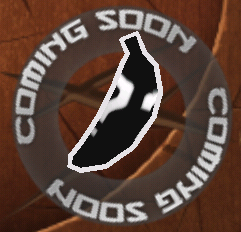 Most App Store gamers are no stranger to Halfbrick‘s Fruit Ninja [99¢/HD]. Over the last 6 months and 2.5 million sales since the game’s initial release, Fruit Ninja has received some excellent updates in the form of new modes, unlockable items, and even online head-to-head multiplayer over Game Center. But one thing that has been grinding the gears of Fruit Ninja fans for months is a mysterious banana shaped icon on the game mode selection screen. Everyone wanted to know what exactly was this new “banana mode” that Halfbrick has been teasing us with? They weren’t about to spill the beans though, and the curiosity in our forums reached astronomical levels.

Finally, today Halfbrick let the banana out of the bag and divulged what this mysterious new mode would entail. Dubbed Arcade Mode, you’ll have 60 seconds to slice up fruit as per usual, but with the added bonus of 3 new special banana shaped bonuses fruit. One slows down time affording you more time to slice away at the fruit, a frenzy banana causes fruit to fly out at a much higher rate, and one doubles your score for a brief period of time. In addition, these bonus bananas can be activated on top of each other. So you may get a frenzy banana followed by a freeze, thus giving you a screen filled with fruit to slice and extra time to slice it. Couple that with the double points bonus and the potential for crazy high scores is through the roof.

At the end of your 60 second session your score is tallied up and bonus points can be awarded based on your performance. There will also be a brand new weekly high score board specifically for Arcade Mode scores. After so many great updates to Fruit Ninja, Arcade Mode is sounding like a lot of fun. Halfbrick has noted that the update will hit the iPhone and iPad versions of the game in early November, which basically can mean any day now, so be sure to keep your eyes peeled and grab this new Fruit Ninja update when it goes live.