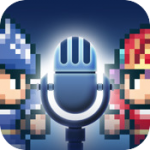 Late last week Square Enix posted some cryptic details to their Facebook page regarding an upcoming game that allows players to generate characters with their voice. We presumed it was something similar to Song Summoner, and speculation ran wild both in our comments and forums. Voice Fantasy [$2.99] just hit the App Store, and after spending the morning with it, I’m really not sure what to think.

The main problem with everything that Square Enix brings to the App Store is that they have such an insanely awesome back catalog of games that anyone who was around for the Super Nintendo would likely love to play. The whole Final Fantasy series, Tactics, Secret of Mana, Chrono Trigger, the list goes on and on. When we see things like this released, I think it’s completely understandable to wonder why in the world they would choose to work on this game instead of say, porting Final Fantasy IV. What’s truly strange about this, is that if any other developer released Voice Fantasy, I bet the overall reception would be substantially different. 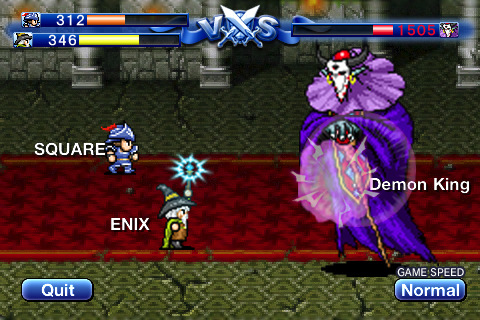 Voice Fantasy is a very strange game in that it really seems to straddle the line between what I’d consider a “game" and what I’d categorize as an “entertainment app." The basic premise is as follows: After loading up the game, you’re given a few different options for battling against AI opponents, or a local battle with another person. From there, you generate your party. This amounts to holding down a record button on screen and saying something, yelling, squealing, or really making any sound at all. Depending on the volume and pitch of the sound you make, different party members are generated.

These party members range from warrior-type monsters to human mages and everything in between. When they attack (or fall) in battle, the game plays back a distorted version of your initial recording. Depending on what you generate your characters with, the battles can sometimes be absolutely hilarious. In single player mode you battle against a few waves of monsters until finally squaring off against the Demon King himself. That’s it. There’s no gameplay or any interactivity beyond just recording your sounds, and at the end of the battle you’re able to save your favorite generated characters.

Playing with other people and passing your phone around, with each person trying to come up with something even ridiculous to generate a character from actually is a lot of fun. So far my best character attacks with a slurping and tongue slapping noise, made even funnier by the fact that Voice Fantasy generated an extremely high-level paladin based off that. I just really wish there was more to do in the game, as the lack of interactivity really makes it boring to play by yourself.

Video by our friends at AppBank!

If you often find yourself in social situations where you’re passing around your device with friends showing off whatever crazy apps and games you’ve found recently, Voice Fantasy will be an excellent addition to your “Hey, check this out!" arsenal. If you’re looking for the next killer Square Enix RPG, stay far, far away.