With the rise in popularity of free-to-play social games – whether through various online outlets, playing games over Facebook, or indulging in one of the many freemium titles available on the App Store – this new style of play model has carved out a significant market in pursuit of gamers’ attention. The news last week that Japanese social gaming giant DeNa acquired iOS developer Ngmoco to the tune of $400 million dollars has pretty much sealed the deal – love it or hate it, freemium gaming is here to stay.

This makes the recently announced freemium social game Lil’ Pirates significant in a number of ways. Lil’ Pirates is a collaboration between developers IUGO Mobile Entertainment and Capcom Mobile, neither of which are especially known for having casual free-to-play titles. IUGO has dabbled with many different approaches to selling games on the App Store, from ad-supported versions of their games to freely downloadable trials with more content available as IAP, but never a fully featured free game with optional purchases to enhance the experience. Capcom is treading in even more unfamiliar territory, as they are widely known as one of the more “hardcore" game developers on practically every gaming system for the last few decades. For both of these devs to be entering into the casual freemium market with Lil’ Pirates says a lot about how big a deal this business model has become. 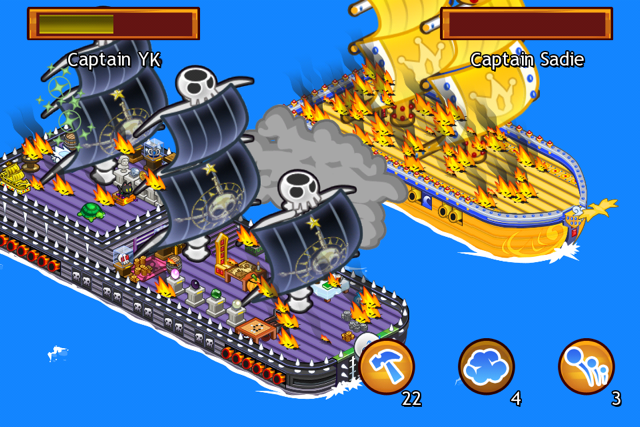 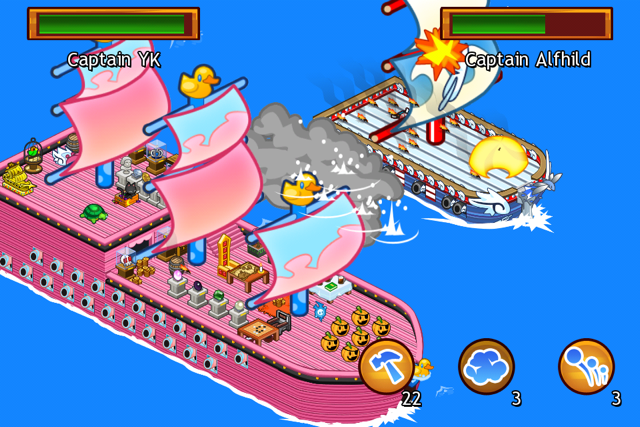 As for the game itself, Lil’ Pirates is a colorful pirate themed adventure with a huge focus on customization. You’ll start out as a small-time scallywagger with just a basic pirate ship, and you’ll import your friends from Facebook to amass a crew. Sending your crew on various types of missions will result in loot that can be spent on tons of different items to customize both yourself and your pirate ship. These missions are limited by timers that only allow you to complete them every so often. This of course adds the element of being “patient to see a payoff" that is the core of freemium games, and there will be ways to spend real life money in Lil’ Pirates in order to speed up the process of getting bigger and better items. Your crew also operates on an energy system that can be replenished by completing various minigames on your ship. This process can also be bypassed by purchasing special Root Beer items in the game. 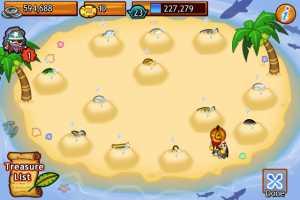 Another interesting part about Lil’ Pirates is an island called Treasure Island where you’ll be able to bury items from your inventory. These items will increase in value the longer they remain buried, but take heed as your friends also have access to this island and can sneak in and dig up the items that you’ve placed there. All is not lost though, as there is a chance that the item that replaces your stolen one will actually be of higher value than the original. This adds a neat risk/reward aspect to the game, as well as giving you an opportunity to playfully mess with your friends by stealing their items (and vice versa).

It’s hard to get too terribly excited about most of the freemium games that get released, as they all seem to feature many of the same type of gameplay with just minor theme changes. Lil’ Pirates actually looks a bit more interesting than most, and features an excellent art style and some novel game concepts. The ability to import friends from Facebook and have them join your crew could be fun for those that use Facebook for their gaming needs, but IUGO has told us that logging in will not be required to play Lil’ Pirates and there will be an offline component to the game as well. We’ll take a closer look at Lil’ Pirates when it launches for free sometime next month.