It seems fitting that Sega chose today, the 11th anniversary of the North American launch of the Dreamcast, to announce that one of that systems most popular and beloved titles ChuChu Rocket! would be coming to the iPhone and iPad. I was an avid Dreamcast gamer back during its heyday, but never actually got into playing ChuChu Rocket. After spending time playing the title today at Sega’s iPhone Games Day, I realize what I was missing out on.

ChuChu Rocket! is a colorful J-style puzzle game where you must get a group of mice safely into their rocket ships while avoiding cats. The mice will brainlessly move forward on their own, and make a right turn when running into walls or barriers. You can place various up, down, left, and right arrows around the playfield in order to direct the mice towards the safety of their rockets. Cats behave similarly in how they march around the board, and if you happen to misdirect your mice into any of the cats you’ll fail the level. There are limited numbers of arrows per level to direct your mice with, meaning you’ll have to think ahead to find the best placement of each one to assure you get your mice to safety. 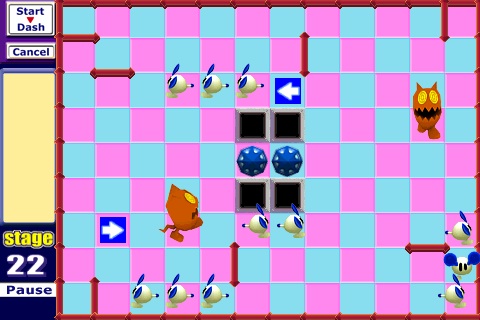 That’s the basic gist of ChuChu Rocket! anyway, but there can be variations of this due to the different modes of play. The Puzzle Mode is the main part of the game, and offers 100 levels of trying to get your mice safely to their rockets. This mode isn’t timed, and allows you to think through how to complete the level at your leisure. Then there is a Challenge Mode with 25 levels that each have a specific goal, like directing the mice into the cats rather than the rockets. This mode is timed, and you’ll need to get a certain amount of the mice to their goal before time runs out.

Finally there’s Multiplayer Mode, which I think has the possibility to really shine on the iPhone. ChuChu Rocket! was the first online capable game for the Dreamcast, back before it was a common feature in video games. Multiplayer is 1-4 players, and you can either join up in teams of two or play free for all style. The goal here is to get as many mice to your own rocket as possible, while using arrows to direct cats into players rockets in order to prevent them from gaining any mice. This mode can be played over WiFi, 3G, or Bluetooth, and if you can’t find any friends to play with you can add bots to the game and play against the AI. There are 25 levels to battle on, and the game will be the first from Sega to utilize Apple’s new Game Center social network. 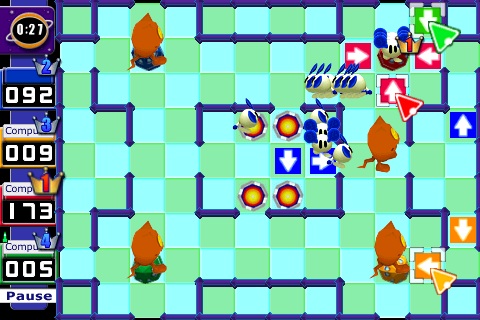 ChuChu Rocket! was a total blast when I had a chance to play it today, and it makes me sad that I never tried out this title almost a decade ago. It seems like a perfect fit for the iPhone, with all of the original levels reworked to be touch screen friendly. Gamers have been begging Sega to bring ChuChu Rocket! out on a current platform for years, and finally they will get their wish on the iPhone and iPad. Both versions will be exactly the same except for the iPad version which will contain a same-device 4 player multiplayer mode. Expect to see ChuChu Rocket! sometime in late October.