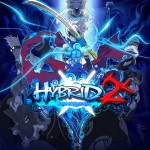 Late last year Gamevil’s action adventure RPG Hybrid: Eternal Whisper [$2.99 / Free] hit the App Store, offering an extensive skill upgrading system along attacks that change depending on how your character is gripping their sword. The original Hybrid was well received on our forums, with many fans of the Zenonia series enjoying the shift to an even more action-oriented gameplay model.

Hybrid 2: Saga of Nostalgia is in the final stages of beta testing which has been conducted in part on our forums and if all goes as planned, Gamevil plans on submitting the game to Apple towards the end of the month. In the meantime, they’ve released the following teaser trailer which includes a bit of gameplay towards the end:

We’ll post more when we get our hands on the game, but if you enjoyed the first, look forward to Hybrid 2 arriving sometime this September.