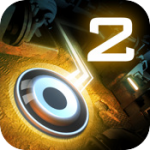 Late last year we reviewed Dark Nebula [99¢], a game that called itself a “skill-based action game" that we described as “short but sweet." While the gameplay mechanic of utilizing the tilt controls to move a rolling ball around have been used since the earliest App Store games, the original Dark Nebula really took this to the next level– so much so that it was difficult to even group it in the same genre as other ball rollers on the App Store.

In the original Dark Nebula you controlled a ball through 10 levels that vary widely with all sorts of different obstacles including spikes, lasers, switches that needed to be tripped, and others. The graphics of the original were fantastic, and while there wasn’t a ton of content in the game, what was there was top notch. The entire experience was good enough that I played through the first Dark Nebula at least twice, if not more.

The sequel, Dark Nebula – Episode Two [99¢] arrived on the App Store this afternoon, and is even better than the first installment. Episode 2 sports nearly twice as many levels across a variety of environments along with a new combat system that allows for boss fights. Yes, boss fights in a ball roller. 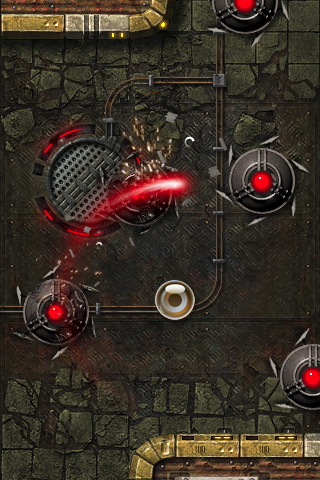 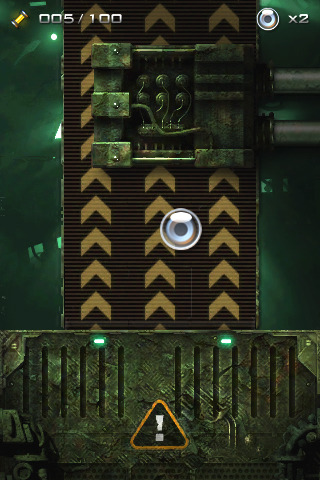 Aside from the usual dodging and weaving, in Dark Nebula – Episode Two, you can roll over pads which will equip your orb with a colored ball that orbits around it. Initially you use this to destroy matching colored objects in the game world to open gates, but it doesn’t take long until you’re fighting red swirling blades of death. A few levels later and Dark Nebula – Episode Two pits you against a giant boss with blades that wind up and go in to a massive slicing frenzy which you need to take down in a similar fashion by smashing it with your orbiting weaponry.

The production quality of Episode Two is absolutely outstanding. The visuals are remarkable, and incredibly detailed environments pair perfectly with all kinds of flourishes that flow over the screen when you restore your shield, reach a checkpoint, or do other things.

Just like the original, playing through Dark Nebula – Episode Two won’t take very long, and if you’re determined you will be able to complete the entire game in one sitting. But what’s so refreshing about the game is the high quality of the levels. Unlike some games where you feel like you are playing the same level over and over again, the level design in Dark Nebula remains fresh throughout.

To add replay value, the developers have added in seamless online leaderboards to track your performance on each level, along with a ranking system and an expert mode. It’s as easy to recommend Episode Two as it was to recommend the original Dark Nebula. Reactions on our forums have been remarkably positive, and overall it’s really hard to imagine ball rolling games to get better than this– That is, until the inevitable release of Dark Nebula – Episode Three.