One of the first top-down shooters worth playing to appear in the App Store was Lazrhog’s iPhone port of Kenta Cho’s 2003 “bullet hell" shooter rRootage. This weekend, Miko Wohlgemuth released his own iPhone adaptation of Cho’s vector-based shooter, rRootage Online [App Store]. 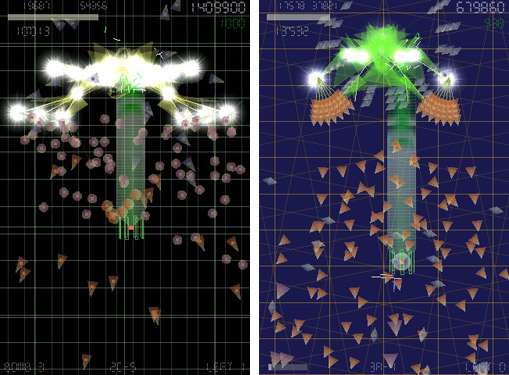 rRootage Online is, of course, rather similar to Lazrhog’s early App Store offering, but comes packed with a number of additional bells and whistles. It features music and sound effects, multitouch controls, online scoreboards, and a number of different playmodes, which really notches up the experience.

In each mode, the overall goal is to shoot shoot shoot and dodge dodge dodge. And, perhaps the most noteworthy feature of this release versus the earlier App Store version is full playability under iOS 4.

Anyone who enjoys a nice 2D shooter should grab this one instantly. After all, it’s free, funded by iAds on the high scrore screen. Our forum readers are loving it.