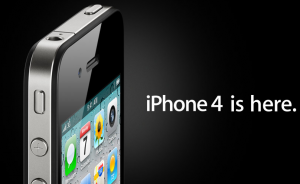 After an epic wait this morning, I managed to get my hot little hands on an iPhone 4. After rushing home and loading it up with every game I thought would be worth trying on the device, the results were somewhat predictable. The small handful of games that have been released or updated to with support for the Retina Display are gorgeous, and everything else both loads faster and performs better. If for any reason you were sitting on the fence trying to decide if upgrading to an iPhone 4 (or the presumed 4th generation iPod touch when it’s released) is worth it for gaming, it absolutely is.

I know we’re kind of beating a dead horse at this point, what with posting high-resolution screenshots of the few games that take advantage of the Retina Display already, but the quality of the screen is truly something you need to see with your own eyes to fully appreciate. I was at the WWDC keynote, heard everything Steve had to say about it first hand, spent the following weeks wondering what it was going to be like, and it still exceeded my expectations. The pixels are so tightly packed on the 3.5" screen that games running at 960×640 look more like screenshot renderings you’d see in some kind of a magazine advertisement than any actual game you’ve played before. 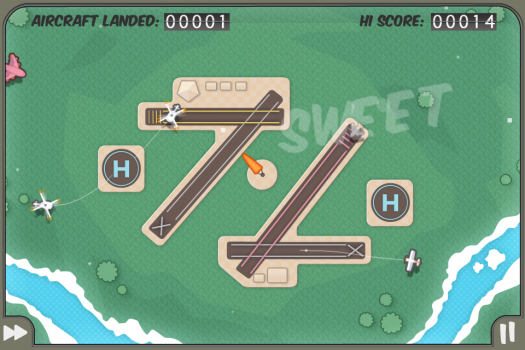 Being unable to distinguish individual pixels really does make things look like they’re just printed on the screen. Flight Control [99¢] is unbelievably crisp, and while better graphics doesn’t change the gameplay in the slightest, the difference is even more amazing when I run the game side by side both on my new iPhone 4 and old iPhone 3GS. 3D games like Real Racing [$4.99] look absolutely fantastic, and even run at a great frame rate to boot.

One thing that is apparent in these 3D games is that while the output resolution has been increased, the polygon count of the in-game models seems to have remained the same. This can make blocky models stand out even more, and while it wasn’t much of an issue in Real Racing, the low-detail players in the recently releasedNCAA Football HD [$7.99] really do stick out like a sore thumb as their little 3D stick legs prance about the field. I expect this to improve over time, as both of these games were likely quick and dirty upscale jobs. 3D games designed from the get go with the iPhone 4 in mind in the future will likely be where the true eye candy is. 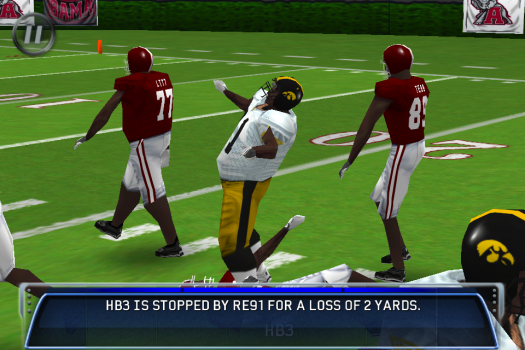 Speaking of EA’s NCAA Football HD, having yet another platform for developers to target could lead to an even messier App Store. It’s too early to really tell how this is going to play out, but currently it seems EA is content splitting their releases in to a normal release for the iPhone 3G, 3GS, and the iPod Touch along with a “HD" release for the iPhone 4, and finally a “for iPad" release for the iPad. This gets even more confusing when you consider how many developers are already labeling things as “HD" for the iPad even though technically speaking neither the iPhone 4 or the iPad are a HD device. Let’s all just cross our fingers that developers eventually just settle on single universal releases of their games as I’m sure everyone would rather deal with larger file sizes than potentially purchasing the same game three (or more) times.

Currently the best demonstration of the new gyroscope controls available on the iPhone 4 is ngmoco’s Eliminate: Gun Range [99¢]. While the game is just a basic shooting gallery, controlling your aim both by tilting the iPhone 4 as well as moving it about in 3D space is worth 99¢ for the novelty alone. Real Racing also has gyroscope controls but overall they didn’t make much of a difference compared to the regular version.

After fiddling around in both games, however, I was really am impressed with just how precise the sensor inside the iPhone is… Although the current implementations feel a tad gimmicky at this point instead of really adding any real benefits to gameplay similar to the iPhone 3GS compass-controlled games. To be fair, we don’t believe either Firemint or ngmoco had actual devices in hand to test these games with, and it stands to reason that each implementation will improve once they’re able to work outside of the iPhone simulator. 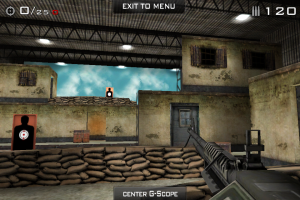 Just like 3D games that fully harness the power of the A4 chip, I expect it will also be a while before developers realize what’s possible with the gyroscope. There’s definitely some amazing potential waiting to be unleashed here, and maybe not even by using the gyroscope strictly as an input method. For instance, I suspect using gyroscope data could even allow you to play tilt controlled games in a moving vehicle, though haven’t gotten confirmation on that possibility.

As far as older games running on the iPhone 4, they load tons faster, so much so that many of my favorite simple games (obligatory Doodle Jump [99¢] plug) have almost no load time at all. Also, unlike the iPad where running games in 2X mode makes most games look blurry or blocky, since the screen size in the iPhone 4 is identical all the old games look just like they did on the previous iPhones. In fact, I’d even go as far as to say they look a little better as often times text is rendered at the higher resolution, and the Retina Display has better color reproduction.

In my initial tests, the battery life on the iPhone 4 seems in line with what Apple has been boasting, and I’ve both been able to play games and use my phone for other tasks with substantially less drain on my overall battery percentage. None of my tests have been that scientific, but practically everyone with an iPhone 4 is reporting similar battery experiences. A bigger battery obviously means more play time, and who doesn’t want that? 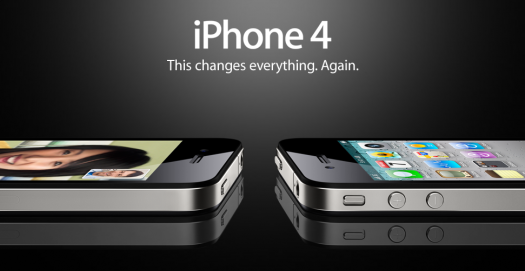 Overall the iPhone 4 is most definitely a worthy upgrade for any serious App Store gamer. I’m sure we’ll see a similarly specced out iPod touch this fall (or potentially even sooner) that might be worth waiting for if you dislike AT&T, but overall I’ve been extremely happy with my day of gaming on the iPhone 4.