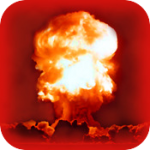 There are quite a few options for RTS fans available on the App Store, all of varying degrees of quality. Typically they suffer from one of two different problems. Either the complex nature of the game is too convoluted to be effective with a touch screen interface, or the entire experience is too stripped down and lacks any substance in order to accommodate accessible controls. Although there has been some strong entries in the genre, it doesn’t really feel like anyone has got it “just right” yet.

That all changed last month with the release of Land Air Sea Warfare [$4.99] by developer Isotope 244. LASW gets it “just right”, offering a full console-like RTS experience with brilliantly executed, easy to use touch screen controls. The only features lacking in LASW are a proper single player campaign and multiplayer. That first issue is somewhat of a non-issue actually, as the amount of options available for play is just ridiculous. There is endless replayability due to the randomized maps and the amount of customization available in this game. In saying that it lacks a campaign, all that really means is it lacks a cohesive storyline to play through. If this is something that you look for in an RTS, then you may feel disappointed with LASW. If all you need is solid, highly configurable battles against an intelligent and scalable AI, then LASW will more than fit that bill. 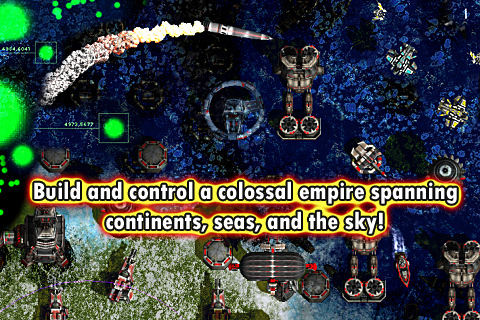 As for multiplayer, it’s not included in this current release but remains an option for the future. If you’re looking to get your battle on against real life human opponents, you may look to the multiplayer-focused Armada: Galactic War which we previously reviewed and found to be excellent. It’s conceivable that owning each title will fulfill all your offline and online RTS needs for a long time to come. A list of ideas for future updates to LASW has been posted by the developer in our forums, and includes a bevy of balance tweaks and performance optimizations. The game is really solid right now though, and only stands to get better through updates.

While it’s tough to detail every last element of a game as robust as LASW, if you’re already a big RTS fan, I’ll offer you this advice – go buy this game right now. You need it. You’ll love it. It’s a truly excellent single player RTS affair. If you’re on the fence, you can download a demo of the game on your Windows/Mac computer from the Isotope 244 website to get an idea of what it’s like. Also, the game’s forum thread has been overflowing with positive remarks since release. Forum member steelfires nicely summarizes the game with a review in our User Review section as well. Or, you can do like so many of us have done at times, and just click that Buy Now button with reckless abandon. I don’t think you’ll be disappointed. A game the caliber of Land Air Sea Warfare doesn’t come around all that often on our devices, and surely should not be missed.