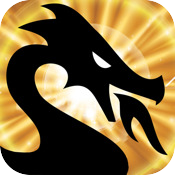 Our hands-on time with Highborn several weeks ago left us extremely impressed with what the ex-Westwood Studios developers (think Command & Conquer) at Jet Set Games had done with the turn-based strategy game and hopeful that its submission time with Apple would be a short one. Well, our prayers have been answered, as Highborn [App Store] is now available!

A strategy game clearly inspired by the richly inked, high-fantasy tilesets and characters of the acclaimed Heroes of Might & Magic series, but played similarly to other popular TBS titles such as Rogue Planet and Mecho Wars; Highborn takes the best credentials from these hits and takes them in a direction distinctly its own. 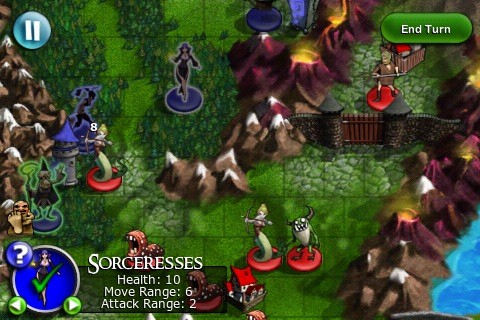 Highborn follows the story of Archie, an overbearing do-gooder Knight that more often than not frustrates his followers with his overt sense of righteousness, but who nevertheless follow him in his battles against the Arch-Lich, Floyd. The larger-than-life characters are a highlight in Highborn, from the flamboyant, once-famous mage Enzo to the many villains of ‘Decay’ whom you face off against (such as a Chef who holds entire towns hostage to his dreadful cooking); when characters clash the banter that results is consistently hilarious and peppers the 9 campaign missions with easily some of the best dialogue we’ve seen on the platform.

The gameplay in Highborn poses an alternate take on the TBS genre, foregoing the usual requirement of mass-producing units to overwhelm the enemy and instead placing a strategic focus on unit value, by placing a finite number of units at your disposal from the onset. The only way you can swell your ranks beyond what you begin each mission with is to capture strategic buildings. Capturing a monastery, for example, will bestow upon you a monk, whilst capturing a Tower will grant you a Mad Wizard. 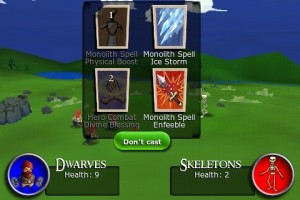 Some of these strategic buildings double as defensive structures, providing an additional attack at the beginning of any battle initiated within their range. Combat in Highborn is typical of a TBS, where units are marched around on a hexagonal grid until in range of an enemy, upon which they can initiate their attack. Combat sequences are automatically generated with Highborn’s great looking 3D combat engine– a welcome addition to the otherwise 2D overview. Though largely static, the results can be influenced by hero ‘powers’ collected from captured Monoliths around the map. These powers are only available to the aggressor however, placing particular importance on getting the first shot in.

Though Highborn is flawlessly presented, the gameplay itself is not without its issues. Units are sometimes moved by mistake or to the wrong grid as simply double tapping on a valid location will move the character there and movement commands cannot be undone (a feature we would love to see in the future). The special powers afforded to the attacker are also quite potent, often rendering the defender helpless. This generally isn’t an issue in the campaign as powers do activate a cooldown to mitigate their usage and the AI is mostly defensive, with many of the monoliths starting as neutral awaiting your capture. In multiplayer however, the issue is more notable, as monoliths are secured early and even overwhelming odds can be turned by the use of these powers. Still, it does pose a strategic consideration that is available to both players, so we’re not willing to call this entirely unbalanced. 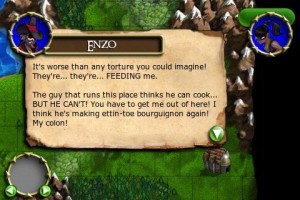 Multiplayer in Highborn is provided through Facebook integration, a fact that may prove difficult to swallow for some, particularly in light of the recent scrutiny Facebook has come under. Fortunately, Jet Set Games has been thoughtful about privacy and your name is not shared with the public at all. Games are initiated by selecting members of your friends list, so games are restricted to amongst those you’ve already approved of. We aren’t rapt about the decision to use Facebook, as many gamers network beyond their local social groups and Facebook is at its core a depository for mostly personal information. A means of accessing gamers without requiring them to be added to your Facebook friends list would certainly be preferred.

In any case, the actual handling of asynchronous multiplayer (functional over 3G and WiFi connections) is seamless and effortless. You choose from a number of small or large maps, take your turn, then wait for your opponent. Once they’ve made their move, their actions are clearly animated for you at the beginning of your next round. You can have a number of games going at once so that you are constantly occupied while waiting for other players. Jet Set Games have gone as far as providing a nifty numerical indicator on Highborn’s icon to show when you have pending multiplayer moves. 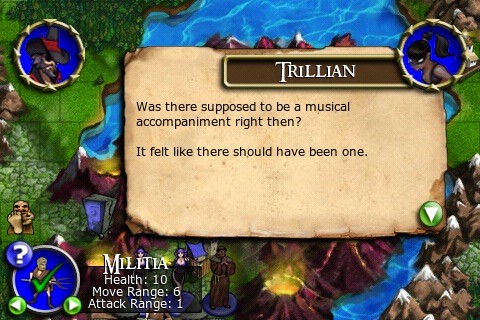 Highborn comfortably sits as one of the best turn-based strategy games we have played on the iPhone. Beyond its dialogue and characters, which raise the bar entirely for humour, creativity and personality (and ability to plough right through that fourth wall); Highborn looks and plays fantastically, with a depth and attention to detail in its presentation that constantly surprises (just take a look at the character descriptions to see what I mean). If you look past the Facebook integration (which we understand some of you won’t, though we strongly urge you to), Highborn also has a lasting and engrossing multiplayer mode that is excellently paced and perfect for portable devices. With additional campaigns promised beyond the 8 lengthy missions currently available (they’ll take you hours to complete), Highborn is a robust and content-heavy turn-based strategy game that will surely leave you impressed.

Impressions from our forums are very positive thus far, but do check them out if you’re after another take on Highborn. We’re confident though that Highborn will remain a fixture on our devices for a very long time. Jet Set Games are also hard at work on an iPad version of Highborn, which should be ready later this summer!