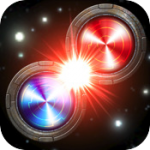 Croquisoft, creators of Castle Fantasy [99¢], recently dropped the price of their other game, Finger VS. Finger [Free], to free. While it may not look that impressive from first glance if all you’re looking at is screenshots, Finger VS. Finger is actually a surprisingly clever turn-based game that can both be played with AI opponents along with a full suite of multiplayer options to play with other people.

The object of the game is similar to playing ringer with marbles in that players take turn knocking the opposing marbles off the game board. You have control of which marble you shoot, along with its direction and velocity. Aiming and shooting your marbles is just a matter of tapping on the screen, and winning games usually involves intelligent use of environmental obstacles to protect your marbles from your opponent.

These obstacles include two kinds of bumpers that both have a different effect on how hard your marbles bounce off of them. There are also black holes that completely swallow your marbles, as well as warps which look like little worm holes that you can shoot your marble through to have it come shooting out the other similarly colored hole in the game board. 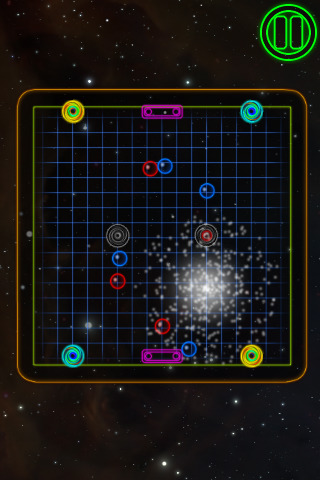 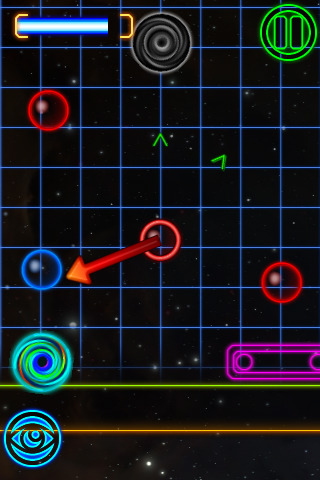 While playing against the AI opponents in the 32 different included levels is a pretty good time, the real killer feature of Finger VS. Finger is online multiplayer which seems to work equally well over both 3G and WiFi. Also, I’m not sure if the developers have bots to play against online or if all the opponents I’ve faced have been human, but I’ve yet to have much of a problem finding a match with another player.

The one down side to the game is that the online functionality is limited to random matchmaking. The only way to play with a friend is to simply use the local single device multiplayer. But, at the current price of free, it’s hard to really get too worked up over the omission of private online matches– Especially when the random matchmaking works so well.

Croquisoft hasn’t mentioned anywhere that I’ve found how long Finger VS. Finger will be free but since App Store pricing can change at any time, you should really snag this game as soon as possible.