In late March we first caught wind of Warblade, an impressive looking vertical shooter that has already lived a long life on the PC. (Starting originally with the Amiga.) The plot of Warblade is extremely simple, an alien race is invading Earth and you must stop them by shooting up every enemy ship that crosses your path. While the game likely won’t win any awards for story telling, the recently released gameplay video really looks great:

The graphics look awesome, and they even go through the shocking number of weapons you can buy in game while playing through quite a few levels. Also, as mentioned in the description of the video, Warblade will come loaded with 100 levels along with 15 time trial levels and boss fights. The game also runs at 60 FPS, but it isn’t clear on which devices.

According to the EMV Software Twitter, the free version of Warblade was recently submitted. The last mention of the full version of the game is from May 6th, where a new beta version was sent to testers. 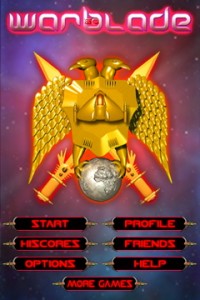 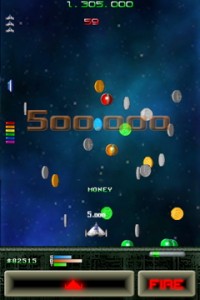 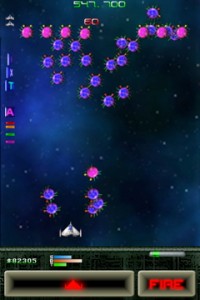 I was excited for Warblade when I first heard about the plans to bring it to the iPhone, and after seeing the game in motion, I can’t wait for it to get here. Hopefully the free version comes with a decent amount of content to hold us over while the paid version is finalized.