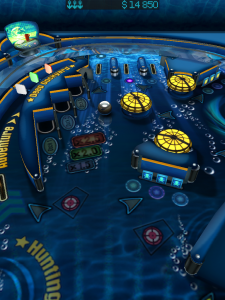 Gameprom has more than proven themselves on the App Store with three fantastic iPhone pinball games: Wild West Pinball, [99¢], The Deep Pinball [99¢], and Jungle Style Pinball [99¢]. Their latest game, The Pinball [$2.99], combines the three of these games in to a single high-resolution iPad game.

All of the high scoring, table objectives, and everything else from the three iPhone games are included, in addition to several different options for playing the game in 3D using stereoscopic 3D glasses. The red/cyan 3D works fairly well, but feels kind of gimmicky like most games that feature this kind of 3D.

Much like the iPhone versions, the pinball physics of each of the included games are phenomenal, but what has left me scratching my head with The Pinball HD is how few view options are included. The iPhone games are played in portrait mode and the camera can either follow the ball or zoom out to view the whole table. On the iPad, this is controlled by which way you orient the device. 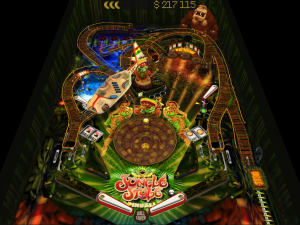 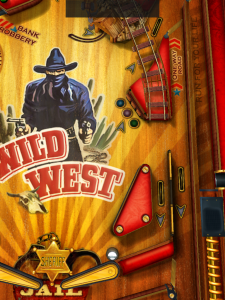 Even though the camera is kind of weird, The Pinball HD seems to be the best pinball collection available for the iPad right now. Gameprom has had a fantastic history of updating and maintaining their games, so I have faith they’ll listen to and implement feedback to change the in-game camera around.