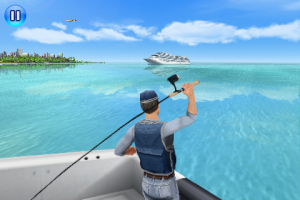 The final game that Gameloft showed us at GDC was Fishing Kings, a fishing simulator that they’re hoping to target the hardcore fisherman iPhone owning market segment with. Freeverse’s Flick Fishing has been insanely successful, and Fishing Kings utilizes a similar control method in addition to some new cool features in attempt to add another layer of depth to fishing on the iPhone.

The most substantial addition is an underwater camera that allows you to see all the fish near your lure, as well as what your lure is doing. What lure you choose also apparently has an effect on how effective your fishing is with more fun things to fill your tackle available to unlock later in the game. 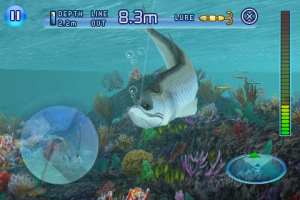 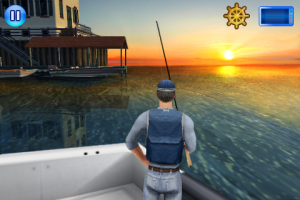 15 different fishing spots are included spread across 5 unique locations, each with the proper fish for the water you’re fishing in to make up 30 fish in all to catch. Al of these things are secondary to the voice acting included in the game. While you’re reeling in a fish, the in-game announcer is constantly cheering you on. It’s beyond ridiculous, and only made worse due to the typical Gameloft voice acting quality.

Fishing Kings is expected to be available late March.