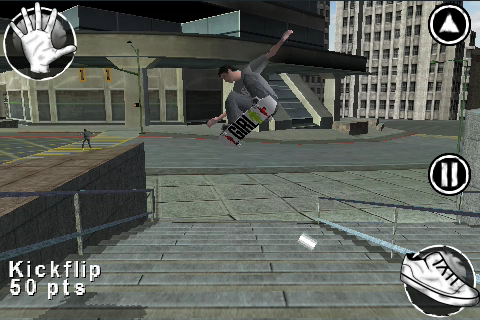 It’s no big surprise that when it gets close to a big conference (Game Developer’s Conference in San Francisco) that developers will taunt us with new screens.

Earlier today EA released some details on their upcoming port of “Skate It” to the iPhone. If you’re not a console gamer, Skate It was the skate board for the Wii and/or DS that has gotten high marks. The iPhone version’s release date is set for May 2010.

Here’s the video for the DS version of the game:

If the screenshots are any indication it’s going to look impressive, but we will have to wait and see how it plays.

The expectations on our forums are high with most people hoping for better controls then other the skate games on the iPhone.