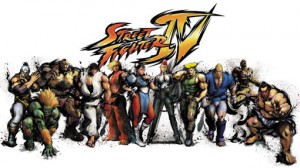 IGN posted some video and impressions of the upcoming Street Fighter IV for the iPhone. The game is expected for release in March.

The iPhone version of the game allows you to play as Ryu, Ken, Chun-Li, Blanka, M. Bison, Abel, Guile, and Dhalsim. According to IGN the move set is “roughly the same" as the console version and includes local multiplayer as well as AI battles. Gameplay, of course, is controlled by on screen joystick and virtual buttons as shown here:

A second video shows the on screen menus. Street Fighter IV is coming out in March for $9.99.