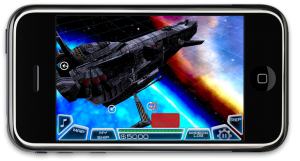 Yesterday I made it out to the Freeverse offices and sat down with their development teams to look at their lineup of upcoming games. The title closest to completion was Warpgate, which we have previewed in the past. I played through the first few tutorial missions, and the game has grown substantially from the initial screenshots we saw so long ago.

The concept of the game has stayed essentially the same since our preview, but since then Freeverse has added a tremendous amount of content and graphical effects. Each system that you can land on has their own economy which is in constant flux, along with a series of procedurally generated random missions that will allow you to play the game forever without running out of things to do. 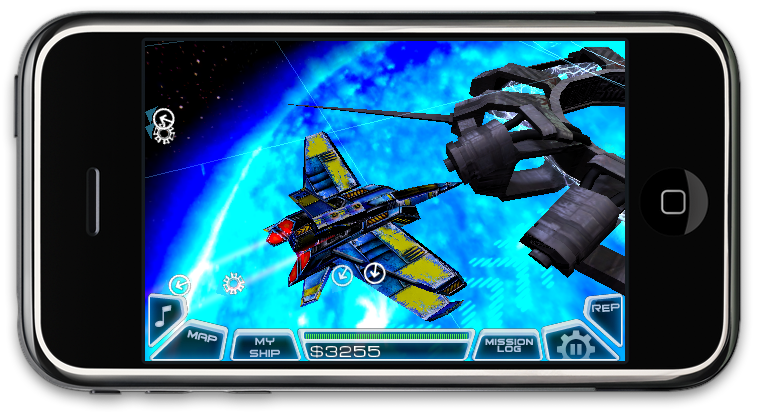 In the graphical department, normal mapping has been added to every object in game. Normal mapping is a rendering technique used to fake shadows and lighting on objects to create much more detailed graphics while still maintaining a low enough polygon count to be rendered at a high framerate. (Wikipedia has an excellent article on the specifics of normal mapping, including an image that does a great job of illustrating what it can do.) 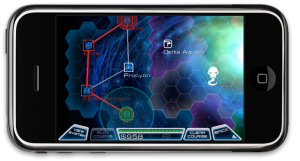 There have been other games for the iPhone that have used normal mapping, but all of these games have been sold as “3GS-Only" games. Warpgate is anticipated to be the first game for the platform that scales these graphical effects based on the device you’re playing it on.

If you’re playing on an iPhone 3GS, normal mapping will be enabled and you’ll be able to see canyons and crags in planets along with the different details of the ships and warpgates. But, if you’re playing on a previous-generation device, the game will gracefully degrade back to standard textured 3D models. If in the future you upgrade to a newer device, all of the graphical features you didn’t have access to are instantly enabled without needing to buy a “enhanced" version of the game.

Here is a video provided by Freeverse illustrating the difference in graphical quality between devices:

Warpgate is still in development and Freeverse is hopeful to have it on the App Store in time for the holiday season. We’ve been playing different builds of the game over Warpgate‘s development, and the game seems to be rapidly progressing. Look forward to a more detailed preview and review of the game here as its release approaches.