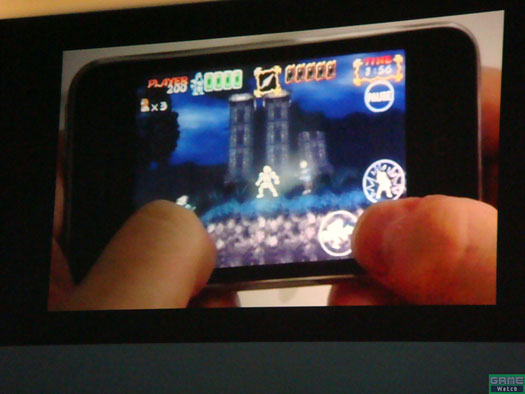 The exact title of the iPhone game, however, was not revealed, though the game is said to use 3D models while still being a 2D side-scrolling action game.

The game is a side-scrolling 2D action game, but the graphics are rendered in 3D polygons. It seems as if you can choose between two initial protagonists at the game’s outset, ‘Arthur’ and ‘Lancelot’.

In that way, it shares some characteristics with the PSP’s Ultimate Ghosts ‘n Goblins which was the first of the series rendered in 3D. Another photo shows the in-game map: 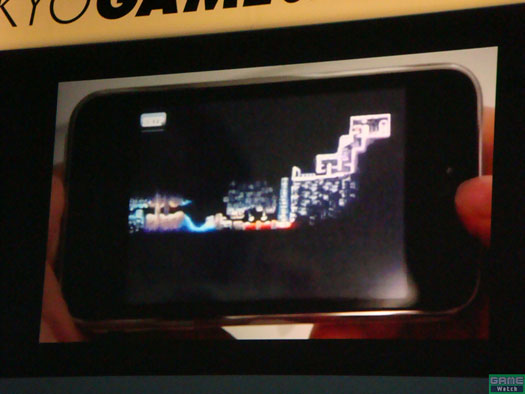 Capcom did not reveal the target price or release date.