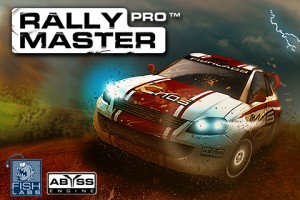 German iPhone gaming site PressHome.de (Translated) managed to score a exclusive gameplay video of Fish Labs’ upcoming racing game, Rally Master Pro. Originally a J2ME mobile game, Fish Labs has leveraged the graphical power of the iPhone to add all kinds of crazy lighting, weather effects and every 3D model in the game is said to have 4x the amount of polygons from the original. We posted some screenshots of the game earlier this month when it was originally revealed, but this is the first time anyone has seen the game in motion.

Rally Master Pro is set to be released sometime this fall.