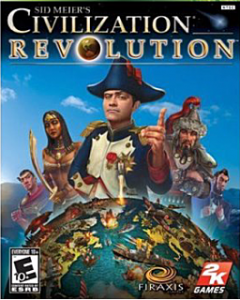 We first got a look at what appeared to be a very well done port of Civilization Revolution [App Store] for the iPhone in a clandestine conference room meeting with several other members of the iPhone gaming media at this year’s WWDC. 2K Games explained that the great thing about Civilization Revolution was that it was built from the ground up with everything that takes place under the hood completely abstracted from the game’s graphics and interface. This allowed for remarkably similar experiences across the 360, PS3, DS, and now the iPhone.

While all of the gameplay, scenarios, and sixteen civilizations to choose from are packed into the iPhone game, multiplayer is notably absent. Each civilization has slightly different bonuses to them, which will aid in satisfying one of the four distinct victory conditions. For instance, if you want to play Civilization Revolution as an economic game, civilizations like the Aztecs start the game with more gold, and get a bonus to gold production. If you prefer to brute force your way to victory, civilizations like the Germans have veteran warriors by default. Other ways to win are by obtaining a cultural victory through producing great people and wonders, or a technological victory by advancing your society all the way in to the space age. 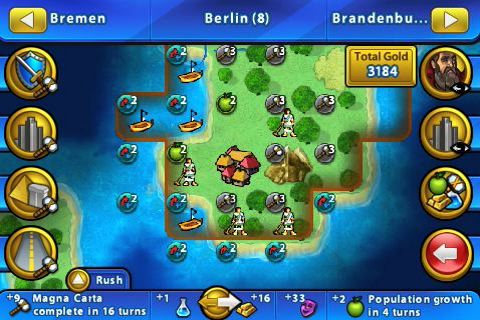 Early reactions on our forums have been mixed, with some complaining about the game’s performance on previous-generation devices. Our own testing did reveal erratic and poor performance on our iPhone 3G, and good performance on our iPhone 3GS. However, others have reported solid performance even on older generation devices. Thankfully, 2K Games released a surprisingly full-featured free version of the game to test the game out yourself. Civilization Revolution Lite [App Store] walks you through the entire tutorial and allows you to play on your own in the two lowest difficulty levels.

If you enjoy turn-based strategy games, Civilization Revolution has gameplay depth that is seldom seen on the iPhone. With enough difficulty levels to provide everyone from casual to hardcore players a good time, enough content to keep you busy for quite a while, and at a significantly reduced price point compared to the game on other platforms, Civilization Revolution will be hard to pass up. With that said, the game is lacking multiplayer, and the iPhone-specific interface seems a little cramped and clunky. Still, I highly recommend giving the Lite version a try.