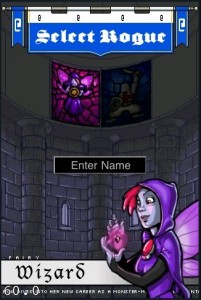 Dinofarm Games released word today about their upcoming “rogue-like" dungeon crawler called 100 Rogues coming for the iPhone and iPod Touch. The lead designer Keith Burgun wrote in an email, “While most roguelikes are very dry, usually with no art or animation and clumsy interfaces, ours is exactly the opposite. We have turn based gameplay, randomly generated maps, permadeath, and online leaderboards, but we also have full 2D animation, original music, and I dare say a lot of personality."

In a recent interview, Burgun describes how they are trying to bring a Roguelike game to the masses with much improved user interface and personality. They are trying to make everything work as obviously as possible so it’s accessible to anyone. They estimate a 30-45 play time per session and with randomly generated content, you’ll be able to play again and again. Longer term plans include the addition more more classes and content:

We are planning to add a lot of content to the game post-release (something on the order of two to three times what will be there on release), but I am personally against adding anything that requires arbitrary knowledge. I want all of the elements to be there, simple, visible, but add up to something complex.

An early gameplay video from the early prototype is posted to Facebook and is worth a watch. 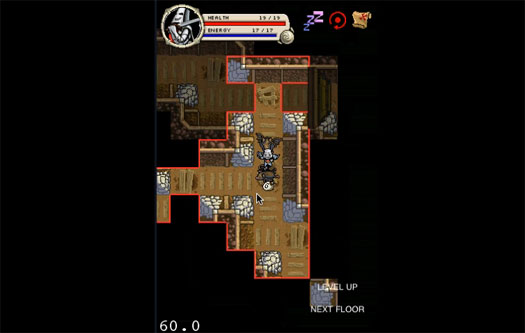