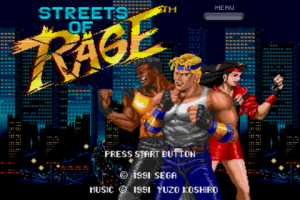 Sega started churning out ports with Sonic the Hedgehog [App Store], which was playable, but performance problems made the game lose its luster as soon as your sixteen bit nostalgia was quenched. In our first look at the game we liked what we saw, but pleaded with Sega that they do something to optimize the emulator as we realized the full potential of the Genesis catalog on the iPhone.

A while later, Golden Axe [App Store] was released. When we checked out the game we noticed this iteration of the emulator was slightly improved with the addition of an accelerometer-based control method, although, in the end, for many it wasn’t very much fun to play after the nostalgia factor wore off due to similar performance levels as Sonic. 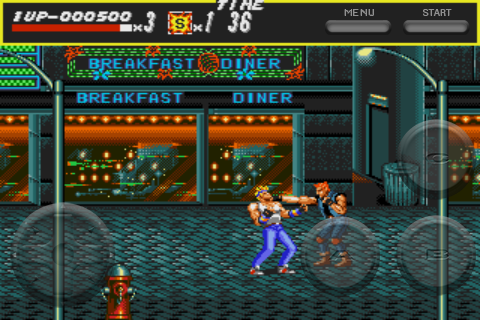 Enter Streets of Rage, between these three games you have the makings of a very solid “best of" collection representing some of the true classics of early sixteen bit gaming. Again, the same mediocre emulator, but this time with a performance issue/bug that makes the game unplayable on the 3GS. 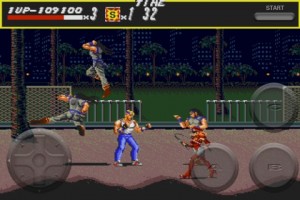 I want to appreciate Sega’s efforts on the iPhone, I really do. Growing up I was the worst console warrior Sega fanboy on my school bus, and was proud to announce the superiority of blast processing, as well as listing off all the things Sega does that Nintendon’t. I was one of the few people to actually own a Sega CD, I even had a 32X. I just can’t get behind this continuing trend of releasing unoptimized ports that run at low frame rates (or worse if you’re a 3GS owner).

As I said with the release of Sonic, Sega is sitting on a gold mine here. But instead of releasing games that actually stand up to the performance of other similar games on the platform, this is what we get. I really don’t know what to do anymore other than shake my head.