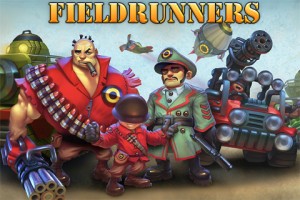 Part of the plan behind Sony’s somewhat puzzling announcement of the $250 PSP Go at E3 this year came in to focus today with the unveiling of Subatomic Studios’ plans to bring Fieldrunners [App Store] to the Playstation Network library of downloadable games.

Fieldrunners, of course, is an original tower defense game that made its debut as an iPhone app late last year. Fieldrunners has been a huge success on the iPhone platform and this seems to represent the first time an original iPhone title is making its way to another platform.

While Sony’s PSP SDK is nowhere near as open as Apple’s, there are over 50 developers currently working on producing content for the PSP Go. Ash Monif, COO of Subatomic Studios comments on Sony’s plans:

“This initiative is about bringing the lighter, lower barrier content to the PSP that has been so successful in other categories. You don’t see this happening at Microsoft and you even don’t see it happening at Nintendo yet. Part of that ‘snackability’ of the content is because you can deliver the content over WiFi super-fast. We’re making games that are just 20MB each, that’s less than a minute to download – instant gratification, snackable content. This is an opportunity for the premier indie developers – and I hope we represent that group – to come in and offer content that will fit the PSP.” 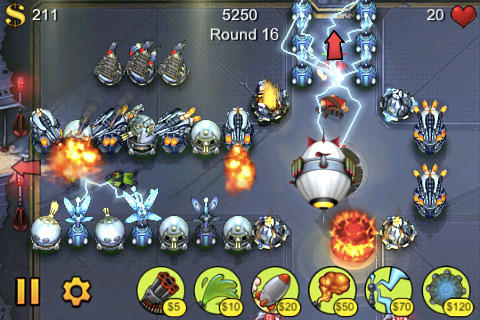 Various “snackable" games like Fieldrunners have been runaway hits on the App Store, but is the gameplay strong enough to stand alone without the intuitive touch interface of Fieldrunners for the iPhone?