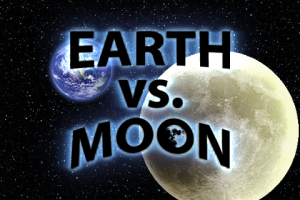 Low Five Games made their debut on the App Store yesterday with Earth Vs Moon [App Store], a game that features a mixture of vintage gameplay elements all wrapped up in a delightfully cheesy game universe where the Earth defends against the evil Moon army.

Beginning with a brief tutorial, Earth Vs Moon explains the simple touch controls of the game which are largely based off the classic arcade game Missile Command. Utilizing the three satellites that make up Earth’s defense system, you touch the screen to launch missiles. 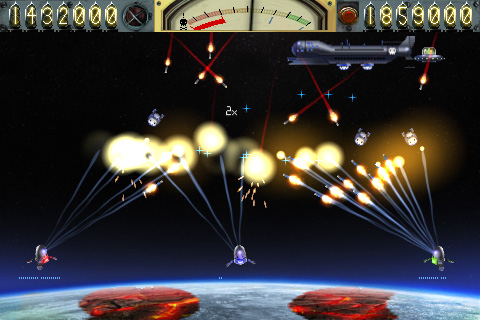 The point that you touch not only controls where the missile will go, but also where it will explode. When one of your missiles explodes, it will take out any enemy missiles inside of the blast radius. Fend off the entire wave of missiles and you progress to the next level. 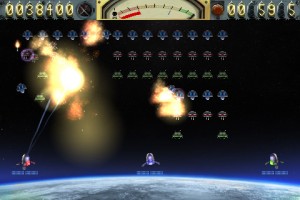 This gameplay style worked great for Missile Command, as well as the countless Missile Command spin-offs and works equally well with Earth Vs Moon. The game is also spiced up with five boss battles, each of which have elements that tip their hat at other classic arcade games. For instance, one boss functions like a giant Pong machine, another works similar to Breakout, and there’s even a level where you fight waves of Space Invaders.

This is all wrapped up with an art style that perfectly fits the mood of the game. Scores are displayed in nixie tubes and the health of Earth is shown in the vintage-looking gauge in the center of the menu bar. Between levels, the story moves forward using in-game newspaper machines, which display the front page of The New Earth Times. (These newspapers can be zoomed and panned using standard iPhone gestures, and are totally worth reading.) 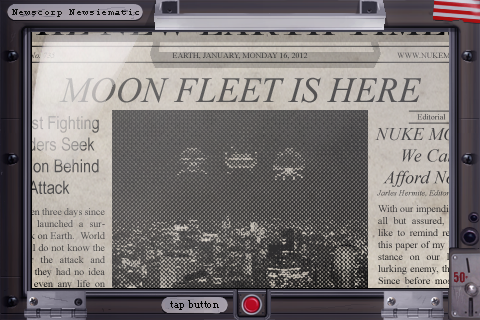 As you progress through the game, additional game modes are unlocked. In Boss Attack, you race to defeat all the bosses as quickly as possible and in Score Attack you play in randomly generated levels to achieve the highest score possible.

Low Five Games released the following trailer for Earth Vs Moon, but unfortunately the trailer’s epic soundtrack is nowhere to be found in the actual game itself:

Earth Vs Moon is totally worth a look if you’ve found yourself enjoying the vast array of updated classic games that developers have been releasing lately to quench the nostalgia of gamers that grew up on them. If Missile Command was before your time, Earth Vs Moon is a game with gameplay elements that have stood the test of time and some pretty great graphics to boot.