It appears Gameloft is releasing their real-time strategy game Rise of Lost Empires for the iPhone and iPod touch very soon.

These screenshots appeared on Spazio Cellulare amongst other sites but we had a hard time finding the original source of the news. The @RiseLostEmpires Twitter account does say that the game is on the way for the iPhone.

The game was previously released for mobile phones and lists the following features:

The mobile version of the game was highly rated. 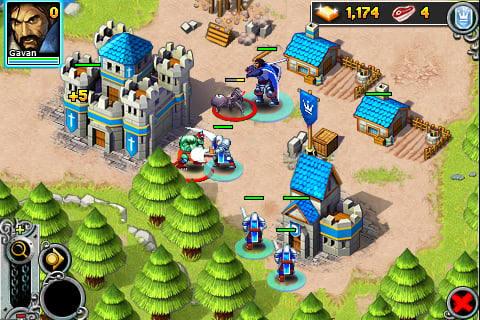 The game is said to be awaiting approval.