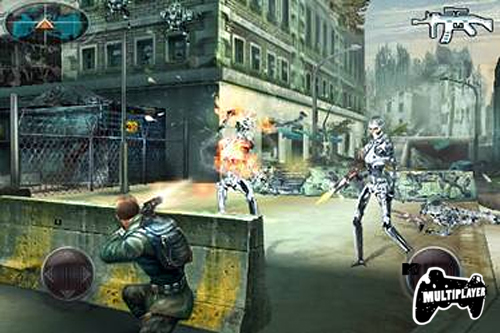 MTV Multiplayer blog reports that Gameloft will be releasing a tie-in game for the upcoming movie Terminator Salvation. The game is due for release on May 22nd, the same day as the movie’s opening.

No details about gameplay are provided yet for this title, though Gameloft’s CEO Michel Guillemot reports they are shooting for a high quality title that is well integrated with the movie:

We wanted to really push the graphics to the limit on this game because of the intensity and power of the action scenes in the film. We worked closely with Halcyon to make sure that the game complemented the film in a way which not only was true to the storyline, but also brought an added value for the player when they bought the game.

MTV asks about the general skepticism surrounding licensed movie games, to which Guillemot points out that their record with licensed titles has been solid with good reviews and high production values.