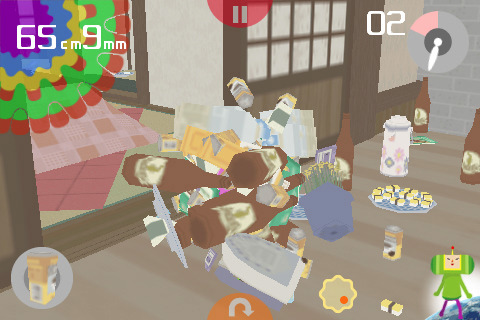 If you had any interest in this curious title, here’s your chance to try it. Namco has released a free Lite version of I Love Katamari [App Store, Free].

The full version of the game [App Store, $7.99] was released back in December but had some notable performance issues. Two updates later, things seem better, but now you have a chance to try it yourself.

The game involves rolling a magical, highly adhesive ball called a katamari around various locations, collecting increasingly larger objects. The Lite version of the game contains a full level of Time Attack Mode where you make a katamari as large as possible within the time limit.