Sunflat has posted a list of upcoming games, many of which include the lovable Mr. Papi character from curiously addictive PapiJump. 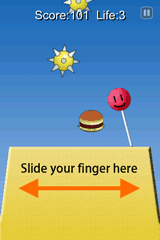 PapiPole – Why? Mr.Papi is on the top of the stick. Slide your finger on iPhone to control the bottom of the stick, and give him delicious hamburger time!

PapiJump Plus will be priced at $1.

Flying PapiJump – Mr.Papi was hungry. So he began to explore the cave of hamburgers! This is jumping action game, including many levels. 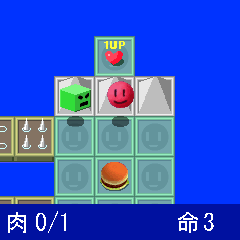 PapiJump Land – Mr.Papi went to the Hamburger Land to eat the ultimate hamburgers! This is jumping action game, including many levels.

3D TiltCave – A speedy 3D action game. Tilt your iPhone not to collide with the wall of the cave.

BREAK DOWN – Break all blocks with balls. Slide your finger on iPhone to control the racket to knock back the balls. Similar to the classic block-breaking games, but note that the balls fall down with gravity, and you should move the racket from bottom to top to knock up balls highly.