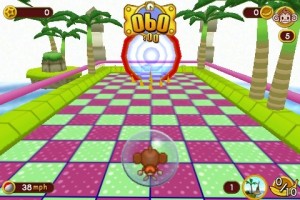 MTV’s Multiplayer blog reports that Sega is working closely with Apple on an update for Super Monkey Ball [App Store] to improve its controls.

Despite Super Monkey Ball’s immense popularity, one of the biggest complaints is the difficulty with the accelerometer control sensitivity.

The patch should (at least) introduce the ability to tweak the “dead zone” in “Super Monkey Ball.” The dead zone is the orientation at which you could hold the iPhone to stop moving. As it stands, it’s almost impossible to find the “dead zone” without dying multiple times.

No timeframe for the update has been revealed, but we’ll let you know as soon as its released. As with all updates, it should be free for existing owners.