Niantic’s Pokemon GO (Free) is set to get two big improvements this summer with testing rolling out soon. To make for a more immersive experience, Pokemon GO is going to get a real-time sky mechanic that tries to match a player’s geographical location sky lighting. Beyond that, new Pokedex features are coming including additional Pokedex classifications to keep track of different Pokemon variants and attributes. More details about both of these features will be revealed soon with trainers around the world being able to test the features. Niantic will also reveal details about the game’s fifth anniversary celebrations soon. 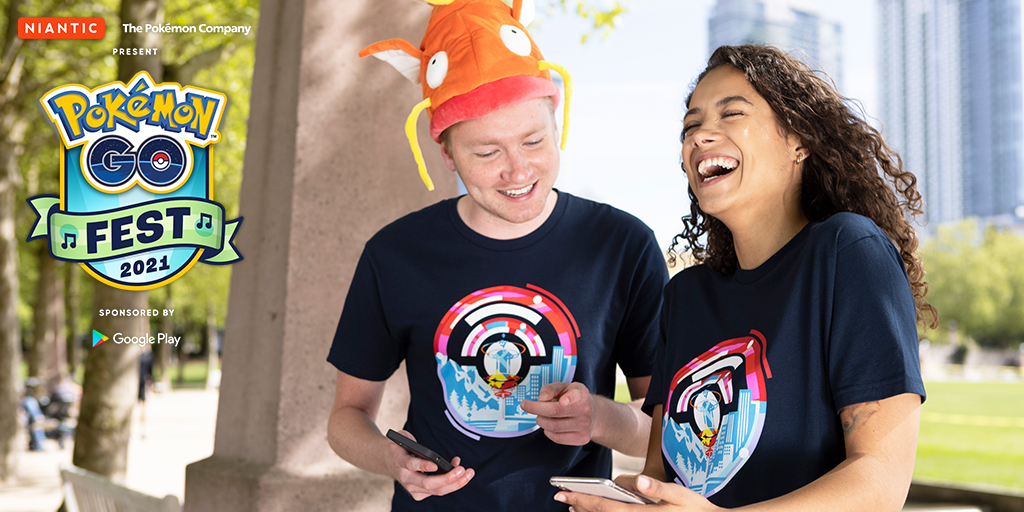 Niantic also revealed that Pokemon GO Fest 2021 t-shirts will be available in USA, Canada, and Japan in limited quantities. Details on ordering the t-shirts by region are here. For USA and Canada purchases, each Pokemon GO Fest 2021 t-shirt will include a Professor Willow Pokemon TCG card. It is going to be interesting to see what Niantic brings to Pokemon GO this year with two remakes coming and the highly anticipated Pokemon Legends: Arceus coming in January 2022. Head over to our forum thread for more discussion around Pokémon GO. It is available for free on iOS and Android. What do you think of how Niantic handled Pokemon GO with many people being at home or indoors and what would you like to see this year?