Stranded Sails: Explorers of the Cursed Islands () is a game that’ll start off pretty strong. You begin as the son or daughter of a ship, set to go on a voyage to bigger and better places. It’s not long after the tutorial that you’ll learn that you won’t be getting to that bigger and better place and instead your father’s ship is destroyed and the crew is scattered. It’s up to you to save them. It’s a pretty standard story that really won’t be throwing you any curveballs, but hey, gameplay is a pretty big deal and there’s a lot of it to go around.

The beginning of the game will probably be enjoyable. You’ll learn a good deal and it’ll all be at a good pace. You’ll pick up farming pretty quickly and it’ll feel helpful but won’t be something that takes an overwhelming amount of your time. In fact, the beginning is about the only time you’ll feel this way as more features will take up more and more of your time.

For starters, you’re going to have your hands full with a lot of different things. Once you arrive on the island, it’ll start off with the smaller things. You’ve got to find a few washed up tools, some seeds, your father, and a few more crew members. From there, you’ll be growing crops and building shacks. Growing things is pretty simple: dig up the earth, put in a seed, then water each day. Some seeds will require replanting after every cycle but you’ll earn more seeds every now and then anyway and can easily have a budding plantation early on. 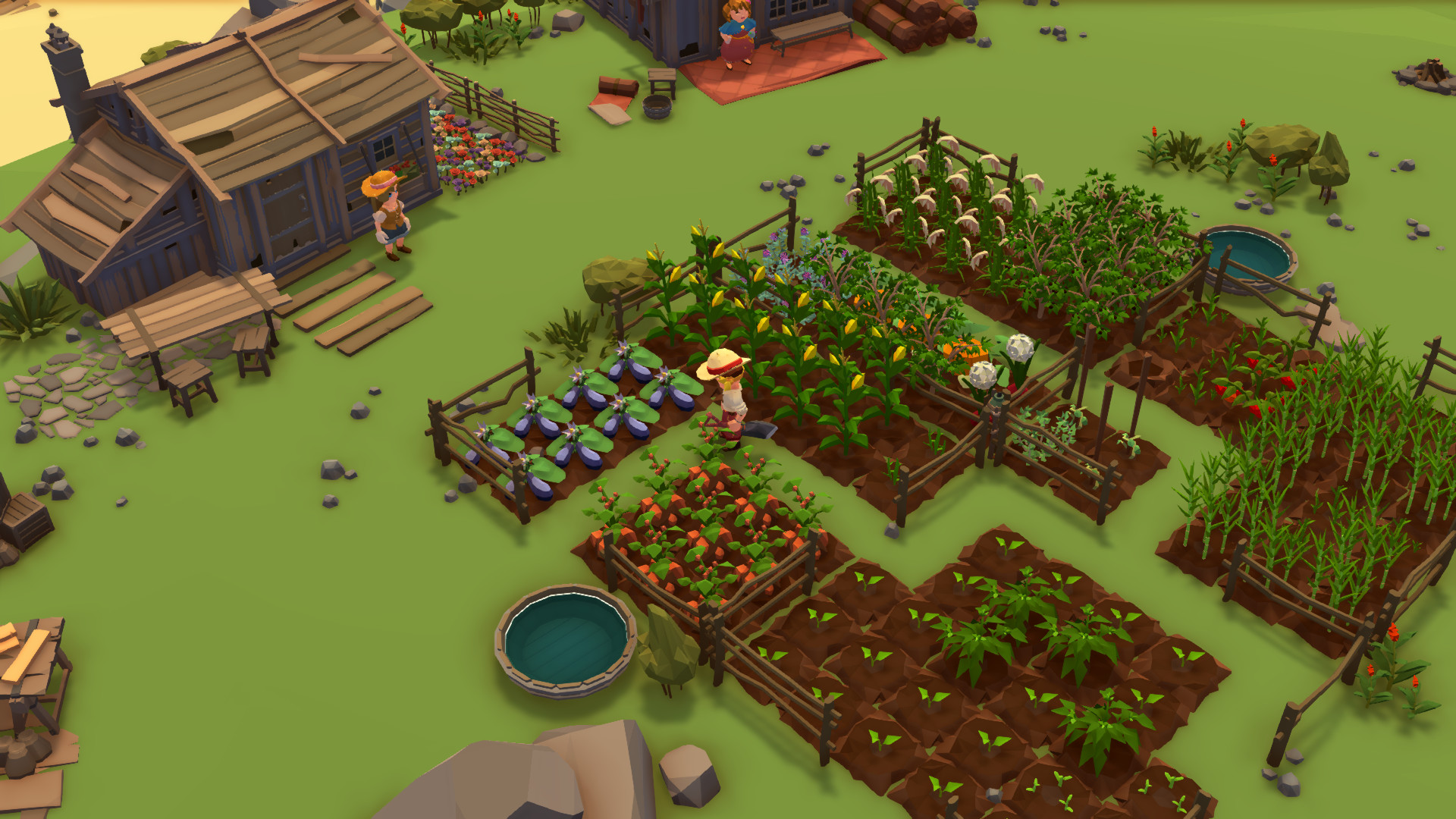 Building is another beast and one I’m not quite happy with. At first, you’ll be building what you expect — shacks, a cooking station, and a crafting area. Seems simple enough and it is. Unfortunately, that’s the majority of what you’ll be doing. Period. You can’t choose locations, customize them, create better tools. It’s kind of uninspired and felt more like a chore than anything else.

As you progress through the game further and unlock more and more of the crew, you’ll also unlock more tools like the telescope, a boat, or a fishing rod. I must say that I did enjoy the simple fishing mechanics but fish cannot be cooked on its own and must be paired with your crops to be useful. That means that you’ve got to spend time fishing and planting, watering those pesky crops every day, not to mention building, cutting trees, finding resources and more. The worst part? All these crew you’ve been gathering apparently are extremely busy on this deserted island as nobody will ever help you with anything. The farmer lady won’t water the crops. The chef won’t cook. The fisherman doesn’t fish. Your father at least has the legitimate excuse of being injured, why in the world does no one else do anything?! 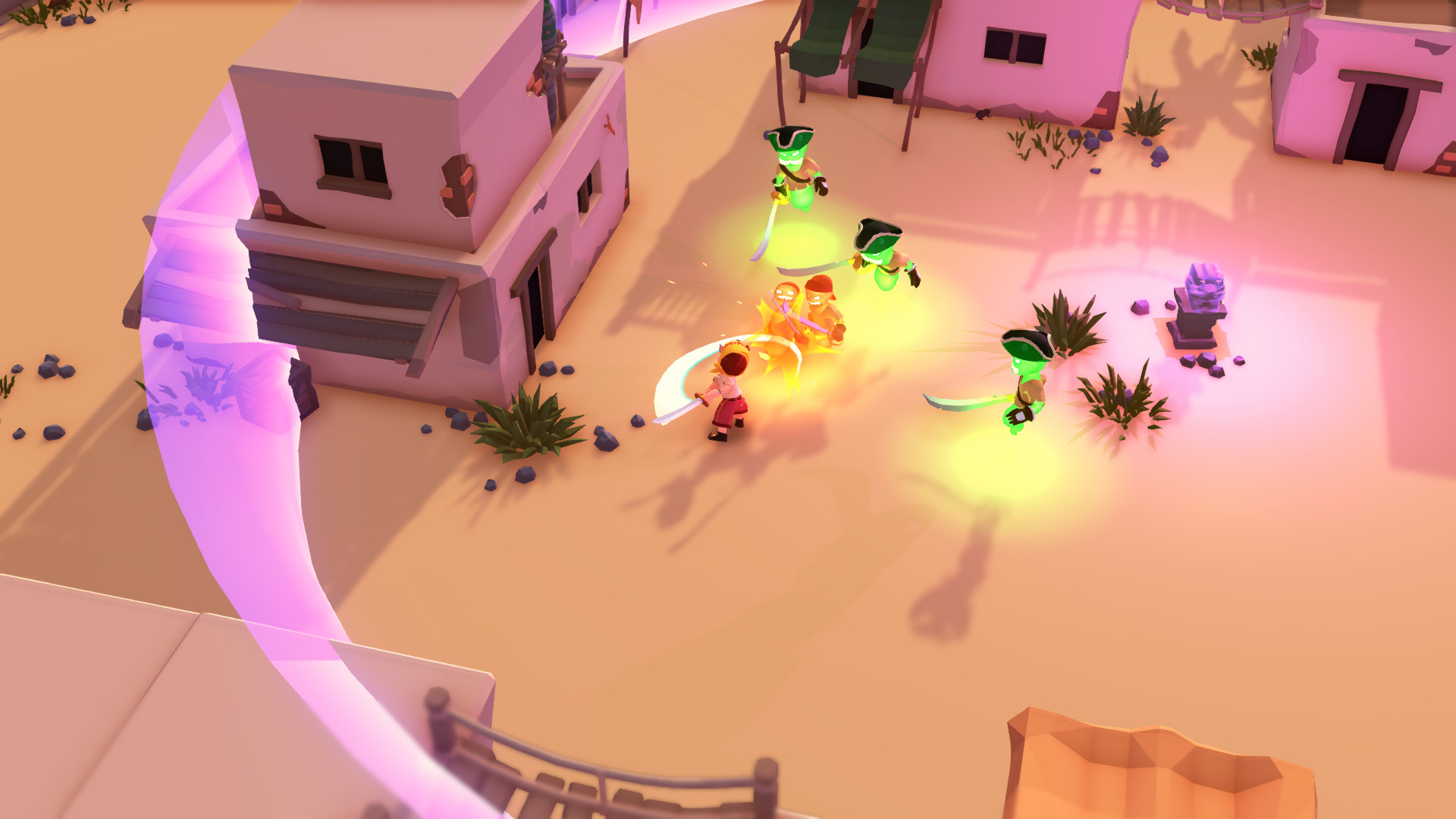 The game will quickly go from fun to frustrating as the more your progress, the more you’ll have to do. Using the boat to travel to more distant islands will require you to bring food with you. With limited food spots (3 at first), you’ll quickly find yourself needing much better recipes, which are tough to unlock. Recipes are unlocked through trial and error. Select a random question mark in your list, pick some ingredients, and it’ll show a check for each one that’s not only the right ingredient but also in the right spot. Yep, you heard right, apparently if you cook something in the left slot instead of the right slot, it’ll ruin that recipe. Go figure.

Behind the many well-intentioned, flat-falling mechanics, there actually is a good game. The story and setting are both interesting enough to me. I mean, who doesn’t love a good deserted island survival story? Add that to the fact that there are clear signs of a previous civilization, and a sprawling one at that, and a mystery begins to unfold. Collecting relics will help you to solve that mystery but they’re few and far between so don’t expect them often.

The graphics of Stranded Sails pair well with the sounds of waves crashing, birds squawking, and endlessly walking on sand. It looks and feels like a nice, relaxing game even though it never lives up to being one. The controls, also, are well thought out. Use the bottom left of your screen to drag and walk while the bottom right can be used to run or use items. Be careful where you go, though. I found myself trapped on top of a tiny 2×2 box after somehow just walking up. A rather bothersome glitch, it was, as the only way down was for me to run around on top of it until my energy ran out as I did not yet have the map to fast travel.

So, what’s the verdict on Stranded Sails: Explorers of the Cursed Islands? It has all the makings of a good game but fails to execute most of them well. Rather than rewarding you the more you play, it feels like it’s punishing you by everything you have to do the further you go. If there was just the one change of your crew being able to make daily items for you, it would be tremendously better. Until then, it falls into mediocrity.