It’s actually somewhat surprising that no one has made a mobile game called WWE Universe (Free) until now. That’s because it’s the term that the world’s largest pro wrestling promotion has used as a name for its supporters for some time. It fits with the sheer grandiosity of Vince McMahon’s thinking, almost implying that there are fans of sports entertainment on planets beyond Earth.

And maybe there are, but they’ll need to join us here to try out this title from Glu Games, which somehow manages to fill a niche not already being satisfied by one of the other free WWE mobile games already out there. WWE Universe has some commonalities with WWE Supercard, but it goes beyond just comparing stats between wrestlers and actually makes skill a part of the in-ring action. It also has a roster chock full of superstars from throughout the promotion’s history, so if you have a favorite wrestler, they’re probably on it.

Let’s not just talk about it, though, let’s be about it. Our WWE Universe guide will tell you not just how to play and collect more wrestlers to fill out your own personal roster, but how to do it while spending as little money as possible — maybe even zero, unless you really feel compelled to shell some out. Ring that bell and let’s go!

The object of a match in WWE Universe is kind of like the real thing: To pin or submit your opponent before they do the same to you. You can do exactly that by depleting your opponent’s energy using a turn-based combat system that has a risk-reward element and some quick reflexes at times.

During each “turn" in a match, you select one of three different moves: Light, Medium, and Heavy. Light moves succeed every time but do the least damage, while Medium and Heavy moves hurt your opponent more but have a chance to be countered, at which point your foe does a move to you instead. 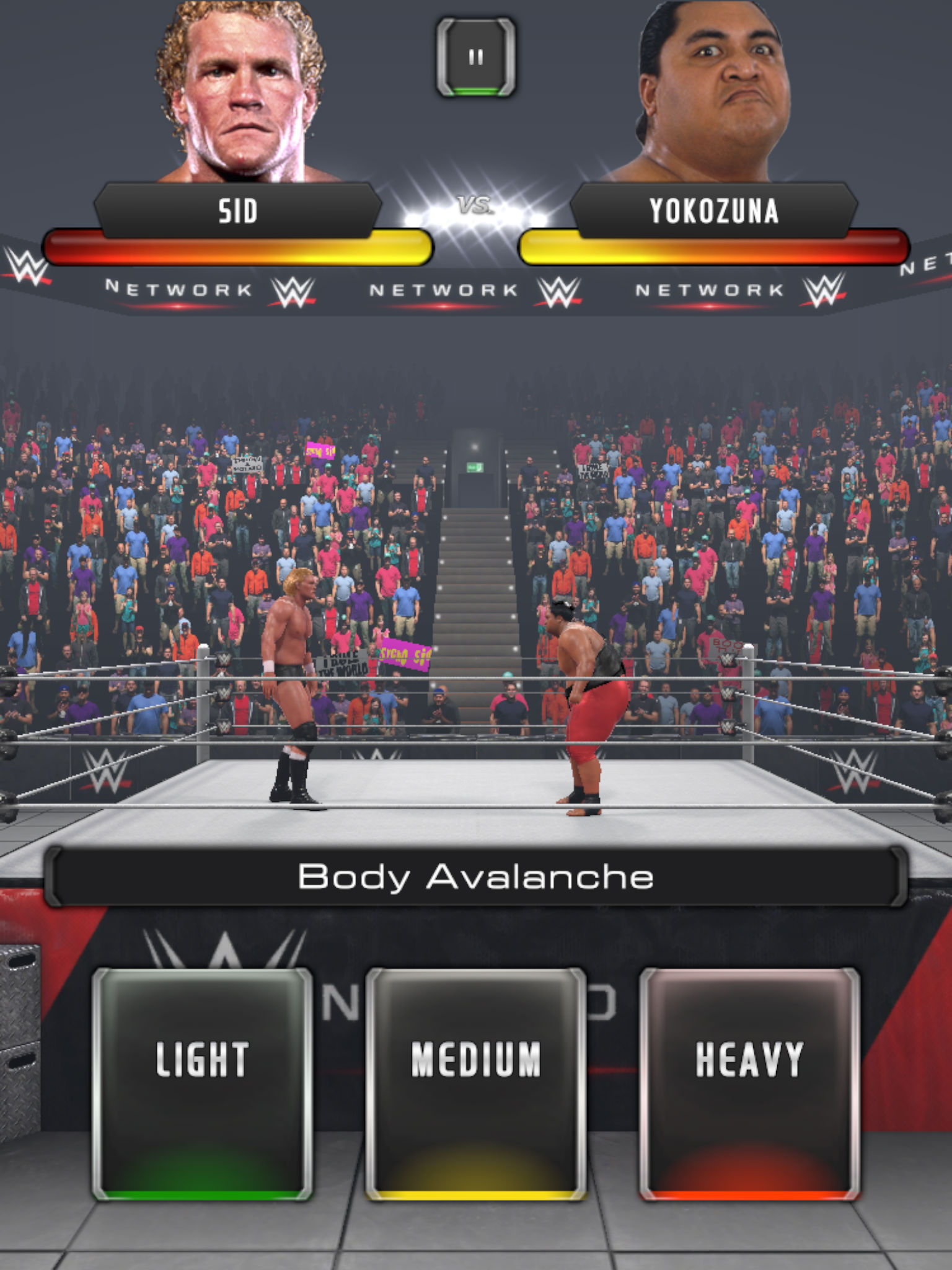 As you and your opponent successfully land attacks, a meter at the bottom of the screen will fill up and eventually let you execute either a Signature move (earlier in matches) or a Finisher (when you are in the endgame, as Doctor Strange would say). These moves do a lot of damage but also require you to stop a meter by tapping on the screen when the needle is as close to halfway as possible. Mess this up badly enough and your opponent may counter your move. The same is true in reverse when the other wrestler tries a Signature move or Finisher on you: Stop the needle close enough to the center and you will counter or reduce the damage, fail and you’ll get crushed. 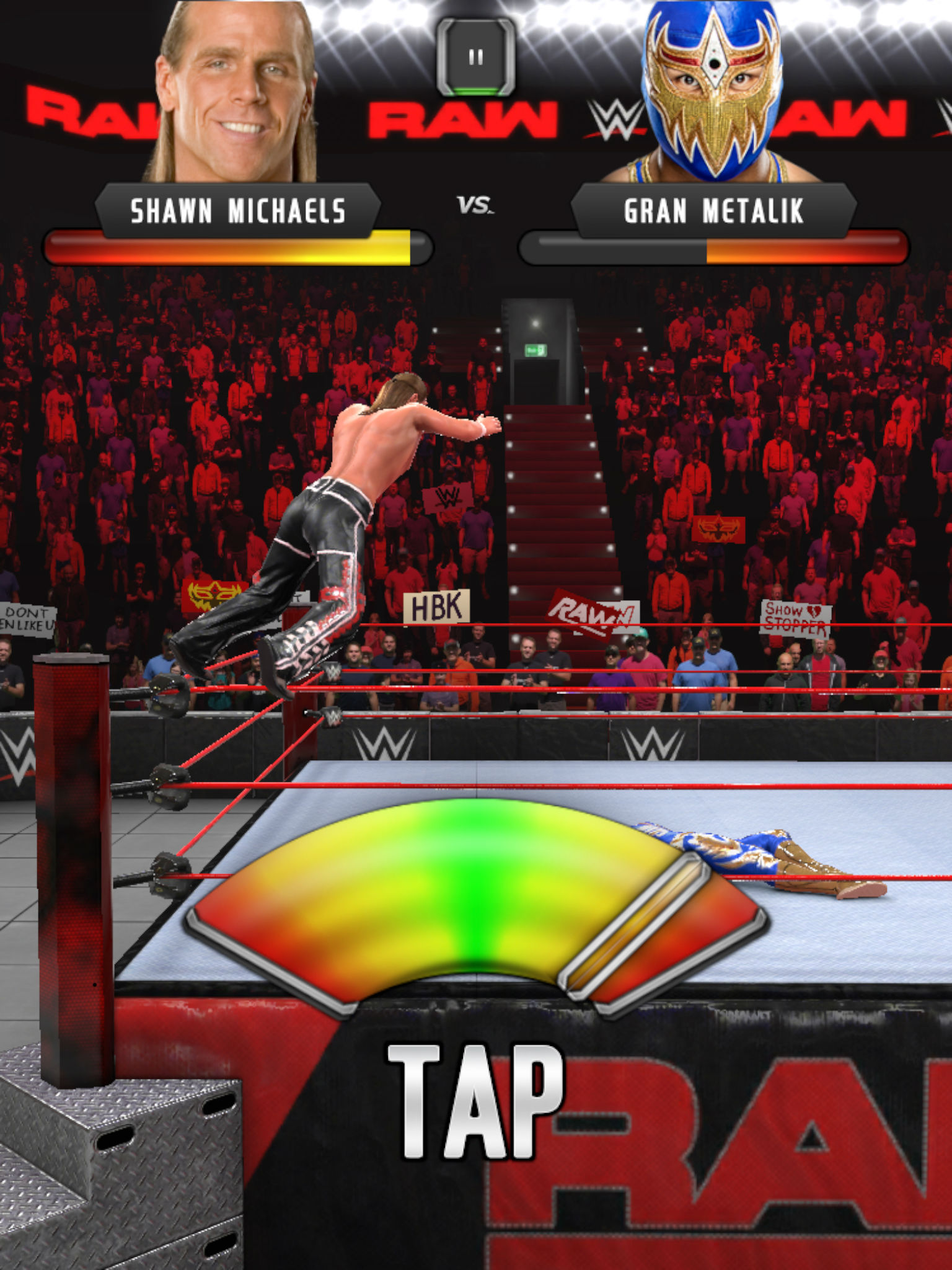 After these big moves, you may attempt a pinfall or submission hold, but your opponent will have a chance to escape. However, if you knock their energy down all the way, you’ll automatically win the match as soon as you successfully pull off your Finisher,

Bonus tip 1: If you are the one being pinned or submitted and still have energy left, you’ll have a chance to escape by tapping on the screen as fast as you can.

Bonus tip 2: WWE Universe also has tag team matches, which work exactly the same way as singles matches except that there’s a button to  tap to tag in your partner.

Generally speaking, having a wrestler with a larger overall rating will give you a big advantage, and taking one at too big a deficit into battle will generally lead to a loss. Still, it’s nice to know that with some skill and practice, you can pull off some upsets from time to time. 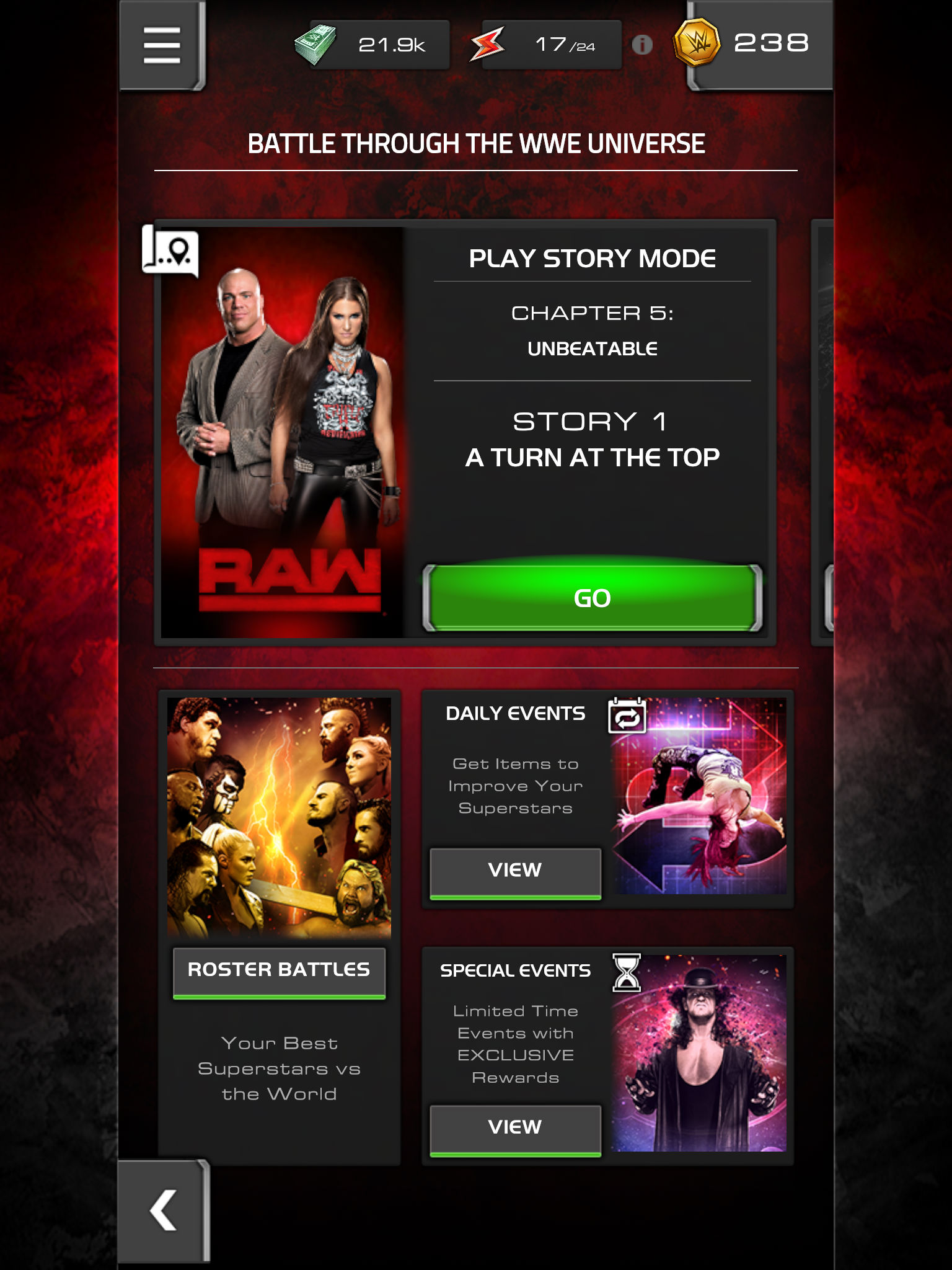 Now that you’ve got the game mechanics down, you’re ready to charge into everything WWE Universe has to offer, right? Well, yes, but wouldn’t it be nice to know exactly what that is first? We like to think so.

Though not all available to you right away, the game has a number of game modes from which to choose.:

Except for Roster Battles, which have their own energy mechanic, all other modes use a shared pool of Energy that refills at a point per five minutes. You can also buy 25 Energy for 50 Gold, which is the game’s premium currency.

How to Get More Wrestlers for Free

This is the big one. To take advantage of the wide range of wrestlers (sorry WWE, but that’s what they are when you come right down to it) in the game, you’ll want as many of them on your side as possible.

The game wants you to spend money to get them, and there are numerous ways to do that in the Store if that floats your boat. If you’d rather not pay for the privilege, here’s what you need to do to find more on your own:

How to Earn Free Gold in WWE Universe

There’s Gold in them there … well, not hills, exactly, but there are methods to piling up some of the shiny stuff that don’t involve IAPs. Good thing, too, because Gold can buy you draft pick cases with some really rare and powerful wrestlers in them.

Incidentally, though draft picks can be had for as little as 100 Gold, you’re better off saving up to buy the Gold Drafts at 500 Gold, as they guarantee you either a Silver or Gold wrestler. Might as well not even deal with Bronze if you don’t have to.

In any case, let’s get to that free Gold:

Hit the Gym: How to Make Your Wrestlers More Powerful 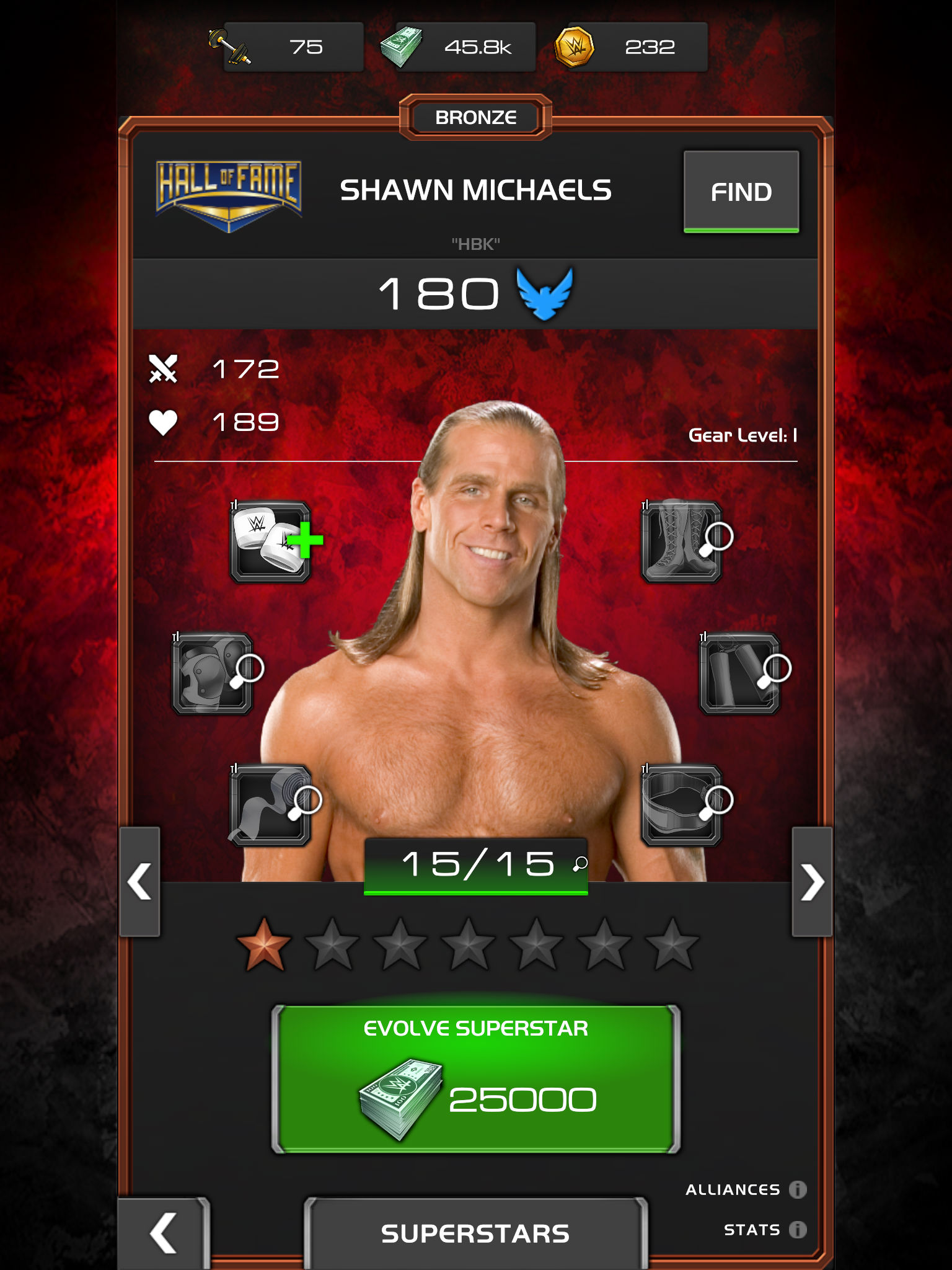 The base value of your wrestlers is cute and all, but they’re going to need to keep getting better or else they won’t be much use to you as you  get further into the game. Happily, there are ways to do exactly that.

Note that when you hit a certain number of copies, you can evolve your wrestler to the next star level by spending the required (sometimes pretty expensive) amount of Cash. You’ll need more and more copies as you advance up to seven stars, but you’ve probably deduced that yourself by now.

Congrats! If you’ve made it all the way through these 1700-plus words, you’re now ready to start winning some championship belts during your WWE Universe journey. Best of luck in your future endeavors, as Big John Laurinaitis once said.