Skullgirls (Free) on mobile is the gift that keeps on giving, what with its solid fighting mechanics that have been built specifically for mobile and a constant stream of updates adding in new content and features. This week the latest update has arrived and it’s a pretty significant one. Headlining the version 3.3 update is a Filia Origin Story, which covers her mysterious past and how she first met Samson. The Origin Stories are like companion episodes to the game’s main Story Mode that feature extremely challenging battles and cutscenes that go in-depth into the lore behind the characters in the game. It’s been a while since we’ve had a new Origin Story but the team at Hidden Variable promises that they’ll be releasing new ones at a quicker pace from now on and even divulged that an Origin Story for Squigly is already in the works and is next in line. 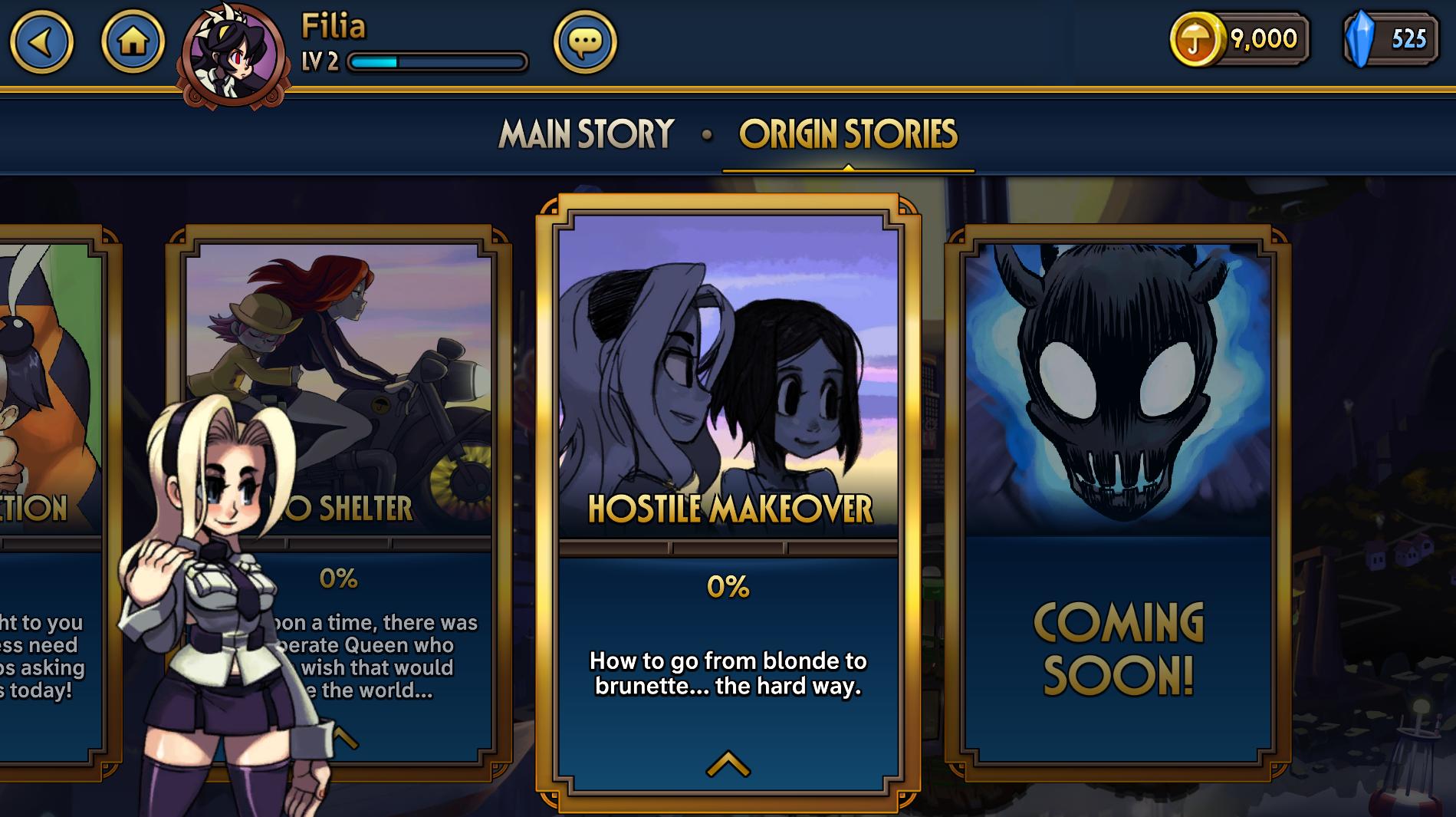 The next big addition is a new Master difficulty level for the standard Story Mode chapters. Now I’m no expert player or anything but I feel like I have a decent set of skills in Skullgirls Mobile, and I find the previous top difficulty Expert to be a massive challenge. Master difficulty however sounds like it is meant to just straight up crush people. Hidden Variable says this difficulty was designed to “test the mettle of even extremely late game collections" and that the various fighter restrictions are meant to “take you out of your comfort zone and really test the breadth and depth of your Collection." So no, you can’t just use your strongest Diamond characters and brute force your way through in Master difficulty, you’ll need to actually strategize and use different types of skill sets to be successful. It sounds both daunting and extremely fun at the same time. Oh, and Master difficulty will be making its way to the Origin Stories at some point, too.

As for the rest of the update, there’s a handful of new fighters added to the standard Relic pool, Robo-Fortune’s Prize Fight has been added to the standard Prize Fight rotation for this awesome new character who was added back in April, Rift Battles have seen quite a bit of tuning, and tons more balances and changes throughout the rest of Skullgirls Mobile. As always you can get all of the nitty gritty details in the version 3.3 update notes post over on the official Skullgirls Mobile forum.