I may be a bit iffy on deck builders (there are just so many flooding the mobile market at any given point in time) but I do love to play a great roguelike, so my attention was captured the instant I learned of Card Crusade (Free). As a genre, roguelike titles often feature randomly generated dungeons through which players have to battle and pillage through until they make it to the end. I doubt I’m alone in finding the genre a bit oversaturated, often over-sold versus what a game may actually contain, but Card Crusade is almost exactly what a deck building roguelike on smartphones should be. The heroes are there. The enemies are there. The looting and the battles and the tactics, it’s all there, and playable with a single hand.

The game takes place in randomly-generated dungeons; the goal is to get through ten increasingly difficult floors. There are enemies around every corner, chests to plunder, a shopkeep to meet, and a whopper of a boss battle waiting at the end of the last floor. Moving around is as simple as clicking where you would like your little hero to go next, so usually you’ll be going through doors, towards enemies, or searching for loot. When you’re close enough to enemies, a battle will automatically begin – but don’t worry, you’ll never be ambushed and always take your turn first. And there’s no time limit, so you can take your time and really plan out how the battle may unfold if luck is in your cards. 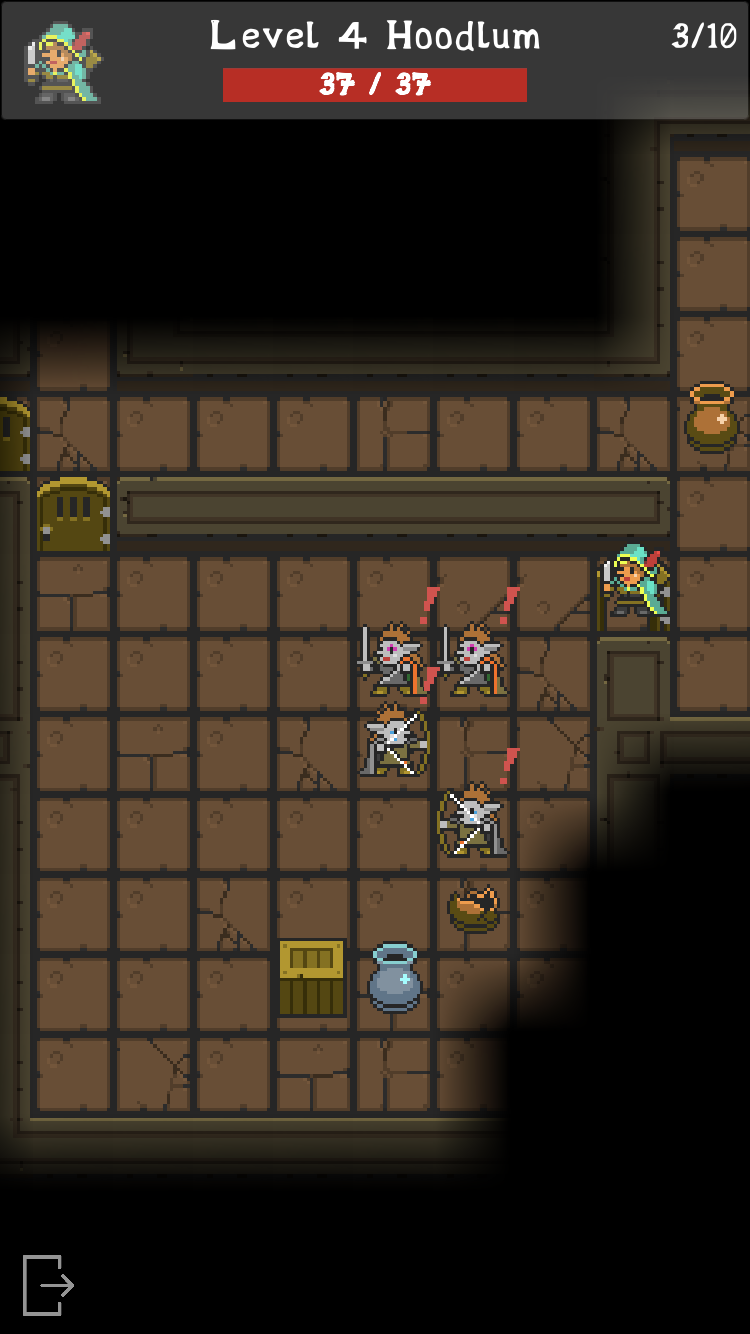 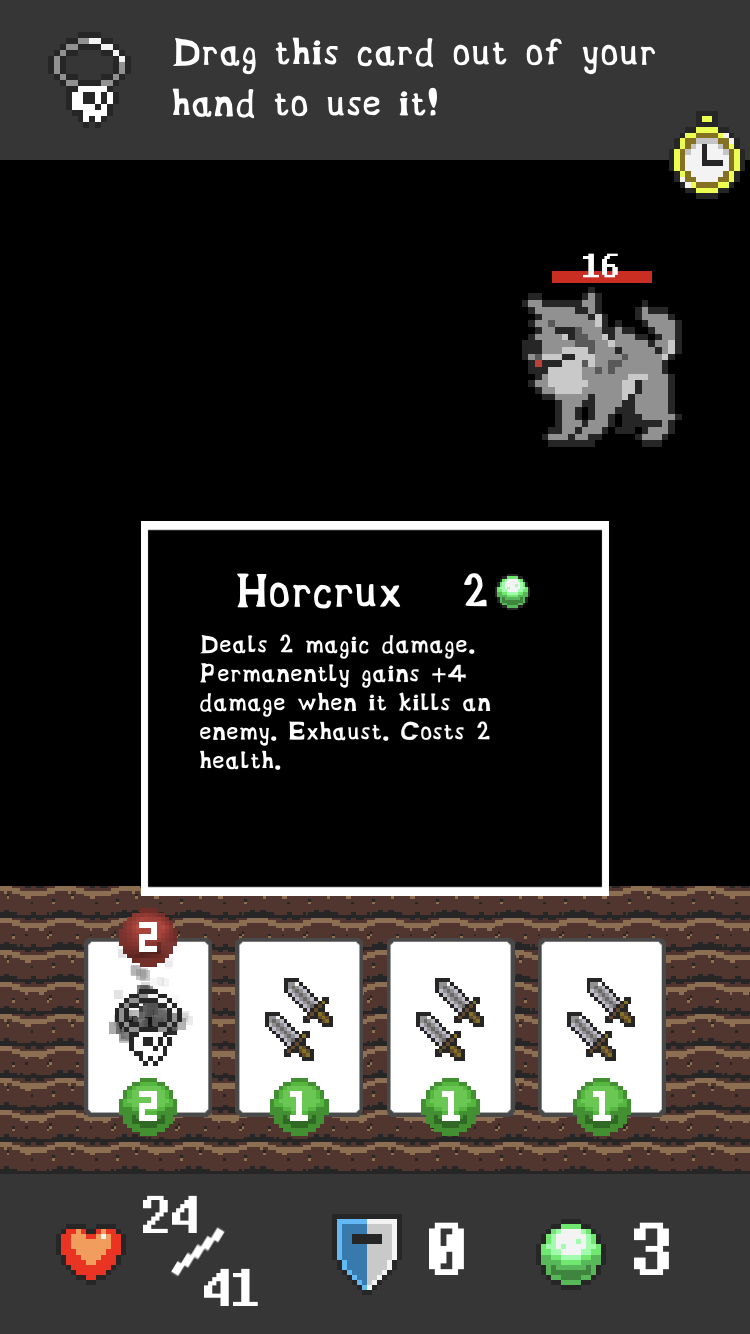 You use your deck of cards to battle, with cards either useful for attacking or defensive moves. You have a limited amount of energy per turn, and each card will display a value for the energy it will use. Sometimes enemies are simple, but other times they spawn more enemies, making strategy a necessity. And sometimes you just need to beat the snot out of them while sacrificing your own health. Either way, they get much more difficult the lower you descend into the dungeon.

Card Crusade doesn’t claim to do anything revolutionary, and that’s why it shines. When you begin a new dungeon, there are eight characters to choose from – if you’ve unlocked them. Each has its own unique power and card. At first, only the crusader is unlocked; you can check on the others to learn how to earn them. This equates to a remarkable amount of tactical choice from the very beginning of each new playthrough. Each character even has two avatar choices, although this impacts absolutely nothing other than a splash of color on the screen. Your typical RPG classes are present and renamed: for example, dark mages are Sorcerers and white mages are healers. The actions required to unlock each is related to their characteristics. Familiar RPG enemies also make appearances, and you’ll find yourself battling with anything from rats to slime to other sorcerors. Learning about each is as simple as a tap during battle.

Here is a gameplay example, the first floor of a dungeon:

Altars add another level of gameplay. Unlike many of the elements which I praise for being familiar, altars are a new element to the genre. Altars randomly appear and alter gameplay if you so dare. One aspect will become more effective (say, your blocking) while one becomes less so (such as your magic attacks). It’s just another way that Card Crusade layers strategic choices.

So those are the elements familiar for (and one new to) roguelikes, but what about the all important deck of cards that allow battles to flow? I’m a collector, and am very satisfied with the amount of items/enemies to clear in the dungeons. It’s so enjoyable, in fact, that I find myself clearing every floor before stepping down to the next. This also has strategic value, as it keeps my character level up and increases my chance of finding treasure chests containing new cards or the shop to purchase new cards.

And it really is all about the cards. Some, such as potions, are consumable. Others can be used repeatedly, and a handful can only be used once per battle. There are attack and defence cards, armor cards, physical cards, and magic cards. But like Pokémon, I’ve gotta collect ’em all. The shop helps with the goal. Every now and then, you stumble across a shopkeep surrounded by items you can purchase. You can also ask the shopkeep to remove cards from your deck, but it will also cost you. Item prices are perfectly reasonable when compared to the gold collected through the floors, especially if you chose to break all the vases (but you don’t have to). 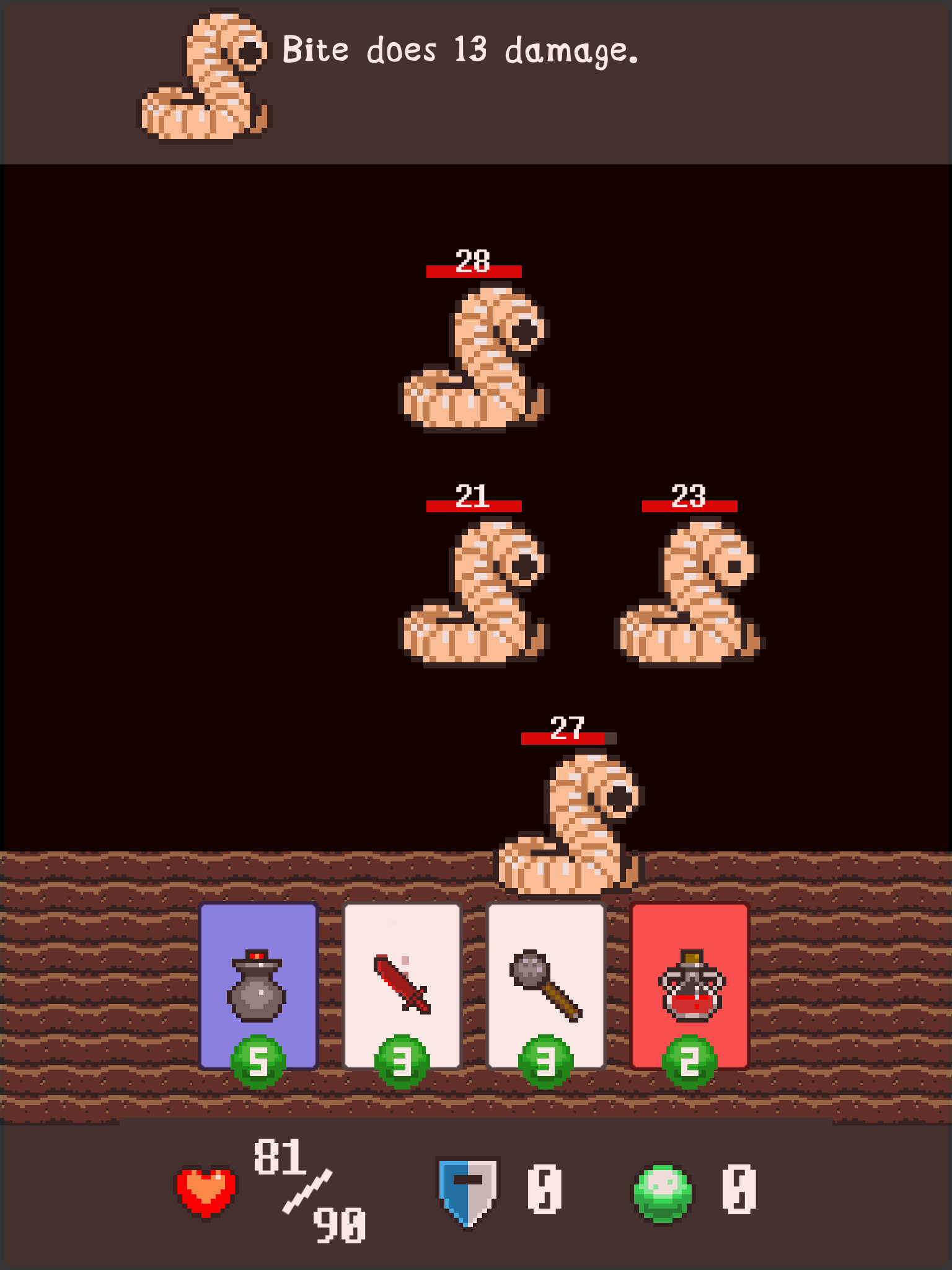 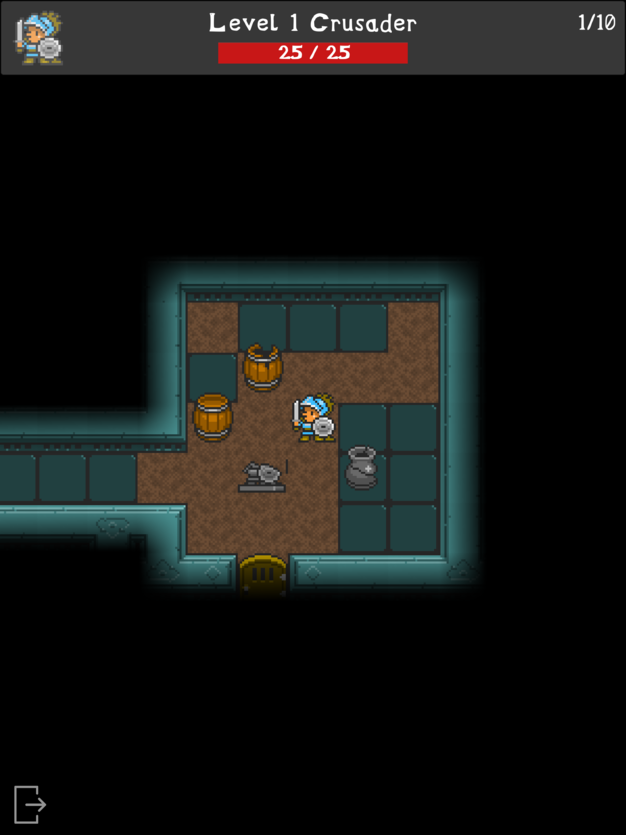 The variety of cards available was perhaps the biggest surprise about Card Crusade. I expected the usual, things like attack with a sword or put on armor, but I didn’t expect such a vast array that range from funny, to pop culture, to familiar. Each card has its own pros (and often cons) so having a good variety is key, especially once you hit the lower floors. There are a few standouts for me:

For all the praise I have for Card Crusade, I do have some minor complaints. First, I would love a better way to view your current deck – the current system is a list, but a tile view would be wonderful. I also believe the game would benefit from cloud saves. I love playing on my iPad while at home, and would love if those saves linked to the game on my phone so I can share unlocked characters and scores. And that reminds me: scores. The leaderboards don’t seem to work, but I hope it’s online as there is another section where you can view your own runs.

When it comes to describing Card Crusade, I think calling it a new classic isn’t an exaggeration. Classic roguelike gameplay with classic characters, classic villains, classic pixel art, and music reminiscent of the early console days. Seriously, the music makes me feel like I’m back in my cousins’ playroom watching them in awe. The game is great for one-handed play while you’re standing on crowded public transit. It provides near-infinite possibilities as it stands, but my mind is already floating to what could be added later on, such as even more cards, themed events, or new characters. The world of Card Crusade is pretty much limitless and full of strategic possibilities!