Well, SEGA Heroes (Free) has been out in wide release for about a week now, and SEGA has already hit the game with a pretty significant update. In addition to currently-running events based on Phantasy Star and a bunch of launch bundles of characters to celebrate the game’s release, there’s now a whole new mode for you to play around with. Well, for some of you to play around with, as The Beyondering‘s requirements are almost as absurd as its name.

Sigh, stay positive, Shaun. Okay, so the good news is that with this update, you have a whole new set of stages to play. Called The Beyondering, this mode offers up rarer characters among its current 40 stages than the normal campaign. I mean, you’ve got Mr. X right there on the first map! That’s great, right? And better still, these new stages have their own source of stamina, so you won’t have to use up your campaign stamina to play.

And that’s all of the nice bits, because to even play this mode, you’ll need to form a party from the following characters: Alis, Rolf, Gum, Beat, Captain Onishima, Professor K, Wren, and Lassic. Of that bunch, Rolf is Common and relatively easy to obtain in the main campaign, Gum and Beat are Rare but certainly obtainable, Onishima and Wren are Epic and quite hard to come by without buying shards from the shops, while Alis, Professor K, and Lassic are Legendary and about as easy to come by as a glass of water in the middle of the Sahara. 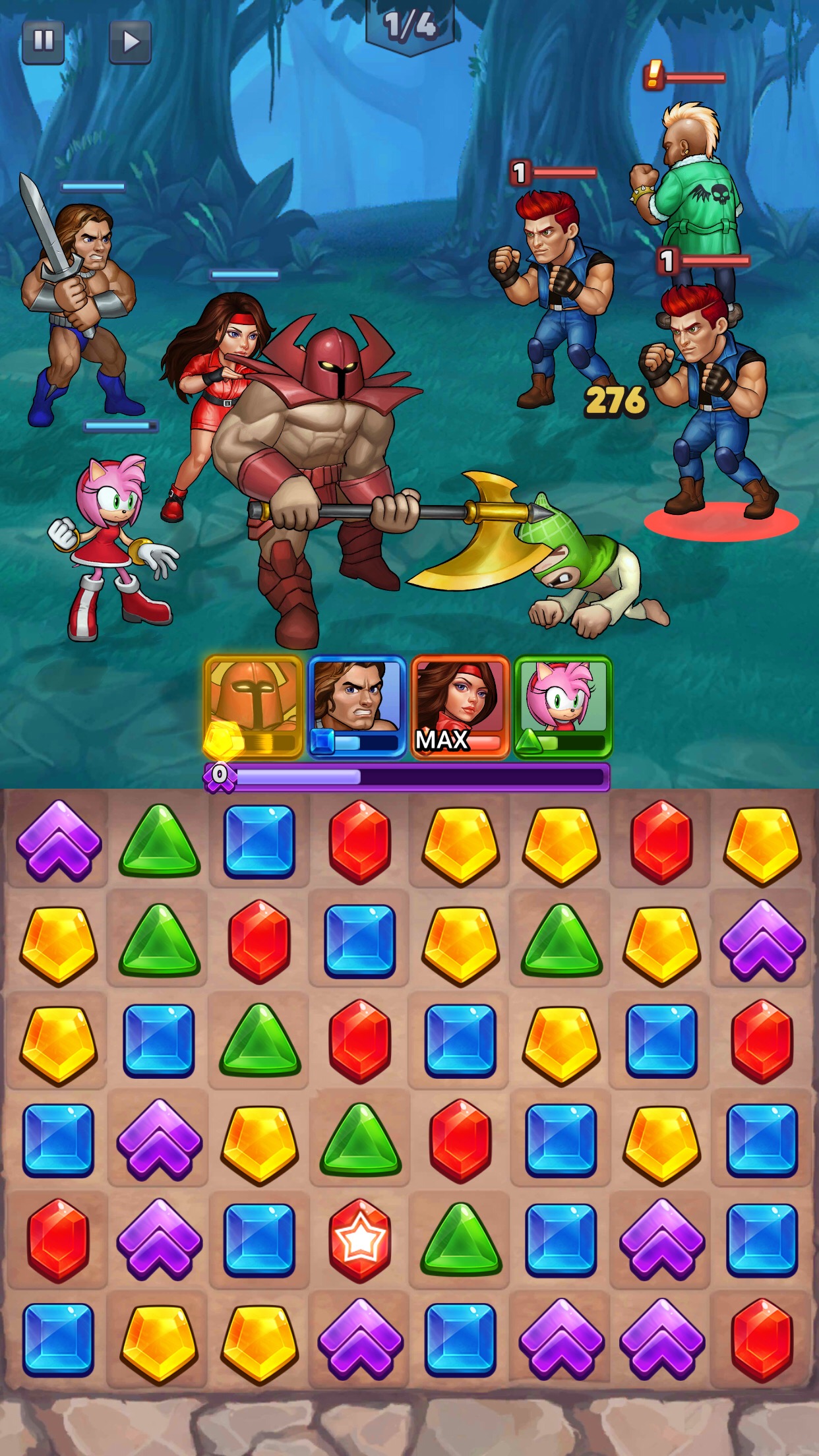 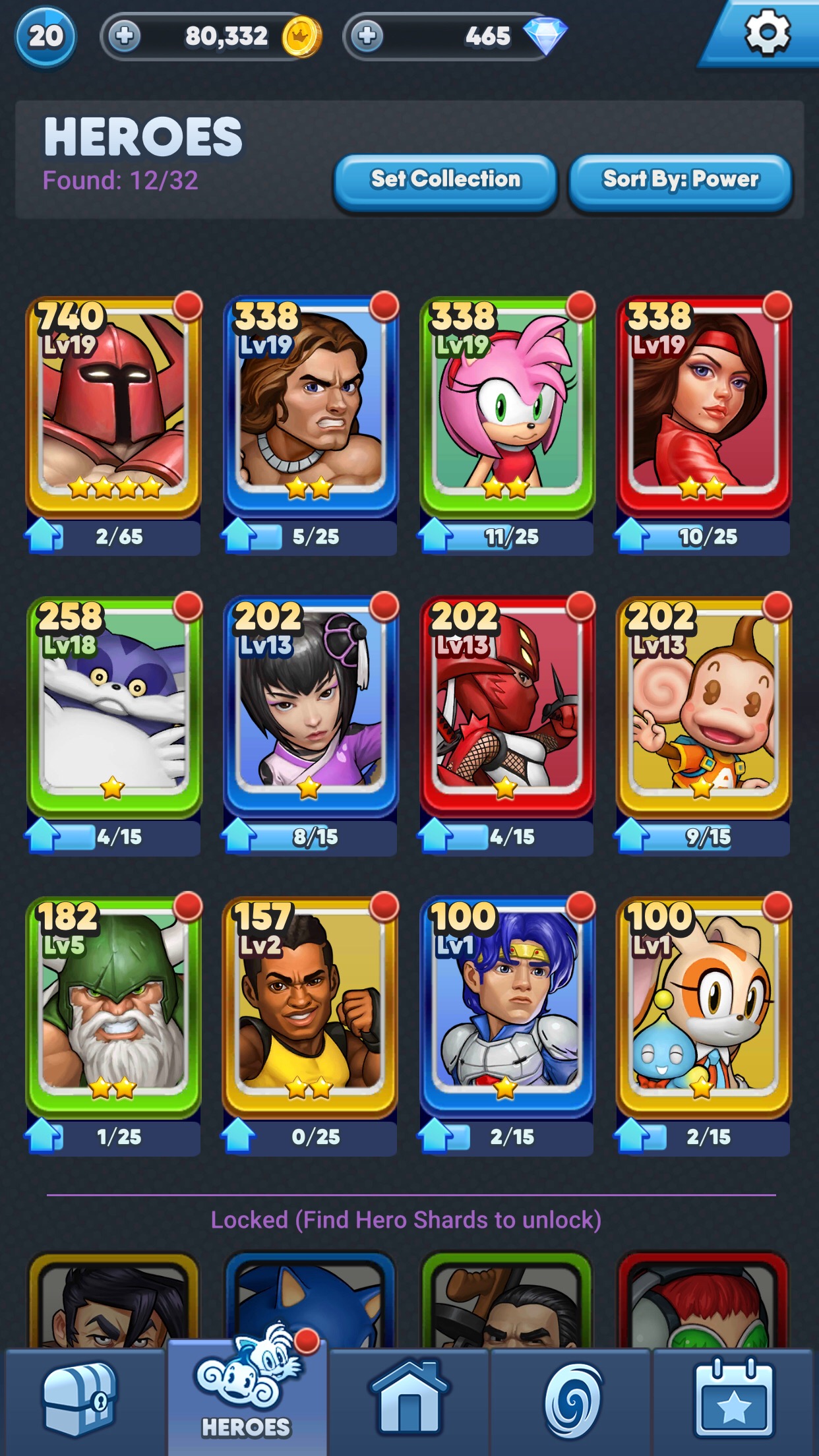 Worse yet, unlike other modes, you cannot go into battles in The Beyondering without a full party. That means that you will at minimum need at least one of the Epic characters (probably Onishima) to even get started here. Now, there is one stage in Zone 6 of the main campaign where you can farm Onishima’s shards, but like other Epic characters, he requires 50 shards to unlock. Moreover, that stage uses 15 stamina points, and as usual, you can only farm it so often each day. Basically, The Beyondering is here for players who spend money, and not a small amount, either.

Besides that new mode, this update also makes a few more changes, and none of them are to the player’s benefit as near as I can tell. The campaign stages now offer fewer character shards, and some characters like Shadow and Death Adder have been removed from the currently available Zones. Many characters whose shards appeared in multiple stages now only show up in one, making it a lot harder to farm them quickly.

Oh, and you know how in my review I kind of griped about how many different currencies there were? Well, there are more now. Arena and Survival now offer special versions of their currency that can be obtained only through a high ranking or by making it to later stages. Legendary character shards that were once purchasable through a large quantity of the regular currency seem to now only be available via this special currency. For an extra kick, the cost of every other type of character seems to have been bumped up as well.

So, to summarize: Many characters that were previously available in the game’s regular campaign have been moved to a new mode. Gaining access to that new mode requires you to have specific characters, most of whom are quite rare. Said hard-to-come-by characters are even harder to come by now, and if you want to get them without spending a fair bit of money, you’ll need to perform exceptionally well in the game’s other modes, something that is difficult to do without having strong characters, like the ones that are now locked away in the mode that requires even stronger characters to access. Brilliant.

I don’t know what possessed SEGA to make such significant changes to the game’s progression system so soon after launch, particularly given this game had a fairly lengthy soft launch, but there’s no doubt as to the results here. SEGA Heroes now squeezes the player a lot harder than it did a week ago, and it’s a lot more difficult to get things done without opening your wallet. Which I suppose is likely the point, isn’t it?