After publisher DMM decided to end service on Egglia (Free) and replace it with an offline version, I wondered if the same fate might befall Dandy Dungeon (Free), the hilarious off-the-wall RPG developed by Onion Games. Well, I needn’t wonder any longer, as the official Twitter accounts for Dandy Dungeon and Onion Games let out the word yesterday, with an announcement following in the game itself. Dandy Dungeon will officially end its service on December 20th after a last big hurrah. Like its stablemate Egglia, Dandy Dungeon will also live on in an offline form, but DMM has handled it differently this time.

The game’s final event, titled Good-bye Yamada, will run from November 28th to December 12th. This will happen in conjunction with the release of the final dungeon, Heaven’s Door. Our unusual hero Yamada-kun will be facing his final judgment, with a living funeral held in his name. Can you lead Yamada-kun to heaven, or at least something like it? If you haven’t played the game in a while, this is a pretty good excuse to fire it up again. 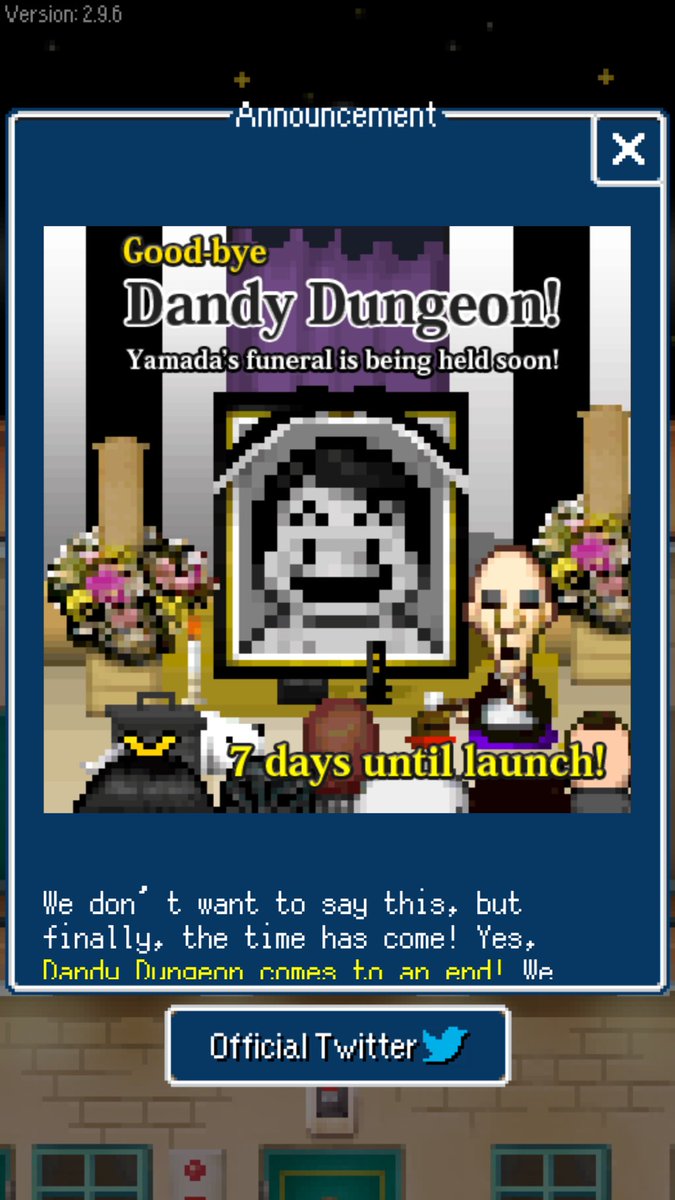 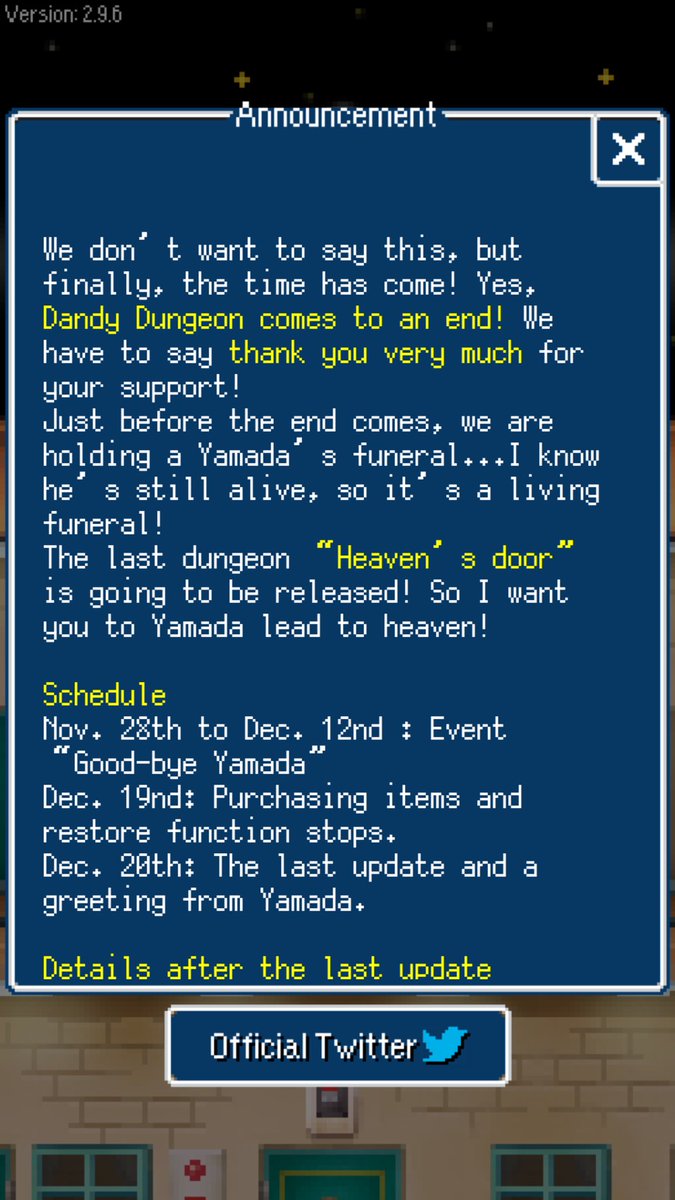 The final date to purchase items or restore said purchases is on December 19th. On December 20th, the game’s final update will arrive. That update will remove the connection requirement for Dandy Dungeon, allowing you to continue to play the bulk of the game’s content even after the servers are down. Naturally, things like special events and seasonal dungeons will probably not work after this, but that’s to be expected. According to the in-game notice, you’ll have to download this update before 2018 is finished. It sounds like the game might be completely withdrawn from the App Store after that, so it’s up in the air as to whether or not you’ll be able to re-download it if you delete it.

In some respects, this is an improvement over what happened with Egglia, which introduced a separate paid app following the discontinuation of its servers. The publisher offered a limited means for previous owners to get the new version without paying again, but it didn’t work well for many players. With Dandy Dungeon, it’s a simple patch to the existing app, and if you get it in time, you should be good to go. The 2018 restriction is a little concerning, but to be honest, I wasn’t expecting this game to actually survive its servers being pulled, so small favors and all that. Unlike Egglia, this has always been a free game that dabbled heavily in social RPG elements, so the fact that it can continue in a limited fashion offline is a nice surprise.

Anyway, consider this your heads-up. If there’s anything you wanted to buy in Dandy Dungeon, or if you haven’t downloaded the game but were interested in it, it’s time to get while the getting’s good. If you enjoyed the game but haven’t checked it out in a while, stop by for Yamada-kun’s big farewell. I hate seeing a great game like this close out after a relatively short life, but as this kind of situation goes, the publisher and developer seem to be handling it as well as can be expected.