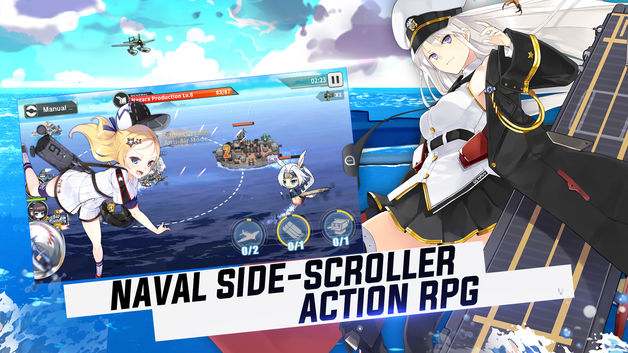 • A unique mix of the RPG, 2D shooter, and tactical genres combined into a beautifully designed anime game
• Easy and intuitive 2D side-scrolling gameplay is the main feature of Azur Lane
• Organize up to six ships into a flotilla, break through enemy gunfire, and defeat them!
• Both AI and manually controlled gameplay are available, choose whichever you like!
• Build your own fleet: Azur Lane has a wide range of warships from all over the world.
• More than 250 ships, each with its unique stats and represented by a beautiful character!
• Live 2D interaction technology is available for selected characters
• An advanced relationship system allows the player to strengthen ships to their maximum efficiency! 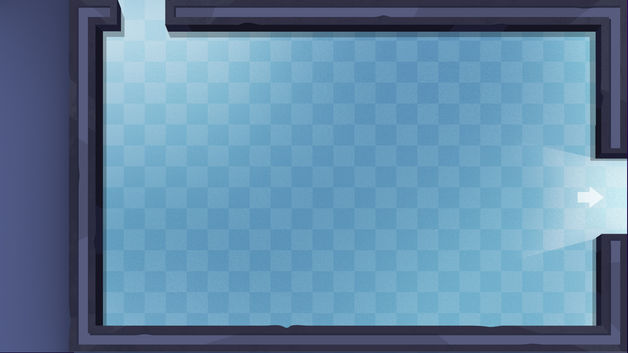 Ballano is a fun puzzle game targeting audience of all ages. Ballano features 60 levels with interesting puzzles. Users will have to control a disc and make it reach the goal by avoiding challenging obstacles. The game is based on 5 worlds and each world featuring 12 levels. 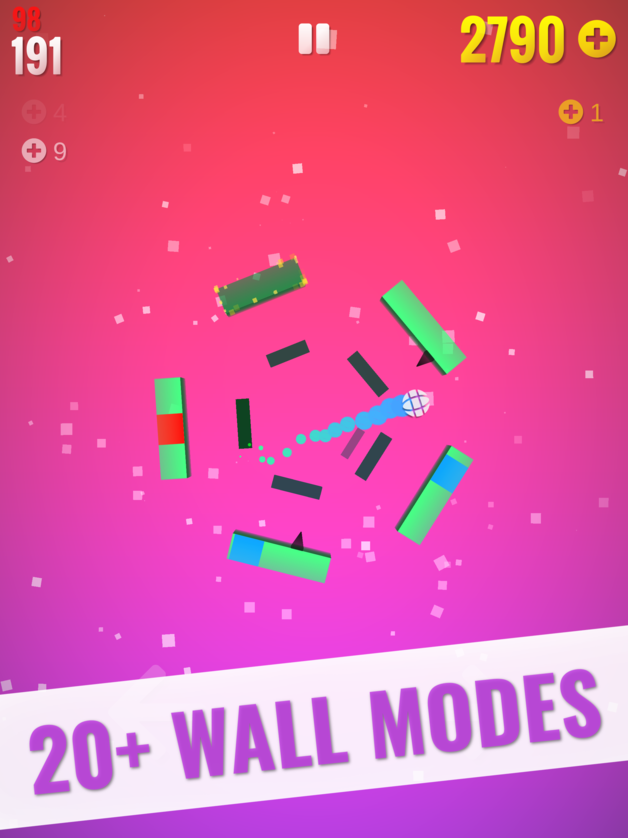 Between The Walls is a Pong inspired single player arcade with a twist.

Bounce between the walls and survive as long as you can. Pick up modes, avoid obstacles and master your reflexes on various levels. Collect coins and use them in the shop to buy new skins. Score as many points as you can and be first in the leaderboards.

Between The Walls is perfect for pick-up-and-play at any time. Jump in and just keep bouncing.

Forum Thread: Between The Walls! (by Crazy Oyster Games) 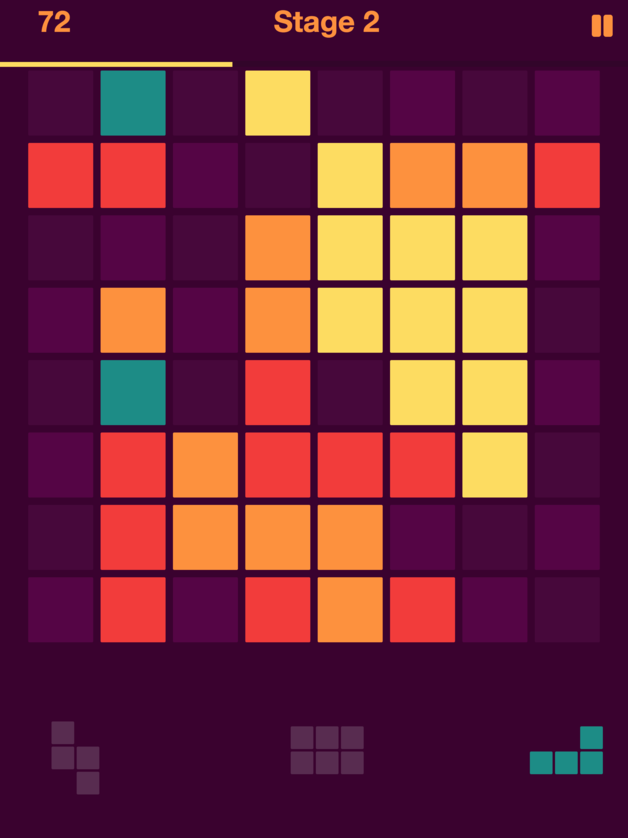 Entertaining, relaxing and addictive – BLOCKD BLAST is a drag and drop block puzzle for players of any age! Join users from all around the world in this block puzzle mania and be a part of the infinite craze. Pop the blocks to last as long as possible before the game board fills up and get the highest score!

CLEAR THE BLOCK PUZZLE BOARD
Drag and drop blocks in the 8×8 grid to fill all possible spaces without running out of room. Think strategically and use your logic to move the blocks by making full horizontal or vertical lines. Try to remove multiple lines at a time to get higher scores. BLOCKD BLAST is easy to play and challenging to master!

Up for a challenge?

Solve over 3000 movie titles, in this hangman like game!

Guess the letters one by one to solve a movie title.
Complete daily quests by genre or time period to get new help cards! Use them to solve new titles, and beat your highscore! 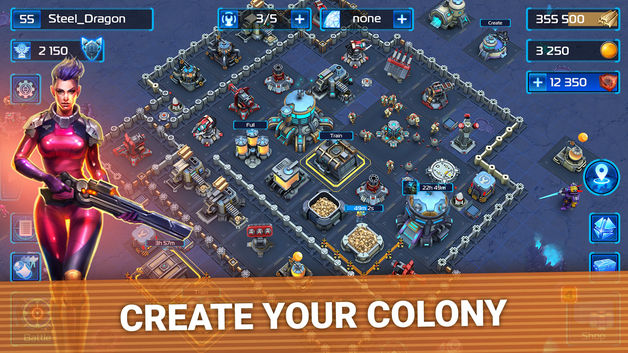 Clash & GO combines a fun geolocation game in augmented reality (AR) and an epic city-building strategy game with real-time battles. Take control of your own asteroid base in space! Show your tactical skills by establishing defence towers, training your troops, and leveling up your hero. Can you build an impenetrable stronghold that stops other players from stealing your stuff?

Then hop into your cool spaceship (and walk outside in the real world!) to explore the surface of a huge AR planet filled with mysterious artifacts and useful buildings. Will you be lucky or fast enough to capture them first? You can also use your army to take over a rival base and seize what’s rightfully yours. There’s always something fun to do in Clash & GO! At any moment, you can start a single player campaign and try to conquer over 60+ increasingly powerful AI enemies. Use the reward to strengthen your defences and prepare for war. 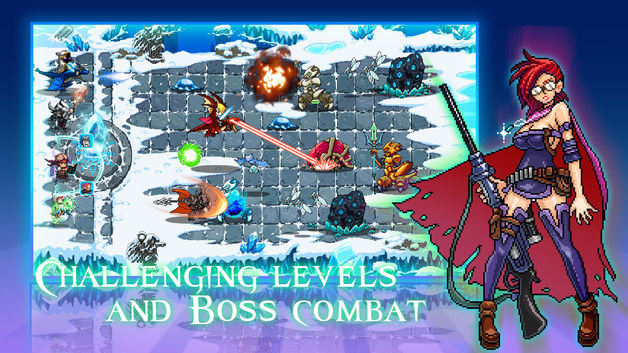 Crystania Wars is an innovation of the traditional tower defense games. It contains RTS elements, TD rules, and a MMO style combat system. In combat, players can operate front-row characters to confront enemies or avoid enemy attacks, while back-row characters assume the roles of damage, control, heal and so on. A player can switch the jobs of the rear characters according to the combat situation and must protect the crystal from being destroyed.

Enter a world in turmoil as ancient grudges threaten to destroy civilizations.
Take to the skies and follow a group of young adventurers as they travel to unlock ancient mysteries and stop an all-out war in this high-octane action RPG.

Download now and get a guaranteed 5-star hero during your first 10 summons! 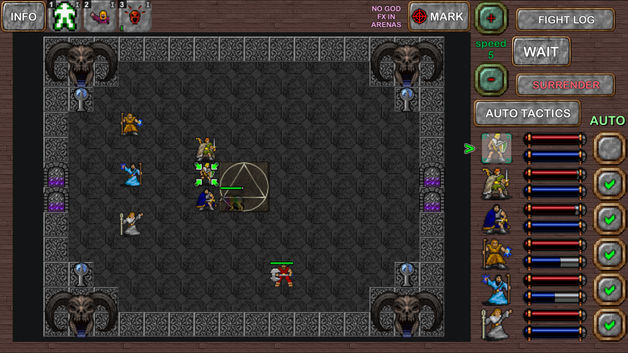 This is an expanded sandbox functionality collector’s edition of the game ‘Dungeons of Chaos’. If you have NOT played/bought the main DoC game yet than you should definitely consider doing that first to fully enjoy the gameplay itself. This God Mode edition is for hardcore fans, and priced accordingly. It contains powerful options to cheat and modify the game’s behaviour and feel. Using it before you have done many normal playthroughs of the game would lessen your enjoyment of it.

Build, lead and conquer in this real-time strategy game.

Build up your base,
explore the map to gather resources,
research new technologies,
build unique land, sea and air units,
lead your army and conquer! 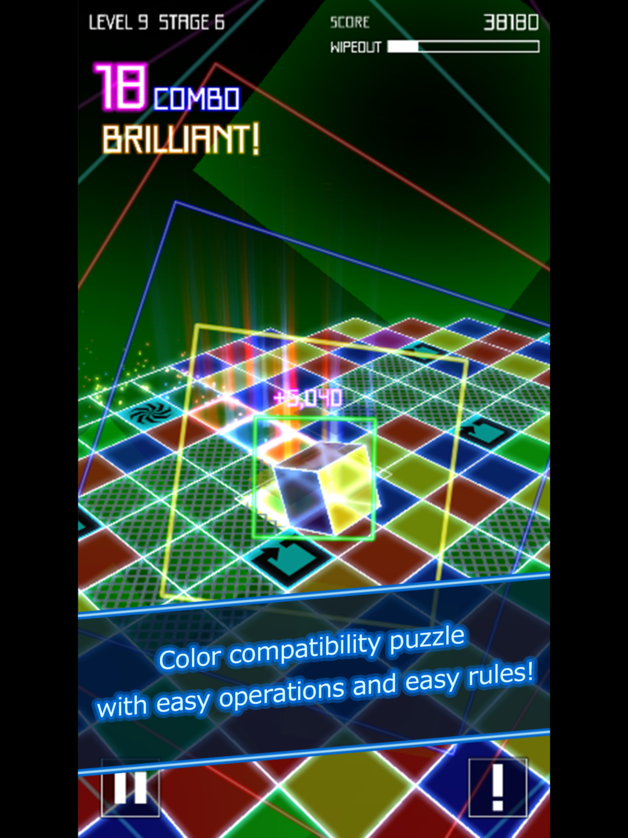 By rolling the cube with a swipe operation and remove the color by combining with a panel color!
The challenge is how many combos you can accummulate!
You will get in to the refreshing “Wipe Out" after removing the same color repeatedly!
Chance to hit a high score by randomly rolling the cube and accumulate combos! 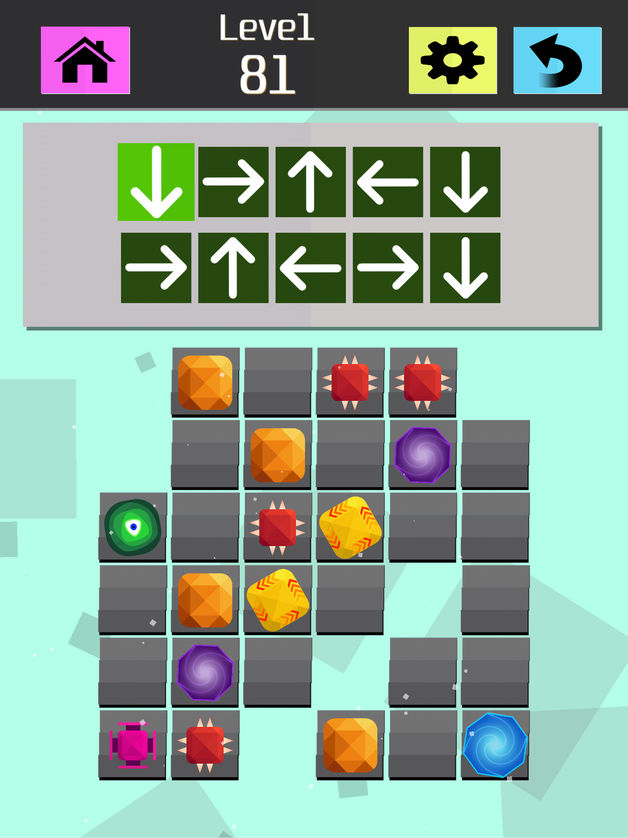 Mislead : To lead or guide wrongly.
Hopefully you can follow directions!

To play this unique game you will need to get Bu the Blob around the board by following the arrows. Every time you remove a block, Bu will move the direction of the next arrow. There are different kinds of blocks – spiky, bouncy and slidy. This makes the puzzler, because you need to think about the right block to remove at the right time. And to make things more fun, there are teleports. Who doesn’t love moving through teleports?

One Hour One Life 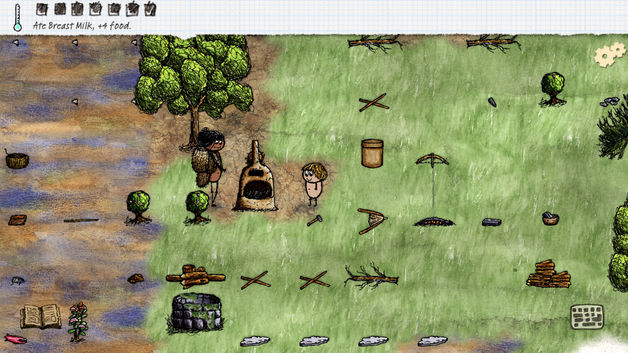 This is an adaptation for iOS of the original desktop game by Jason Rohrer. If you have played the original, you will recognize Jason’s cute and quirky graphics and sounds, as well as the wonderful premise: rebuilding civilization from scratch, together with other players and across countless generations.

You are born either as a baby to one of the other players, or as a young woman if no suitable mother is found. Every minute of real time is one year in the game and your maximum age is 60 years. A single life is limited, but the things you make during your lifetime are left for your children and grandchildren once you are gone. Try to make life a little bit easier for those who come after you, so your family line will have a chance to prosper for generations to come.

Forum Thread: One Hour One Life for Mobile (by Wereviz) 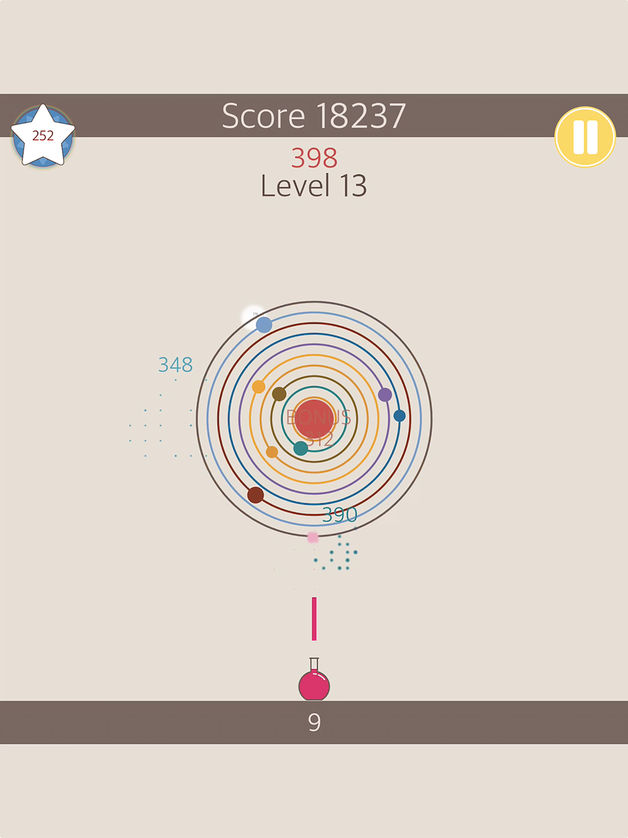 Single action ONE TOUCH Arcade game. ANYONE can PLAY, ANYONE can ENJOY. GAMEPLAY in Focus. MINIMUM Learning Curve. BUILD up some SKILLS to MASTER the ORBIT BUSTER. BEAT all the LEVELS and get YOUR REWARD! 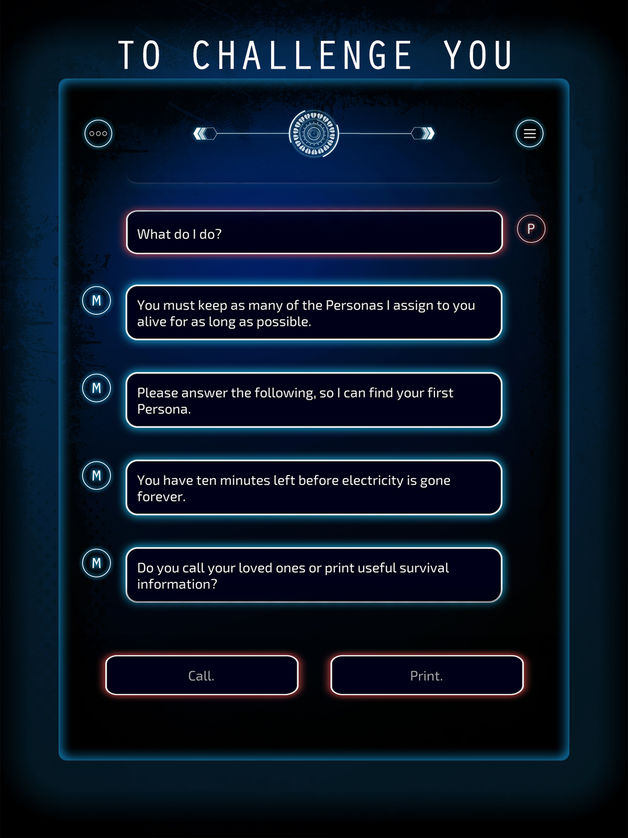 Welcome to Powerless! The Interactive Doomsday Simulator. Explore London after a catastrophic solar flare plunges the city into darkness and renders all electronic devices and transport useless. Try and keep your Personas alive as you face the elements without help from the digital world. Powerless is an interactive fiction game which explores how electricity dominates our society and how much we would struggle without it.

Without electricity, how will you communicate? Without power, how will hospitals look after patients? Without running water, how will anyone survive? Filled with exciting survival situations, Powerless will test your knowledge of the natural world and push the limits of what you believe society is capable of. 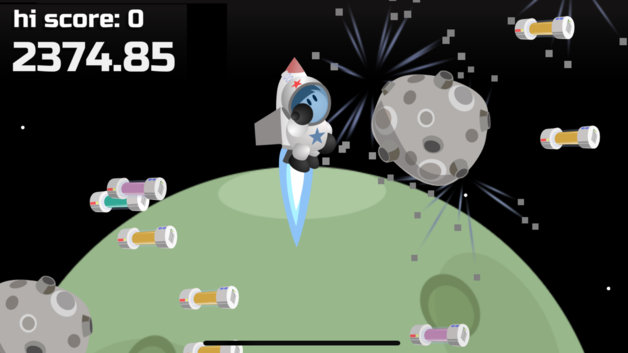 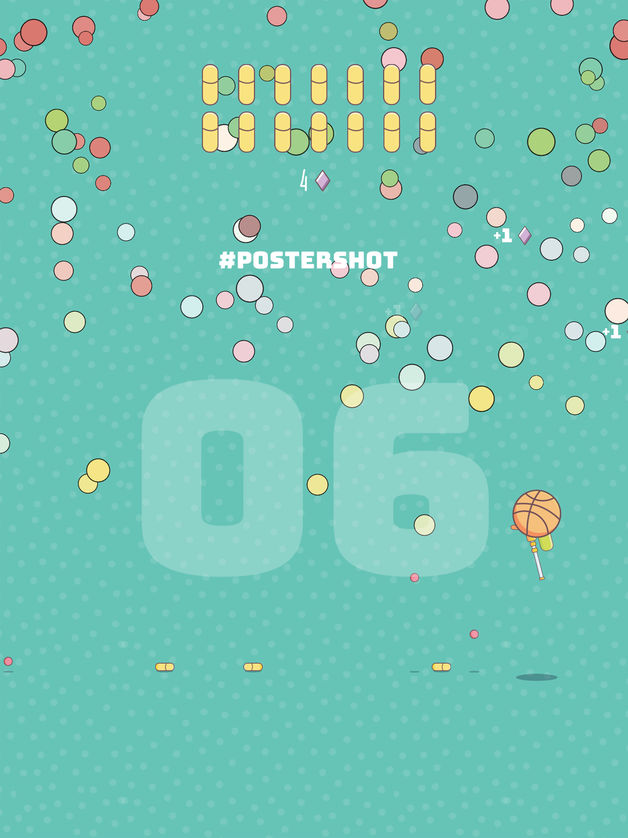 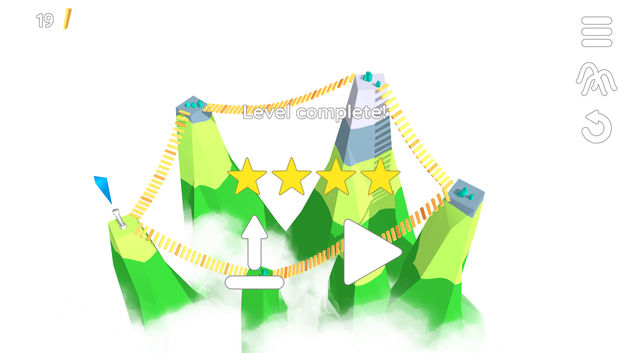 In Summit Way, place bridges between hills to link them all together and form a loop. Choose each bridge carefully to climb high mountains, harvest food for towns, and avoid being the target of a cannon.

Summit Way offers 10 regions with a total of 72 levels, from a relaxing start to increasingly difficult levels. Start off by finding any solution to the first few levels, letting yourself be guided by the sound of the wood falling in place. And then, challenge yourself to use as little planks as possible to earn a 4 stars score on all levels, and share the trickiest solutions with your friends! 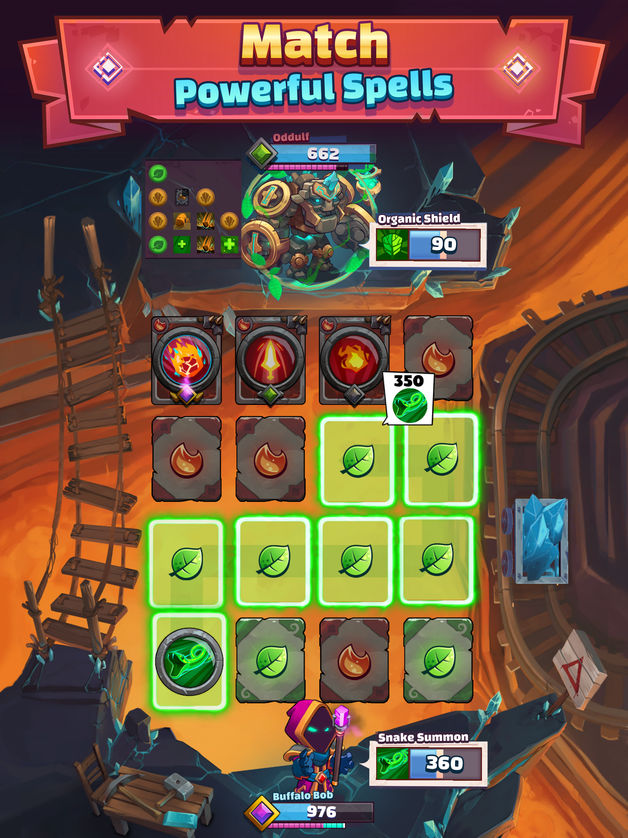 Get ready to join the battle now, level up your magic and duel your way across the map to the mystical Crystal Palace!

Incredibly dynamic and fun multiplayer game. Build your tank from dozens of parts, play with your friends & dominate the arena – 3 vs 3 PVP action. Try different tactics and win. Choose a tank and join the battle! Download Now!

Tanks A Lot! features four distinct game modes:
– shoot your way in a classic, adrenaline-filled Deathmatch
– fight for resources in Brawl
– be the last man standing in Battle Royale
– play football in Tank-O-Ball, but with tanks! 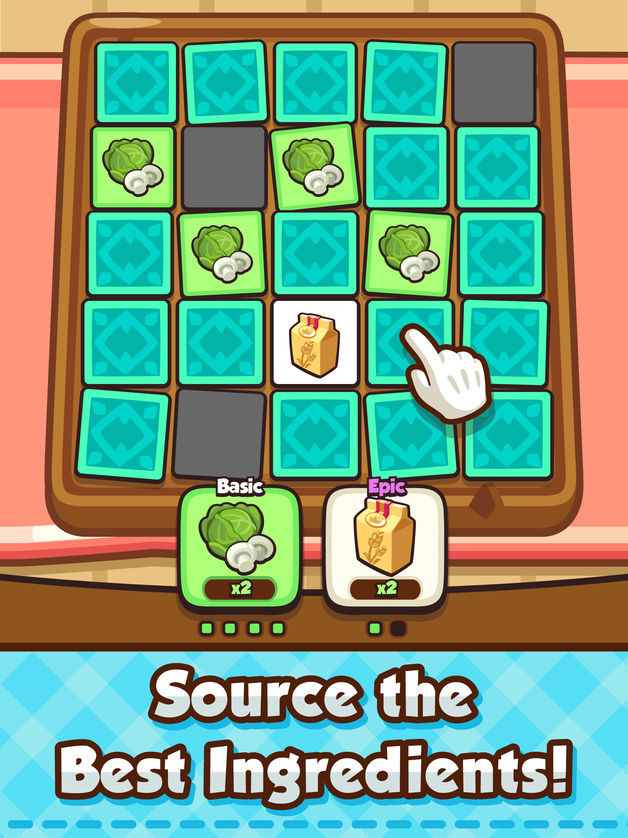 Tie your apron and sharpen your knives – it’s time for a crazy cooking adventure in WHAT’S COOKING? – Tasty Chef! Starting as an amateur cook with a small kitchen, you’ll combine ingredients to create over 1000 recipes and serve delicious dishes to hungry customers. Customize your restaurant, upgrade your kitchen and improve your skills to become the world’s greatest master chef!