Last year, just as Pokemon Go (Free) was hitting critical mass, the powers that be at Niantic came up with an idea that sounded amazing on paper: The Pokemon Go Fest. It was held in Chicago, and folks from around the world flew to Grant Park to play Pokemon Go at what was supposed to be the place to play the game. The event was a complete disaster, resulting in refunds, lawsuits, and a general PR nightmare for Niantic. This year, the Pokemon Go Fest had nowhere to go but up, and I’m happy to report that the 2018 iteration was significantly better in every way- Which isn’t exactly a hard benchmark to beat. 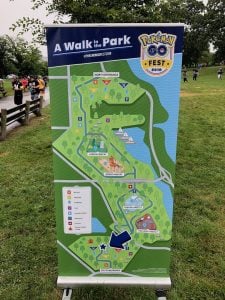 This time around, the Pokemon Go Fest organizers picked a way better venue, which likely played a major role in the success of the event. Grant Park, where it was held last year is where music festivals like Lollapalooza call home. At those festivals, they pack hundreds of thousands of people in front of a set of stages, which works great for listening to music- Not so great for thousands of people trying to play a connectivity-centric, data-hungry game on their smartphones. Lincoln Park, on the other hand, is a massive lakefront park with loads of walking paths which spans for miles on the north side of Chicago.

This meant that everyone attending was nice and spread out, leading to no one area really being packed with too many people and a nice distribution of devices connecting to all the difference cell towers, cell towers on wheels, and Wi-Fi access points meant that connectivity was surprisingly solid. Aside from a few random crashes and other hiccups which are just sort of normal in any Pokemon Go marathon play session, I was able to stay connected and play the game the entire day. Given the headache surrounding doing anything in game last year, this felt like a major accomplishment. 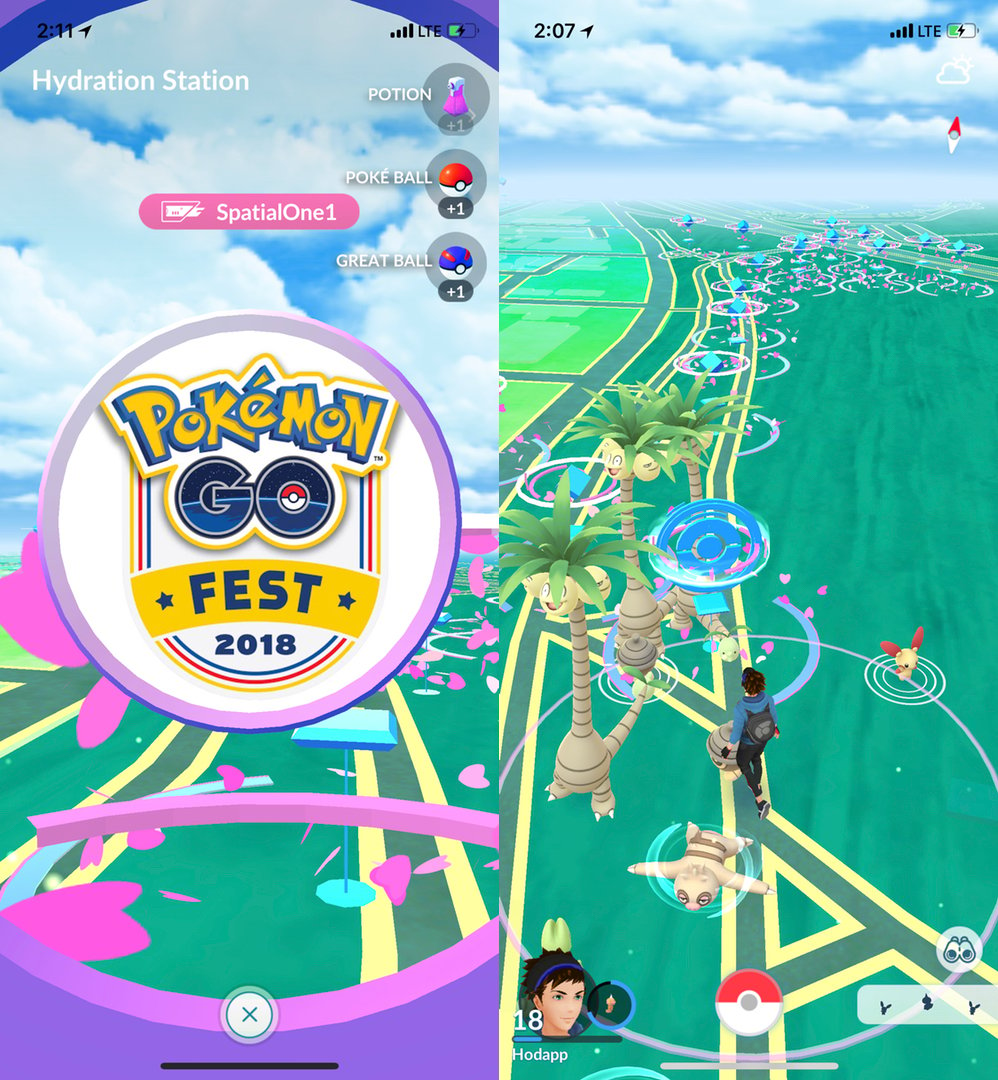 Another oddly neat change was how the festival didn’t have any gates, fences, or anything else- It was 100% virtual. When you got to the event, you made your way to a Pokemon Go Fest Pokestop, and when you loaded the game it had you scan the QR code that went with your admission bracelet. Once you did that, seemingly dozens of additional Pokestops appeared and other points on the map lit up like a Christmas tree. Also, unlocking all the goodies for participating in the festival involved completing a series of challenges in the game that encouraged you to spend the day walking, catching Pokemon, and doing other Pokemon Go-y stuff.

I do wish this had been communicated a little better with attendees ahead of time, as I think it was super reasonable to assume you needed a ticket to get in- like any festival. I talked to a couple parents following their kids around who weren’t even playing, but still bought a ticket to chaperone. Given how fast it sold out, that bracelet could’ve easily gone to someone else who wanted to play. But, I digress. 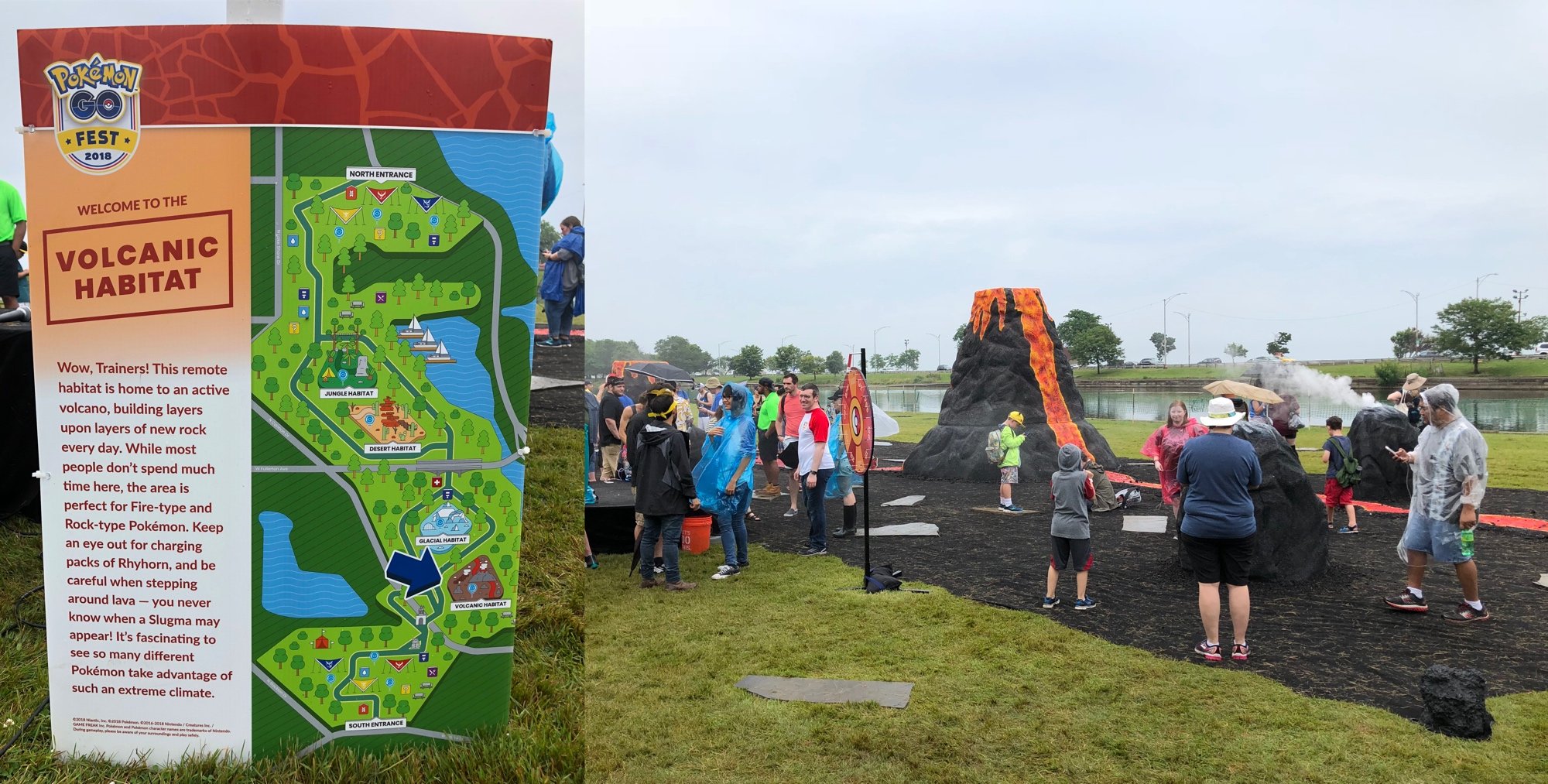 Among the different objectives of the Pokemon Go Fest 2018 challenges were collecting different types of Pokemon (fire, water, etc). Lincoln Park was set up into different “biomes" to allow for a wide variety of Pokemon to spawn, and at the center of each of these areas they had set pieces built. There was a volcanic habitat with a few volcanos spewing faux smoke, a glacial habitat with an igloo and faux snow machines, a desert habitat with cactus and rock formations, and a jungle habitat that was nestled in with a group of trees. These were all pretty cool, and served as a great place for photo ops, but it seems like a real missed opportunity to not have these be giant augmented reality installations instead of, for instance, a 30’x30′ (or so) area that looks sort of like a desert along the path of an otherwise massive park.

I do wish Niantic had provided more reasons for people to engage with each other at the festival. The first thing I noticed when I arrived was how oddly quiet the whole event was. Very few people were talking, and the game was working so well that practically everyone was just walking around like smartphone zombies. It was almost a little weird watching people shuffle down the paths of Lincoln Park, rarely looking up from their phone screens. I suppose this is an odd side effect of fantastic connectivity, all the chanting and heckling of last year was silenced by everyone racing to complete their in-game challenges. 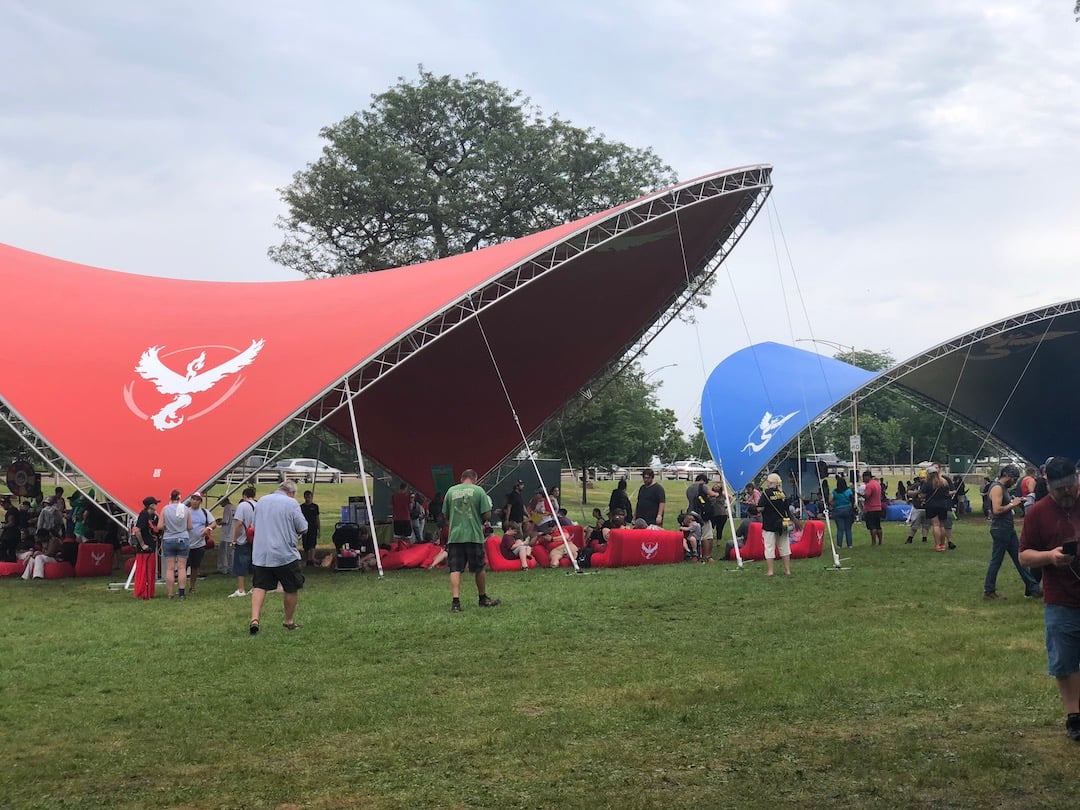 Pokemon Go Fest also fell victim to ridiculous lines for food, with only a small number of food trucks for the massive amount of hungry people at the event. I’ll never really understand why this is such a constant issue as so many festivals I attend, as you’d think food trucks would be dying to come set up at places like Pokemon Go Fest. (I recently went to a large beer festival in with one food truck.) There also wasn’t any swag for sale, which feels like not only an unbelievable amount of money left on the table by Niantic, but also sort of a bummer as I would have totally have bought a Pokemon Go Chicago t-shirt- and I really doubt I’m alone on that.

Given how well the virtual aspects of the game and associated festival worked this time around, it still feels weird to me to lock the festivities to a specific place for specific people. One of the most appealing things about
Pokemon Go is just how broadly accessible it is. This was certainly apparent at the fest, as the demographic of attendees couldn’t possibly be more broad, it just sort of sucks that it’s specifically limited to people who were both able to buy a ticket and make it to Chicago from wherever they came from. 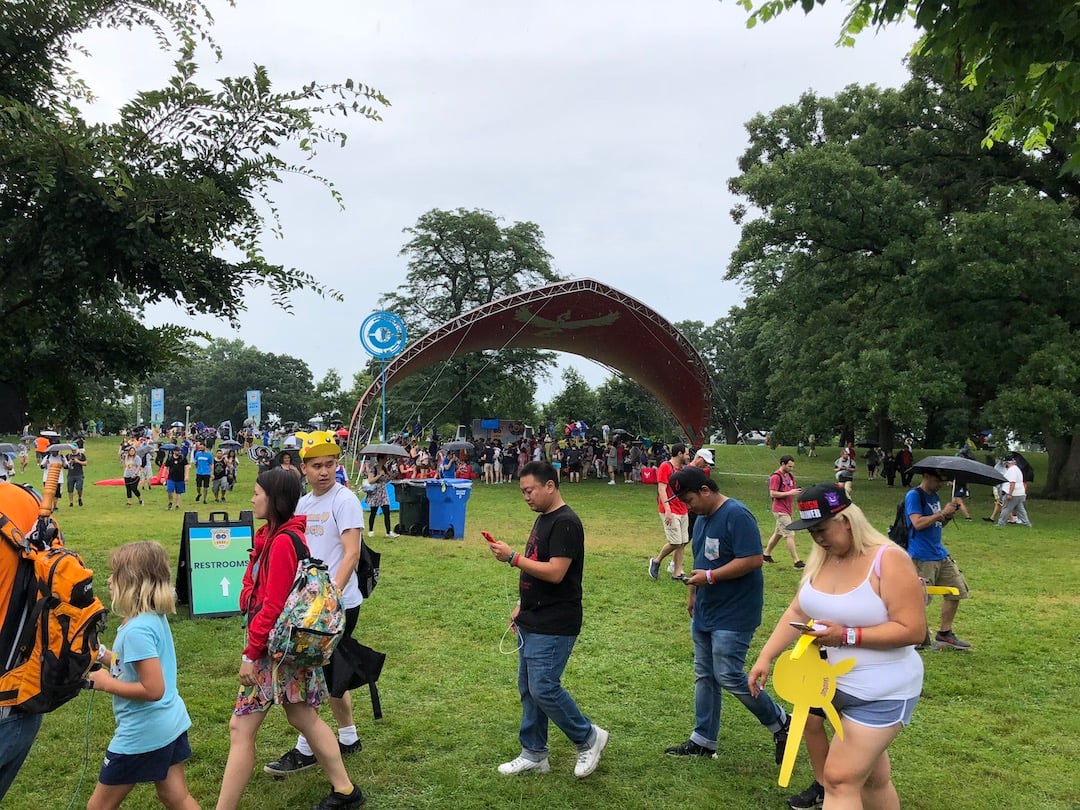 The approach that Microsoft and Mojang have taken with Minecon makes a lot more sense, as they transitioned from an event that takes place in a specific location to Minecon Earth which is now a global Minecraft ($6.99) festival that everyone can participate in. I’m a huge fan of this level of worldwide inclusivity. And, heck, if Niantic wanted to sell virtual tickets to a virtual global Pokemon Go Fest, I’m sure people would buy them too. Heck, build something that encourages local Pokemon Go groups to host their own meet-ups all on the same day across the planet, and there’s no way that the experience won’t be better for everyone.

While Pokemon Go Fest was a huge success compared to last year’s boondoggle, there’s still loads of tweaks that could be made to the formula. If you’re still super hardcore about Pokemon Go, it’s hard to think of a better place to be- Particularly now that connectivity issues have been solved. With the biggest headache out of the way, hopefully Niantic shifts gears to building out the real-world festival side of the event, or just goes totally virtual- Which has potentially to be even cooler in the long haul.