Oddrok is a developer that hasn’t made a game yet that I don’t like. They’re probably most well known for their hoverboarding Power Hover games, and they stand out as a developer that puts an emphasis on stylish visuals and a high level of polish that’s not always seen in the world of mobile. Their latest game is Best Rally (Free), and I think it’s perhaps the best (no pun intended) example of those characteristics to date. Best Rally is a time trial racing game where you’ll try to complete more than 30 different tracks as quickly as possible. Acceleration is automatic, and you’ll simply hold down on either side of the screen to turn in those directions. It really couldn’t be simpler and works perfectly on the touchscreen. 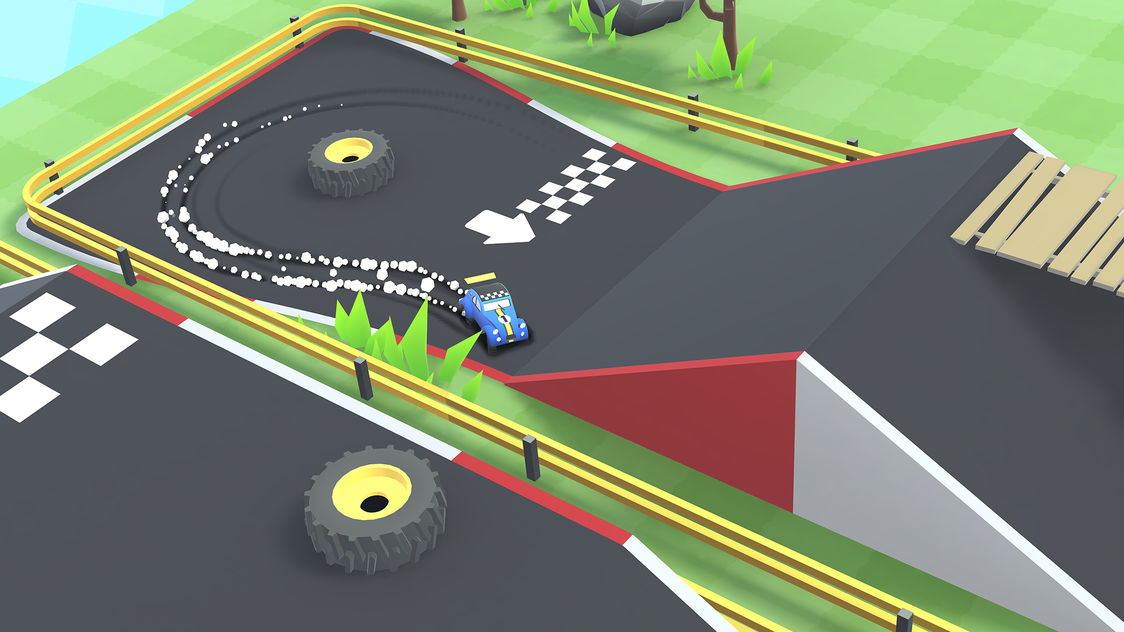 Where Best Rally shines brightest is in its design and execution. The tracks are brief but very cleverly designed to test your skills at drifting around obstacles. You can earn three starts total for each track based on your completion time, and this is where that wonderful Oddrok attention to detail comes in. The completion times feel absolutely perfect, and you can tell that they took a ton of time fine-tuning what each time should be. Just completing a level and getting one star is typically pretty easy (though not always!), and that second star is usually obtainable within a few tries once you’ve really learned the layout of a track. But that third star? Man, you better really learn the perfect line to earn that one, and it’ll likely take a good amount of practice on your part.

This is another area where attention to detail matters. As mentioned levels are brief, so you always get that “one more go" feeling that makes you want to try over and over to shave just a fraction of time off your run. And Oddrok makes this incredibly easy to do. Not only can you instantly restart upon finishing a level, but there’s a permanent retry button in the corner of the screen so if you mistakenly bump into something and know it’s not going to be your best run it’s almost instantaneous to simply retry again. These are really important elements in making a game something you want to continuously try over and over until you perfect it, and it’s a shame that so many other games don’t take the time to make the act of playing and replaying so effortless. Best Rally gets it right.

Best Rally is free to download and play and supported with adds every handful of races you do, and there’s a one-time IAP of $2.99 to remove them. Then there are some additional cosmetic only vehicles you can buy in the Garage, either for $2.99 apiece or as a bundle for $4.99, and buying any of those cars will also remove ads. So really, if you’re down to pay to remove ads, you might as well buy at least one of the cars for the same price. Either way, the important thing is that Best Rally is totally free to try and is easily premium’d up for a few bucks, so there’s no excuse not to give it (and all of Oddrok’s games for that matter) a try to see how lovely it is when a developer really puts in the effort to make a polished product.