Was there ever any doubt? We’ve been following along with the development of Suzy Cube ($3.99) since the beginning roughly three years ago. Now that it finally arrived this week, short of Nintendo surprise-launching Super Mario World on iOS or something, there was no doubt in my mind that this would be our Game of the Week. And it’s not just because of our long-term interest in the game; Suzy Cube has delivered on all of its promise, offering far and away the finest 3D platformer to ever grace a touchscreen. 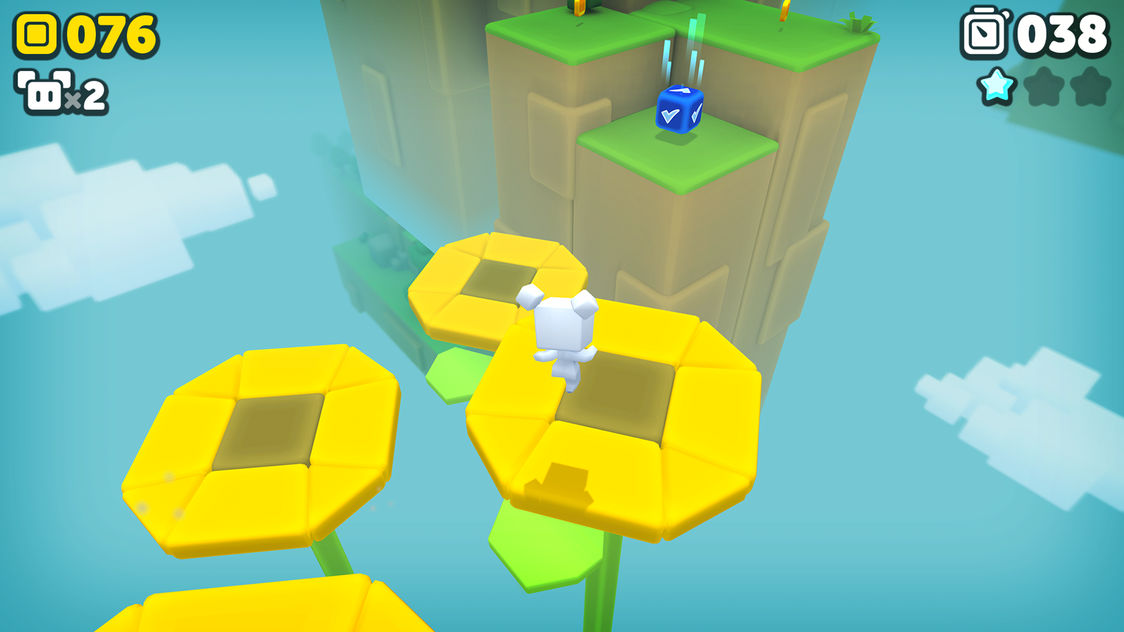 The most easily noticeable accomplishment for Suzy Cube is its controls. Games of this type often use a ton of virtual buttons splashed all over the screen and in general are too complicated to be accessible. Suzy Cube uses just two buttons (well, three if you count pause): Move and Jump, each totally invisible and using nearly an entire half of the screen each. You never have to think about where you fingers are or if you’ll be hitting the right button, you simply play in the way that feels totally natural from the start. It’s wonderful.

Those great controls have some help though, and that comes in the form of the camera in Suzy Cube. This feels like the part of the game that developer Louis-Nicolas Dozois obsessed over the most, and it makes a huge difference. As anyone who has gone back to play Super Mario 64 in recent years after it ushered in the 3D platforming era more than two decades ago, the camera system there has not aged well AT ALL, and in fact it makes the game much more challenging than it has to be. This was often a problem in the early years of 3D games in general, but doesn’t rear its ugly head as often nowadays. 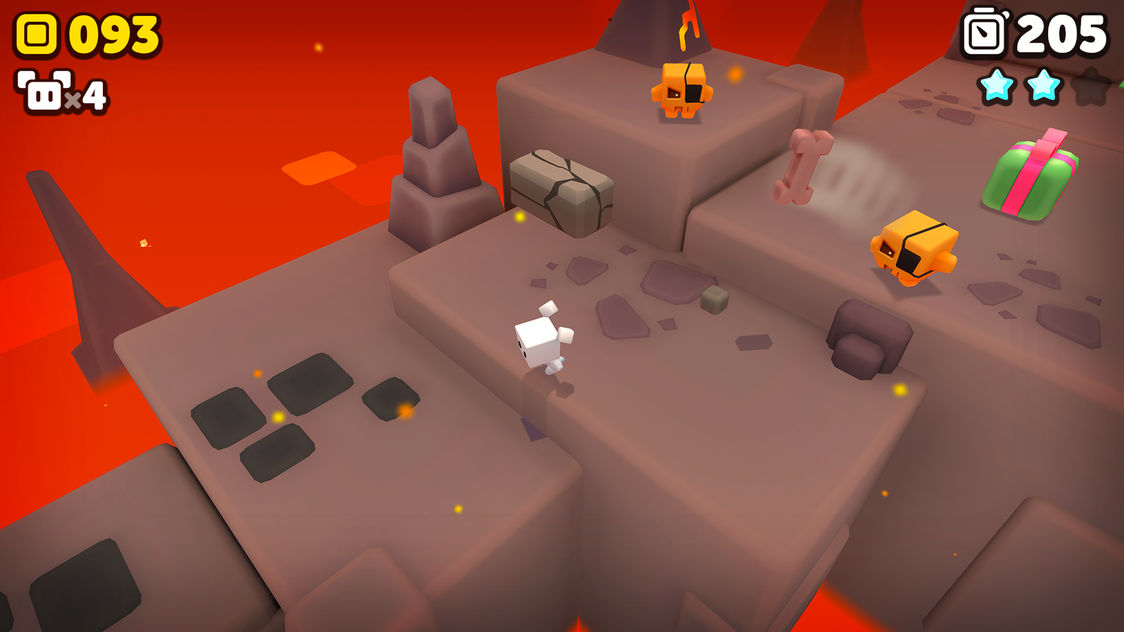 However, just because it’s come a long way since doesn’t mean that it’s something that’s easy to get right. The camera in Suzy Cube is so smart it just knows where to be at all times so that it’s never something you even have to think about. Like the controls, the camera just works how it should and allows you to focus on what truly matters: the actual platforming! When important elements like controls and camera angles can just get out of the way and allow the player to focus on playing the game itself, it almost feels like magic, and that’s totally true in the case of Suzy Cube.

That brings me to the next and most important point about this game: The level designs are downright fantastic. As has been noted by Louis throughout the development of Suzy Cube, this game all started as a deep dive into the 3DS platformer Super Mario 3D Land, and that game’s influence can be found all over the place here. And not in a “copy it to make a Mario-like game" way either, but in a “I’ve truly studied the designs from one of the preeminent platforming game creators of all time and have used what I’ve learned to make my own game be awesome too" kind of way. It’s hard to explain, but Suzy Cube both feels very Mario-like while simultaneously feeling totally like its own thing.

Finally, it should be noted that about a year ago Louis teamed up with prominent mobile game developer and publisher Noodlecake Games to finish up Suzy Cube and publish it on the App Stores, and their influence can be seen all over too. From the wonderful illustrated cutscenes to the fantastic menus and UI, Suzy Cube with Noodlecake’s help has reached a level of polish that probably wouldn’t be attainable by a solo developer alone. It also doesn’t hurt that this publishing deal made way for the game to launch on both Android and Steam in addition to iOS, and Noodlecake’s fantastic reputation and name recognition I’m sure has heaps to do with getting Suzy in front of lots of eyeballs.

Basically, it seems like it was a match made in heaven, and we all get to reap the rewards of having an even better product at the end of the day. So if you already like 3D platformers, or you’re just curious to see how somebody got one so right on the touchscreen, then don’t even hesitate to buy Suzy Cube on your platform of choice. There’s so much love poured into every corner of this passion project, and there’s hours and hours of top-notch platforming to be enjoyed too.