In my near half-decade at TouchArcade, I’ve had the (some would say dubious) privilege of watching the social RPG genre grow out of barely-interactive card-collecters like Rage of Bahamut into the flourishing and surprisingly-varied dominant force that it is in today’s mobile market. A lot has changed in that time. What was once the realm of only a few upstart publishers is now host to companies like Square Enix, Nintendo, and many more. The increased competition has had two big effects for players. First, any company that wants to launch a new social RPG needs to commit to going big or going home. Second, with so many choices out there, social RPGs have had to become more player-friendly. Today’s social RPGs are better than they’ve ever been as a result. 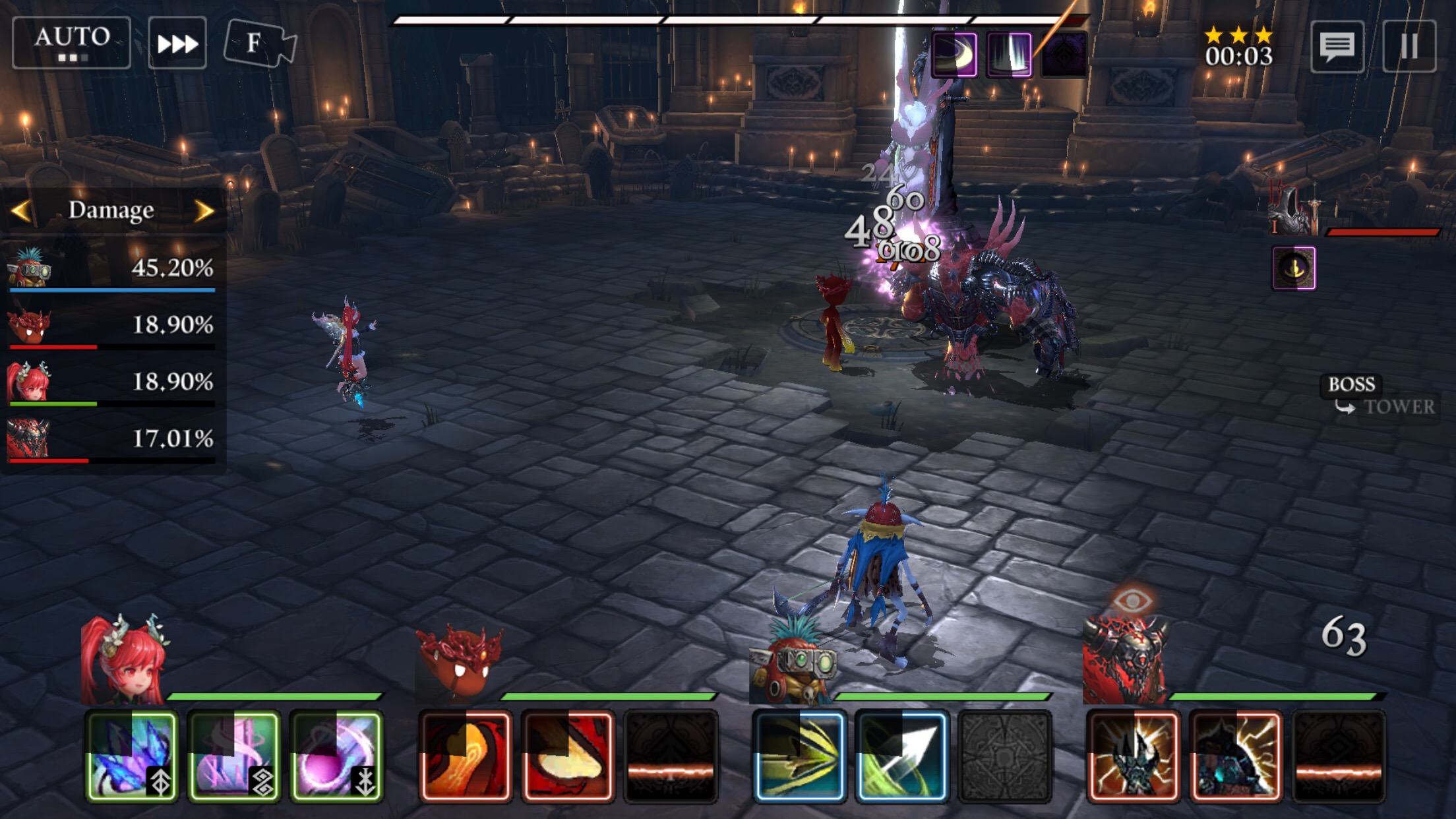 Unfortunately, the other effect of that heavy competition is that it has become extremely hard for a new game to succeed, especially if it can’t lean on an established brand. And it’s in that zone where Gamevil has been living for the last little while, launching several social RPGs that have obviously had a lot of resources poured into them to somewhat limited success worldwide. Heir of Light (Free) is the latest, and it’s one of the publisher’s most extravagant releases yet. This game looks absolutely gorgeous, is packed full of content that is accessible even to free players, and has a rather substantial story. It’s not exactly brimming with new ideas, but it’s well-made enough.

And yet, I can’t help but feel a strong sense of ennui as I play it. Apart from the razzle-dazzle of its visuals, Heir of Light doesn’t have much to offer anyone who has grown weary of this particular brand of hamster wheel. The story is original enough, but it’s wordy and overly-complicated in that way that makes your eyes glaze over and your finger start compulsively tapping to skip the text. There are a lot of systems in place for building up your team, but as is often the case with recent social RPGs, it’s almost too much. Summon characters from a gacha-style random draw, level them up by fighting, sink points into a bunch of stats, collect runes, equip the runes, gather materials, evolve the characters, and don’t ignore too much of this or you’ll hit a wall hard. 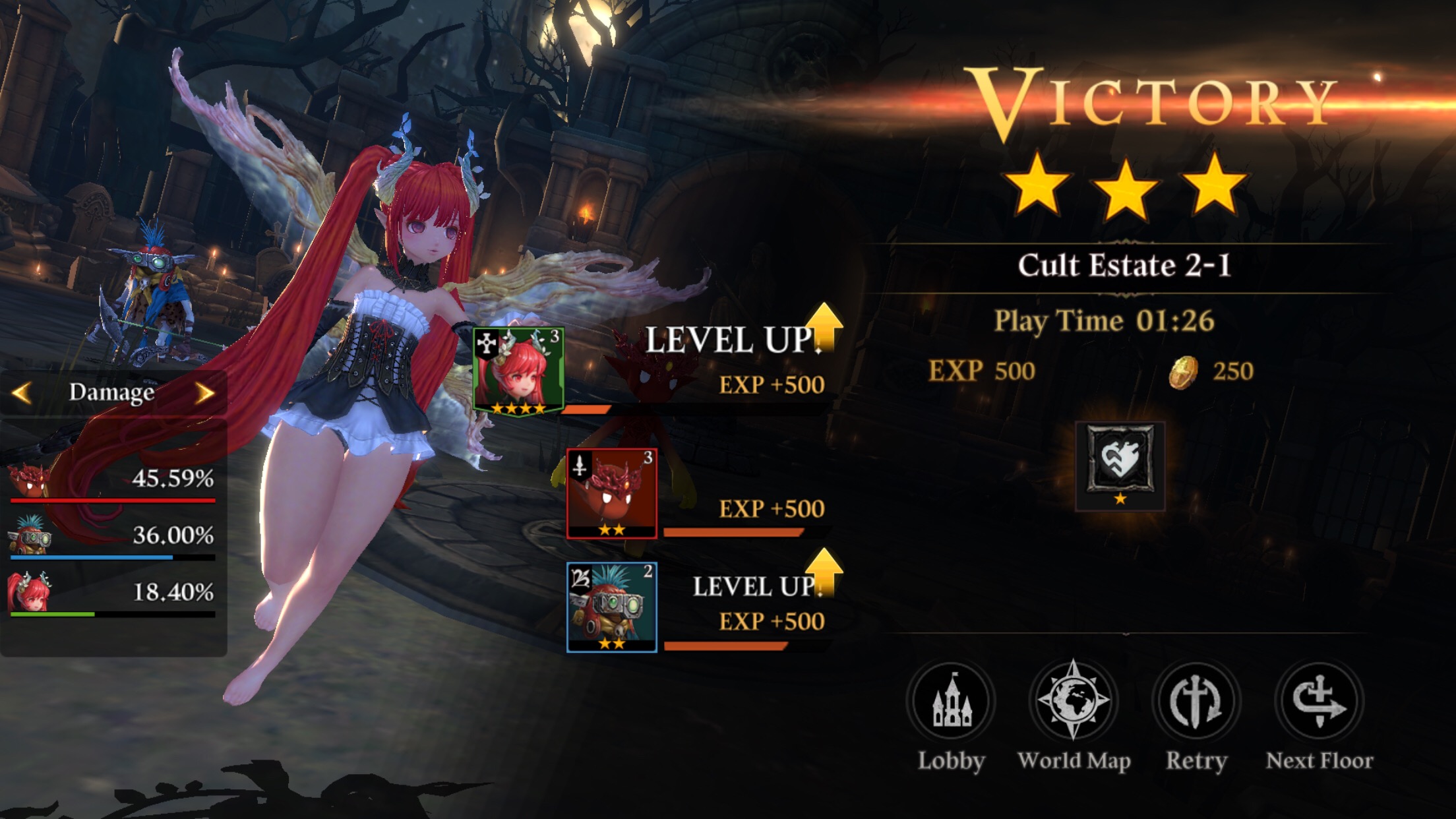 The stuffing in between the collecting, evolving, and upgrading in this game takes the form of some nice-looking real-time 3D battles. You can take manual control in these battles, tapping your skill of choice when it’s ready to go, setting up team attacks, using buffs at appropriate times, and so on. Most of the time you can just turn on the auto-battle and let your team do their thing, however. They’ll usually do just as well as you would, though you’ll want to get your hands on the wheel in some of the tougher fights. Your team consists of up to four characters. Using their skills involves waiting for a sort of party-wide cooldown, making sure the skill you want to use is ready and not suffering from its individual cooldown, then tapping the appropriate icon. You can queue up multiple skills, so you don’t have to worry too much about the state of your reflexes.

As you play through the single-player campaign and level up, you’ll unlock the usual extra modes you see in games like these, including player-versus-player battles. There is plenty to do in Heir of Light even at launch, and it’s likely that Gamevil will only add to it as time goes on. Of course, all the usual rules apply here. You need to be online for the game to perform regular check-ins. You can summon lower-quality characters without spending any real money, but the best ones can only be found in a draw that requires using premium currency. That currency is handed out now and then for free, but if you’re hunting a particular character you’ll probably need to open your wallet. Stamina meter? Yes, naturally. Not too bad in the beginning, gets to be a bit of a hassle in the long run. You know how this song goes. 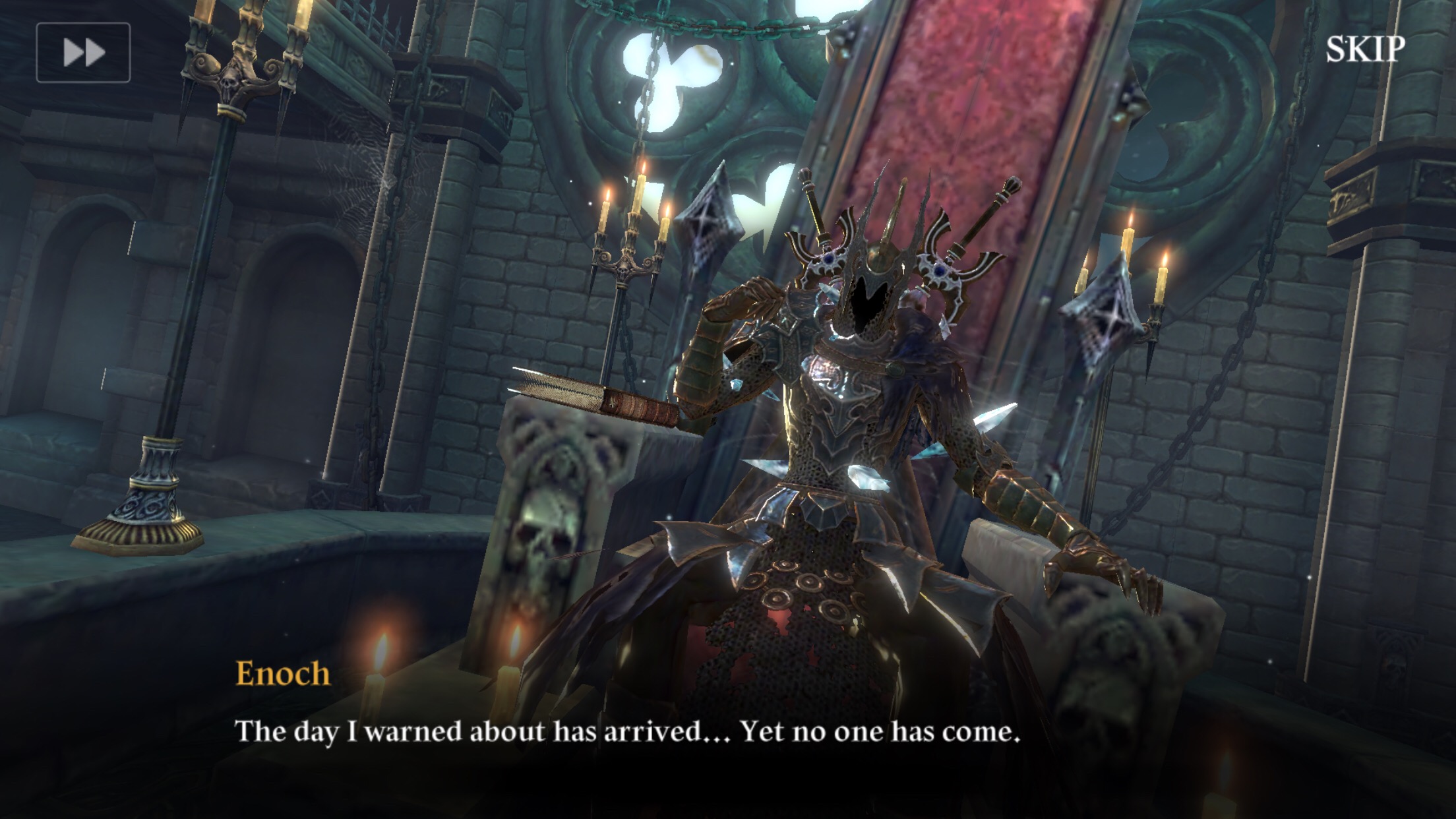 In a vacuum, you could probably really get into all of this. Sure, you’re never going to hit any actual final ending, which means any work the story puts in is never going to pay off in any way. And like most social RPGs there are some things that will be extremely difficult to pull off if you’re not a paying customer. None of that is odd, however, and Heir of Light is in most respects a fine example of the genre. But given the required time, money, and energy investment from the player that a social RPG demands, I’m not sure that just being a fine example is good enough. I’ve been on this treadmill before, and if I’m to keep running on one, I’m not sure that Heir of Light would be my top choice. It’s the definition of solid but not spectacular.

Except the graphics, anyway. Goodness gracious, what a pretty game this is. The art design is good, and both the 3D models and the effects applied to them are quite impressive. One of those games where you plug into the wall while you play and your battery meter slinks downward anyway. A veritable hand-warmer for cold nights. Social RPGs are quickly becoming the genre that pushes mobile hardware more than any other, and Heir of Light comfortably sits at the cutting edge of that category. It starts recycling a lot of its visual content after a while, but I can hardly blame the publisher for wanting to get some extra bang for their buck. Is it worth checking the game out just to feast on some eye candy? Well, it is free to try, after all.

The tricky bit is whether or not you’ll want to stick around after that initial romp. I mean, you probably could. It’s an agreeable enough game and there’s a good chunk of content to burn through if you’re that-way inclined. But if you’ve burnt out on or bounced off of a social RPG in the past, you’re likely going to look at Heir of Light the way you’d look at your seventh straight plate of spaghetti and meatballs. It’s not bad spaghetti, but it’s still just spaghetti. Yes, even with that bit of parsley decoratively garnishing the plate. If you’ve still got room in your stomach for more spaghetti, though, this won’t make you sick.