Calling The X-Files just another science fiction show is doing it a slight disservice. It became a cultural phenomenon by mixing aliens and the supernatural, as well as mythology and standalone episodes, all while introducing iconic characters led by Fox Mulder and Dana Scully. Similarly, you can’t really call The X-Files: Deep State (Free) just a hidden object game, seeing as it also has numerous other mini-games, dialogue-driven decisions that affect the story and much more. It’s an intriguing mix of elements worthy of its source material, but it’s plagued by a sinister array of free-to-play headaches as menacing as anything cooked up by the Cigarette Smoking Man.

You star in Deep State as a young FBI agent of your own design, which could serve as X-Files wish fulfillment until you realize that horrible things tend to happen to the agents on the show. Along with your partner, you start off investigating a murder case that quickly takes a turn for the bizarre. An influential attorney is dead, but was it really her soon to be ex-husband who did it? Which one of the parents abused their child, and why is said child claiming he saw a blue monster before his mom died? 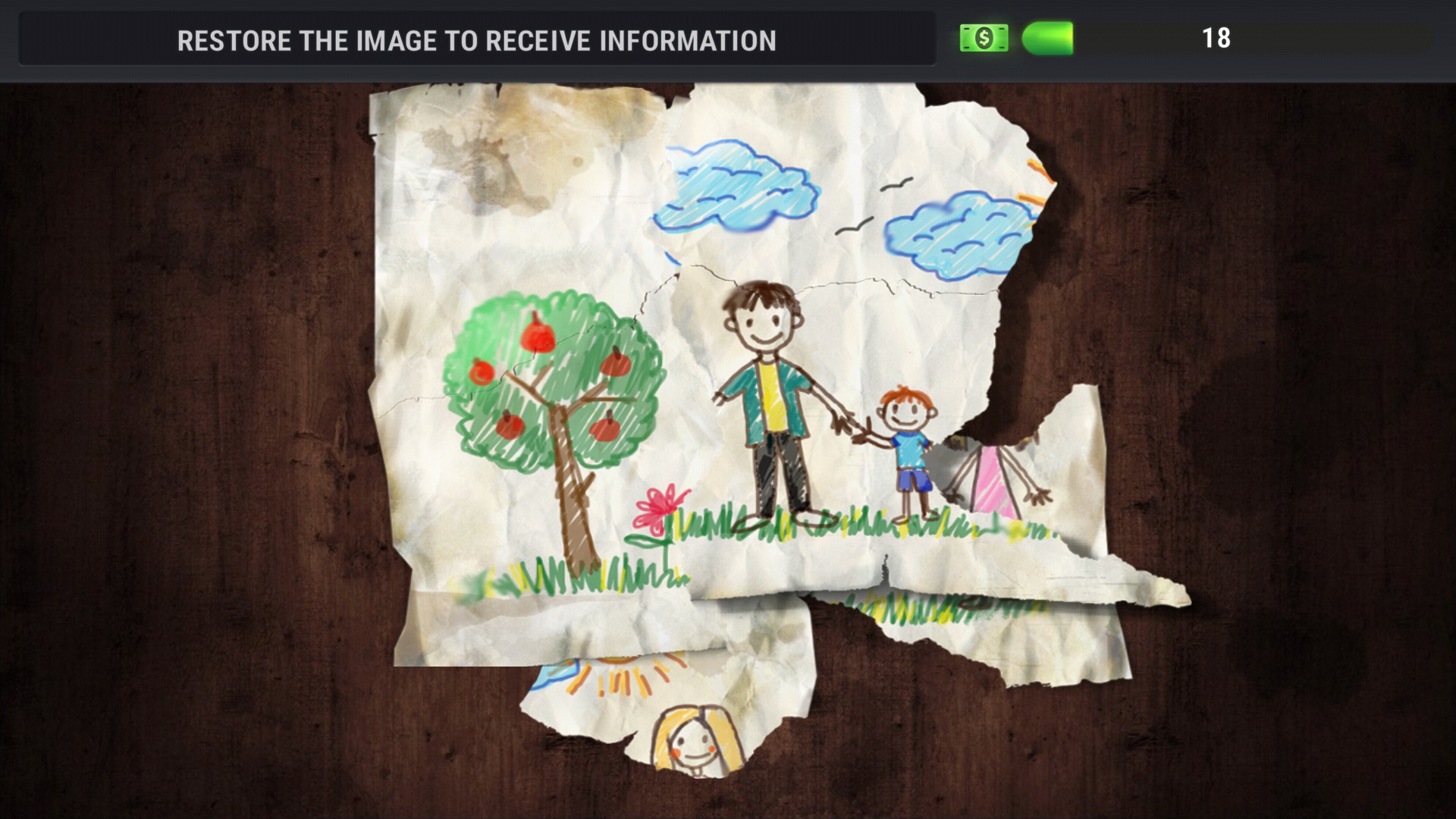 Like good episodes of the TV show, the first case leads you in one direction and then veers off in another, and the hidden object portions of the gameplay are well thought out in terms of how they fit into the story. So well designed, in fact, that you might not even ponder how you’ve played plenty of games like this before. You also get to sample other small mini-games in-between, with some levels featuring things like pattern matching, assembling torn pictures from their pieces, hunting for fingerprints, and even rudimentary combat sequences. There are occasions where it’s not that obvious what you are supposed to be doing, which wouldn’t be so bad except almost everything you’re doing in this game is racing the clock.

You have a partner, naturally, but whether you fall into the classic believer Mulder and skeptic Scully roles is entirely up to you. The narrative provides plenty of moments where you have dialogue choices that affect how the story proceeds (though their impact isn’t necessarily apparent right away), culminating in one big moment at the end of each level where you have to make a binary and difficult decision. Deep State gives you a rundown of how your choices align with all of the other players who have finished the same levels, which is a nice touch. 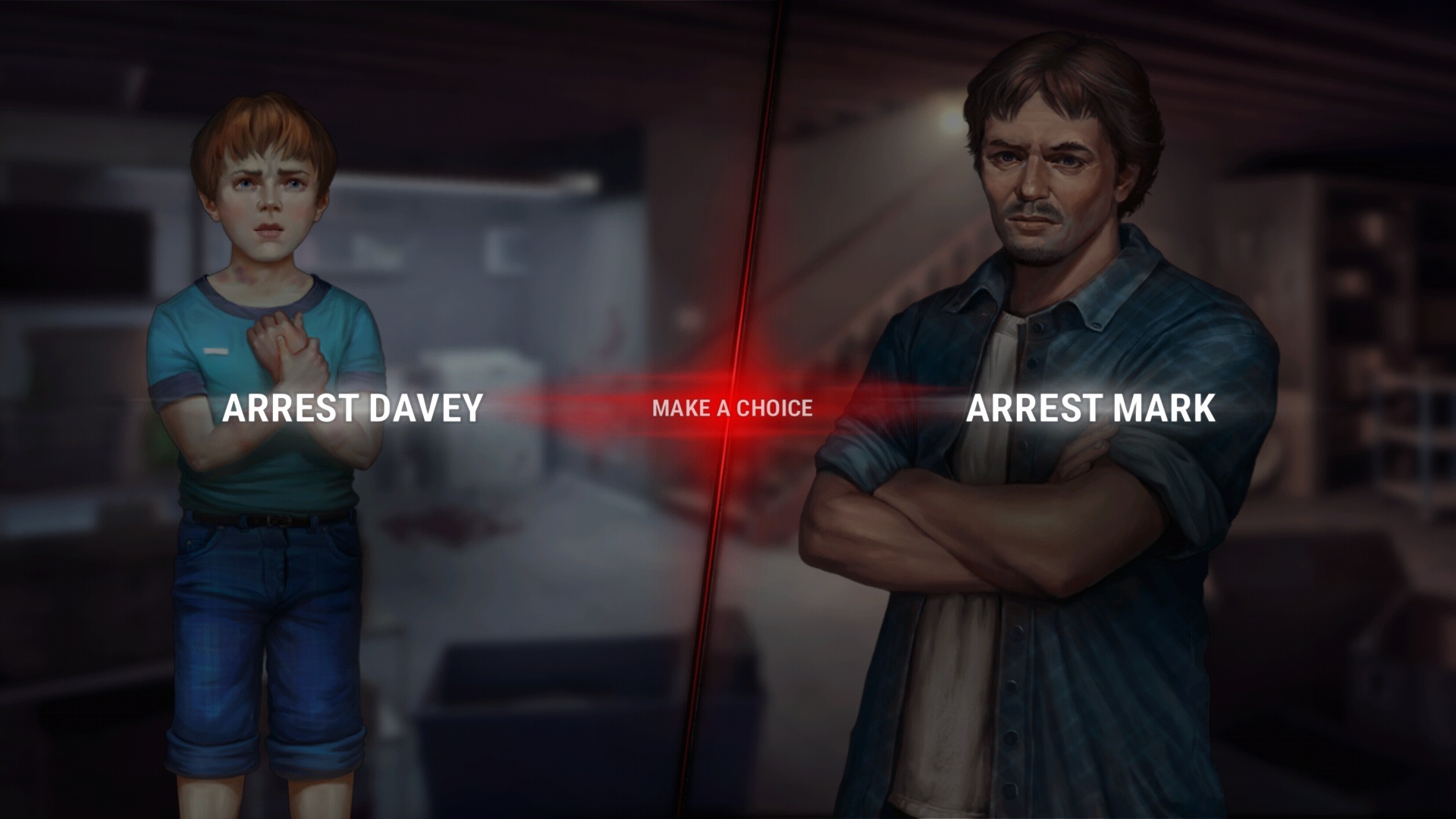 The issues with some of the game’s systems don’t really come into play as you complete the first episode, and it definitely is a fun and appropriate storytelling choice to package everything like it’s a TV series in its own right. It’s only when you make your way through the second episode that it becomes apparent how many forces are working against you, and we’re not talking about extraterrestrial conspiracies here.

(Although, one supposes you can’t entirely rule it out … )

For starters, there’s an energy system, albeit not a particularly restrictive one. Every time you tackle a hidden object scene, you have to spend some energy, including re-upping if you fail the scene and have to go through it again. By itself, not so bad, since you can ask friends for more energy and but more with the game’s premium currency. 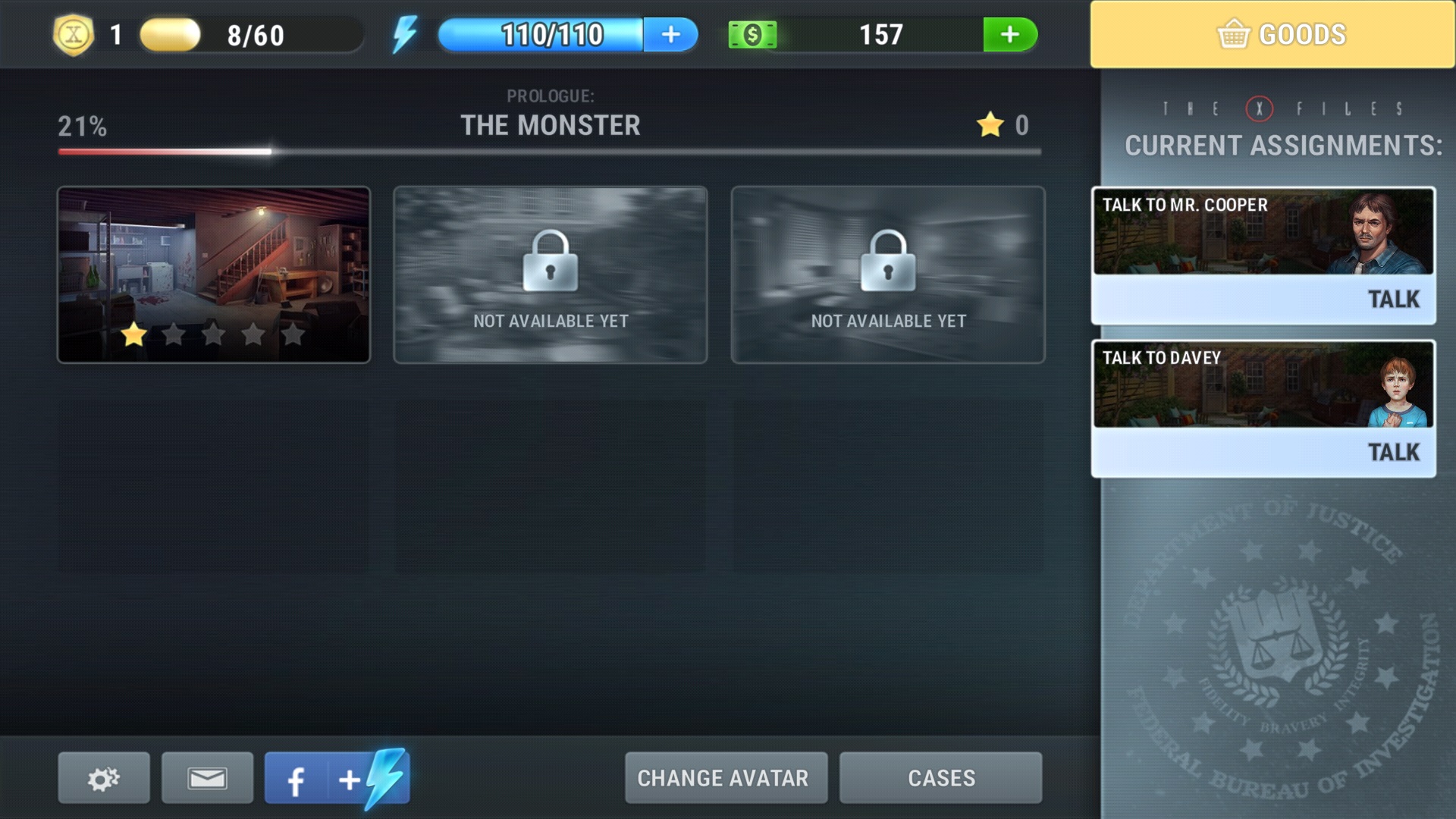 You also have to go back through scenes more than one time to earn enough stars to advance the story. In the first episode, you barely notice this, but it becomes a much digger deal beginning with episode 2. Thankfully, the developers tweak each scene so the challenge is slightly different each time, by making you recognize objects only by their shape or name or rendering the whole picture black and white. It’s still a little frustrating to backtrack, and you end up doing so without the cool story bits you’re used to getting by that point.

But wait, there’s more. Occasionally, you collect evidence and have to wait for the results while it is being examined back at the lab. The first episode gives you wait times of under a minute, luring you into thinking this will be a minor inconvenience, even if experienced mobile gamers will know those timers are going to be longer as you go. Sure enough, the second episode presents one that lasts an hour … unless you pay $0.99 to skip it. That’s not so much building a paywall as picking it up and smacking you in the face with it. 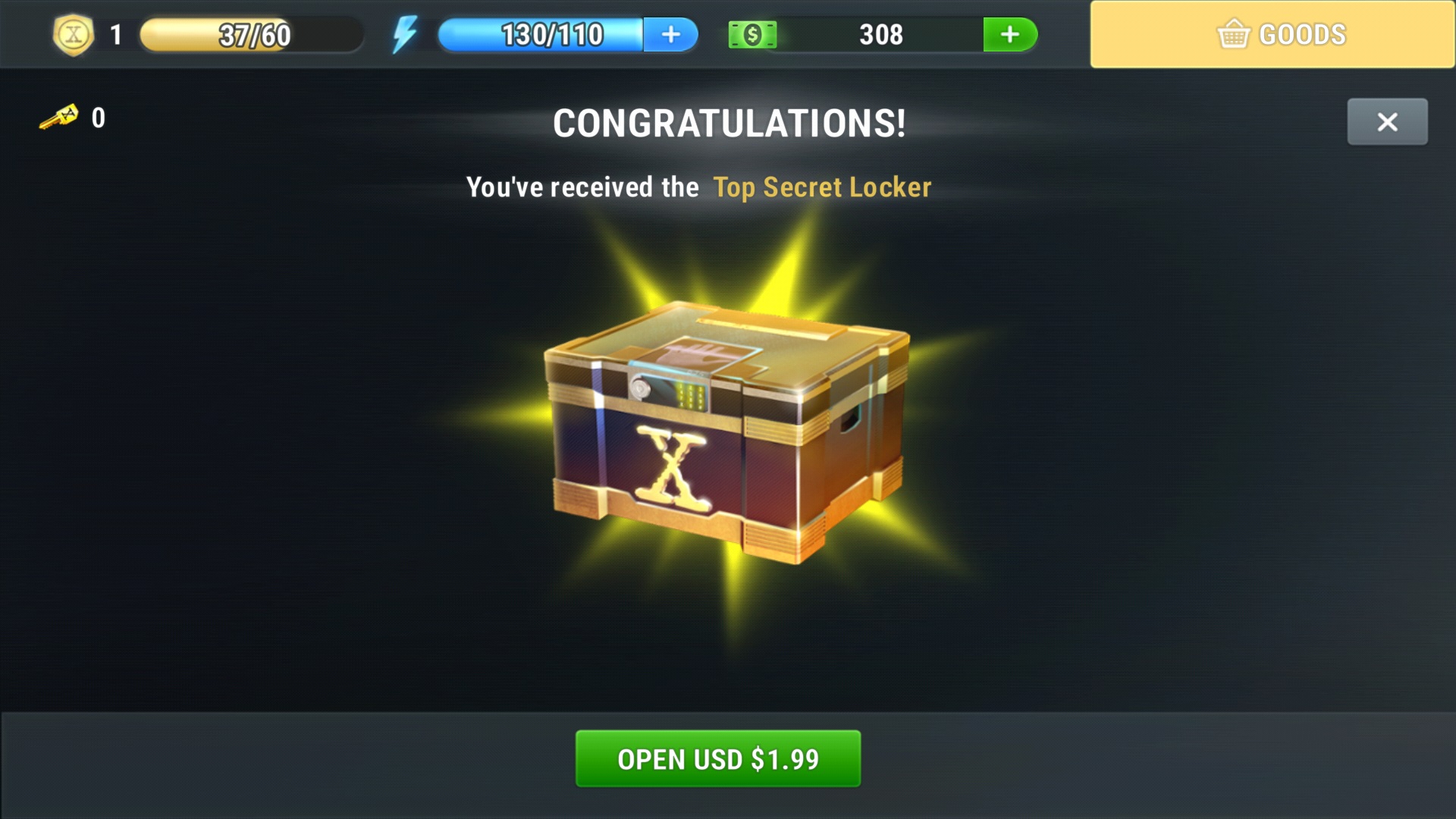 Last but not least are the loot boxes. While working on your cases, you can earn lockers full of goodies like energy items, points boosters or in-game currency. They come in three tiers, the first of which can be opened for free, but the second requires premium currency and the third asks you for $1.99 in real money. That’s kind of a big ask, and even though the premium currency can be earned doing lots of different things throughout the game, there are so many things asking for you to spend it that even that starts feeling a little offensive after a bit.

By the end of the first of the game’s five cases (not counting the one you start with since that’s labeled as a prologue), I had already run into an hour-long timer wait, had two prize lockers I was never going to open since I wasn’t spending real money on them and was stuck having to replay two more levels at the hardest difficulty just to move on to the next case. Any one of these situations would be fine in any F2P game, but added together they made me question whether I wanted to continue seeking the truth.

That’s a shame, too, because The X-Files: Deep State is otherwise assembled from some quality parts, and it just starts to tease you with the involvement of Mulder and Scully themselves when it starts to wear on you. I can only imagine that Fox would find himself getting sucked into playing it for a while between weird encounters only to end up ranting about how “they" were out to get him by striking at him through his wallet. Even if you generally trust no one, you should heed my warnings before you get in too deep.