Those readers unfortunate enough to follow me on Twitter know that I have a terrible vice, and its name is Marvel Avengers Academy (Free). The game’s original concept, which sounded like something between a city builder and a dating sim, pulled me in at launch. While it has done an absolutely terrible job of delivering on its initial promises, the entertaining writing and deep character cuts managed to keep me coming back anyway. The game just hit its second anniversary, and to honor the occasion developer TinyCo has brought some seriously big changes to the campus. Good? Bad? I suppose we’ll have to see how things play out, but it’s certainly different.

As mentioned, the original idea behind Avengers Academy seemed to be a game where you developed your own campus for training young superheroes. You would send them to do tasks to gather resources to buy new buildings and unlock new characters, gradually ranking them up to resemble their usual adult selves. It was never clear how the game’s dating mechanics were going to work, and nothing ended up coming of those early promises. Instead, the game more or less become a series of back-to-back events that involved an awful lot of combat. Not the worst thing in the world, but it doesn’t seem like combat was originally meant to be as important as it ended up being. At the best of times it was a game of rock-paper-scissors that had to reset character levels with each event lest new players be left behind.

The new version seems to be aware of its current reality. The core loop still requires players to complete missions by sending their heroes to perform various tasks, but the rewards for doing so are now stamina points which can be used to battle enemies. Through combat, you will earn coins and materials for both leveling and ranking up your heroes, making them more powerful and able to handle tougher foes. Those improved stats are now permanent, so any effort you put into upgrading your favorites will not be wasted. There’s no two ways about it, though: you’re going to have to fight often from here on out if you want to do anything at all in the game. 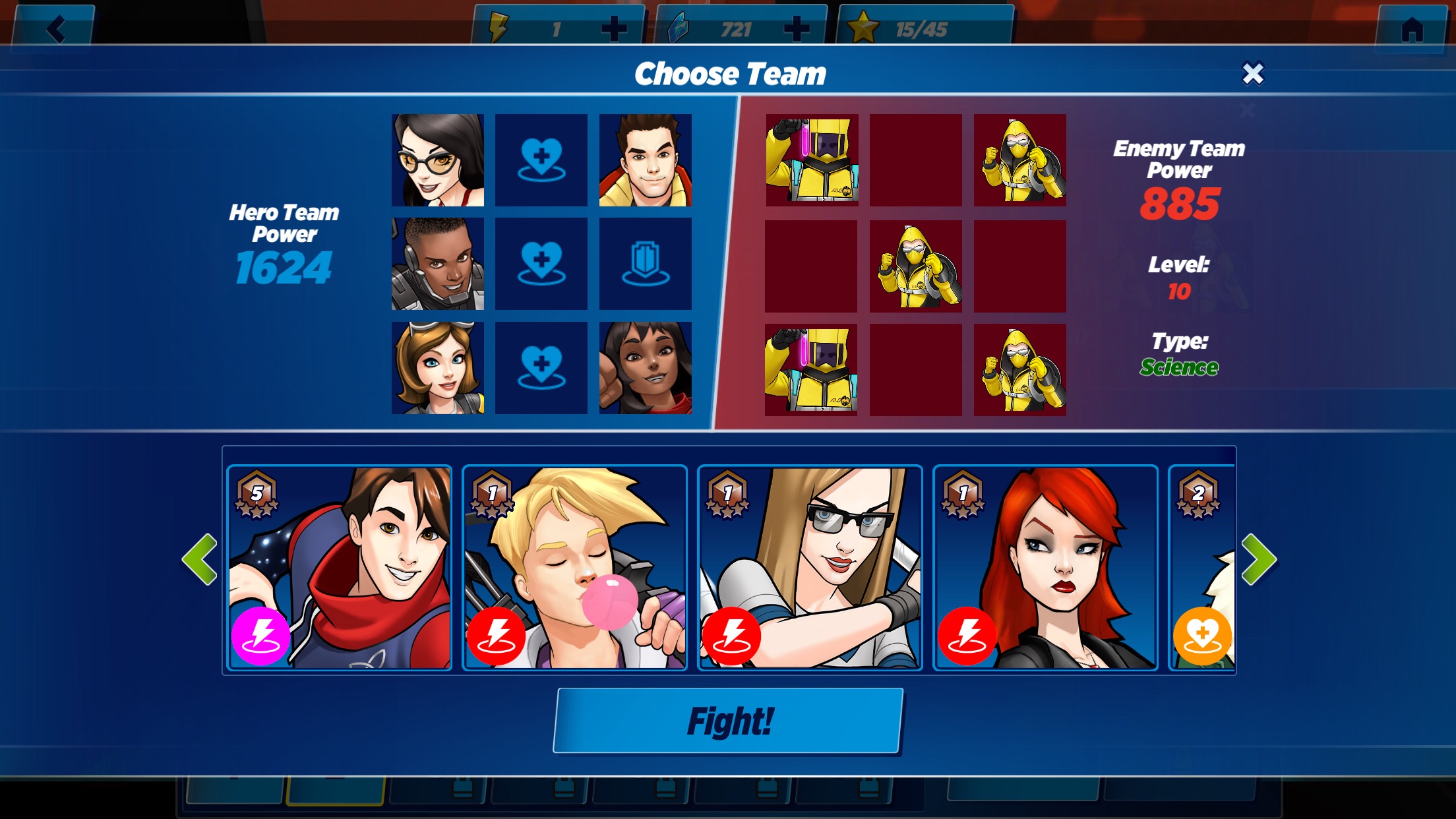 The combat system has seen major changes in light of its new importance. Each character has been assigned one each of three roles and five types. The roles determine where they are best positioned in battles, and the types form a circle of strengths and weaknesses. You can now field up to five heroes, and their positions matter quite a bit now. In the old system, your heroes succeeded or failed as a team. Now, front-row tanks will absorb damage while the back-row attackers deal blows. When a character’s hit points run out, they’re removed from the battle. Taking advantage of types and upgrading your characters are essential to success.

The game’s UI has also seen some dramatic changes. If you want my honest opinion, these changes are for the worse. It takes more tapping around and going into and out of menus to get things done compared to before, and some of the color choices for fonts and backgrounds make it hard or at times impossible to read text. Kinks to be ironed out, I suppose. There are now daily goals to shoot for, and a daily login system that rewards players for showing up every day. 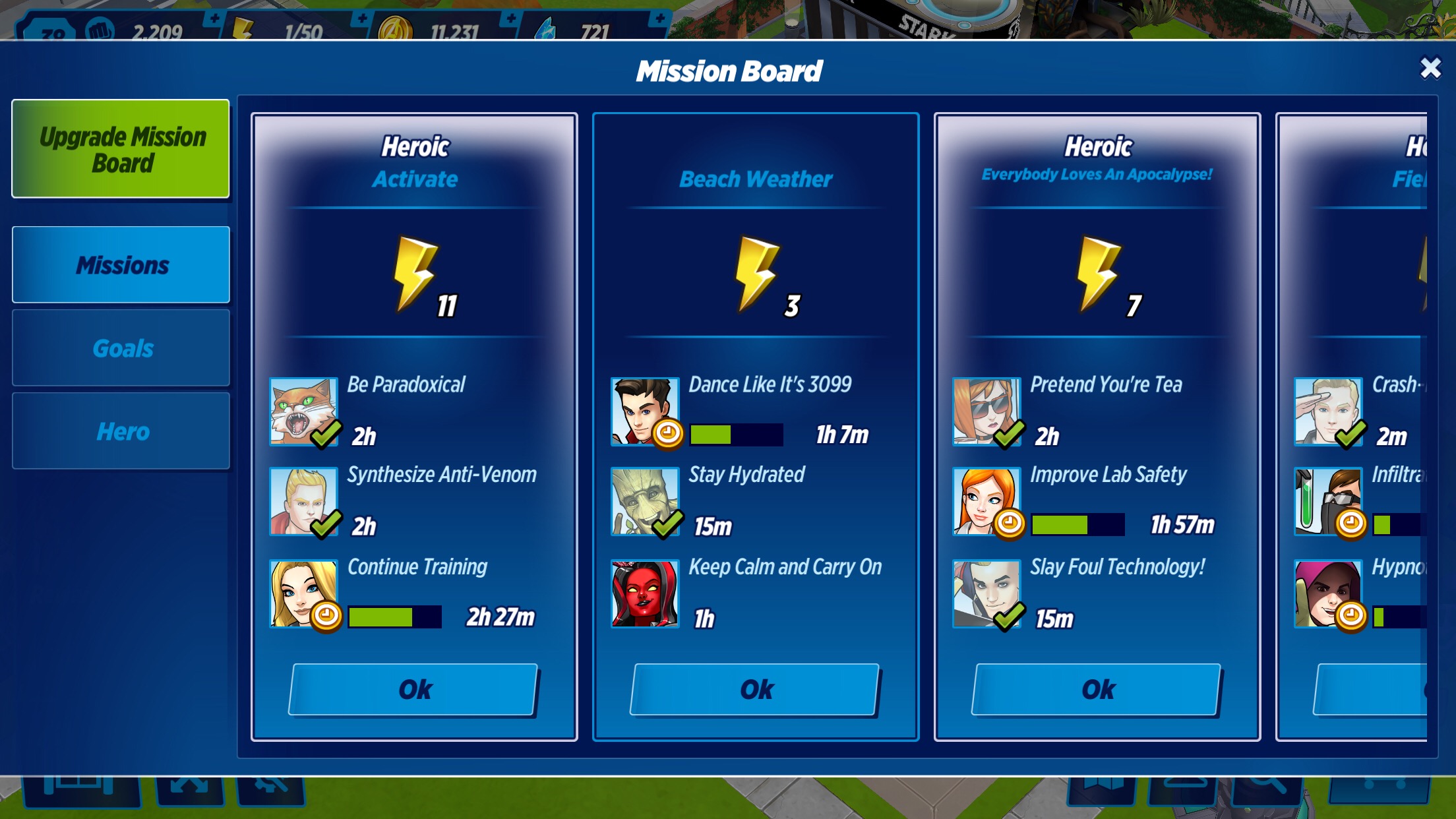 I haven’t mentioned all of the changes here, but I’m sure you get the gist. What was once little more than a Marvel-themed fishbowl of sorts is now a much more involved game. Some players are going to like that change and others are not. My only concern is that the more complicated a game’s mechanics are, the greater the opportunity for some added nasty monetization to get brought in. To be frank, Avengers Academy already had plenty of that, and I’m not sure it can handle much more while still keeping a healthy fanbase. Many of these new systems are highly reminiscent of TinyCo’s Futurama: Worlds of Tomorrow (Free), and that app seems to have gone over like a lead balloon both critically and commercially.

Still, there’s no sense worrying about it before we see how the hand plays out. I’m hoping these new changes don’t skew the game too badly against players who are unwilling or unable to throw balled-up wads of hundred-dollar bills at it, and I think the user interface needs a serious re-examination, but it is nice to see so much effort put into an update at this stage of the game’s life. This isn’t really what I was looking or hoping for from Avengers Academy, but that doesn’t mean it can’t be cool in its own right. 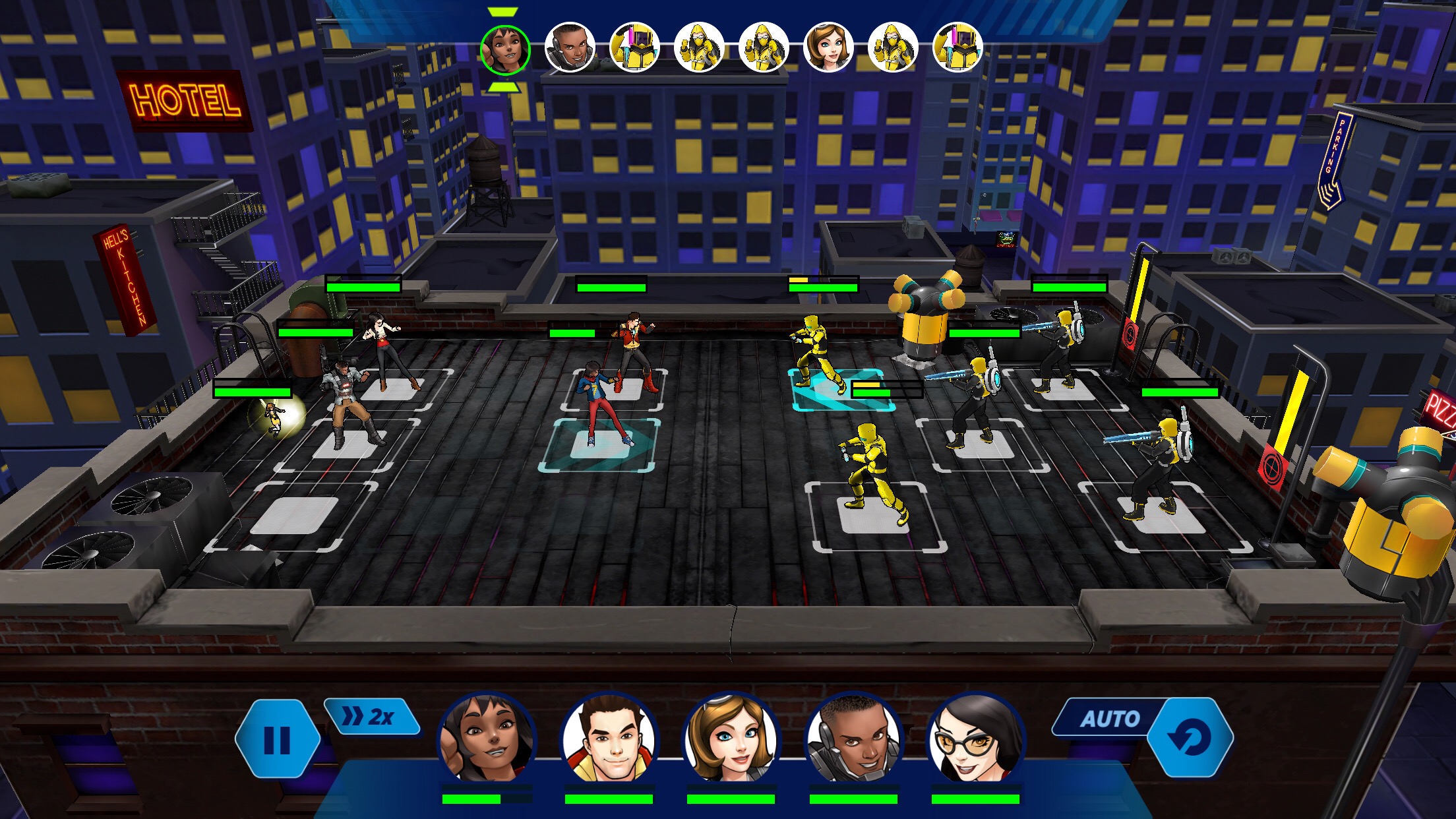