For anyone who’s reached adulthood, few game genres are as comforting as metroidvania. There’s something about the combo of action and platforming that just takes you back when done correctly, and Dandara ($3.99) surely does that. While it wears its classic influences very much on its sleeve, this game builds on them with a unique system of movement and a gorgeous environment that beckons you to explore. Even though Dandara launched on multiple platforms, it feels right at home on touchscreens, so much so that you can’t help but wonder if this is how it’s truly meant to be played.

I’ll be the first to admit that I wasn’t quite hip to the way that Dandara presents its story. Maybe I just need things laid out for me a little more explicitly. All you really need to know is that the world you’re diving into is called Salt, and the titular heroine is needed to save it from the forces of evil. You embark on your quest with modest capabilities, as one does, which is alright in this case because getting around is more than half the fun when the game begins. 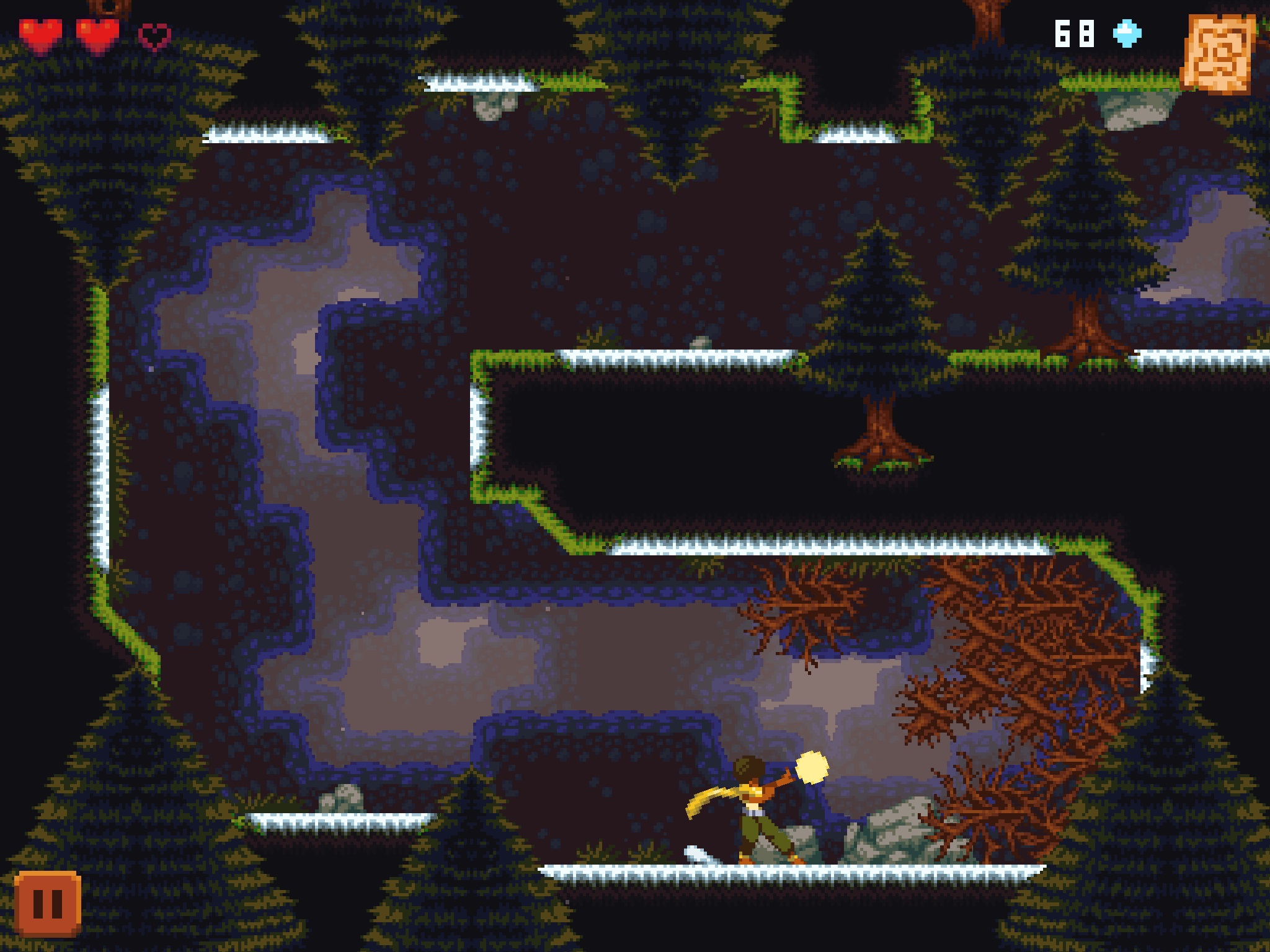 That’s because movement is its own complete riddle to solve for newbies. By tapping and holding on the right side of the screen, you extend a line out from Dandara that points to where she’ll land when you let go. Only some parts of every platform, typically lined in white, can be landed on, and then you’ve got to point and release to get to where you want to go next. Making things even more interesting is the fact that gravity holds no sway over you, so landing on the ceiling or walls is not only possible but essential. Every now and then, the game will rotate when you enter a new area, so you will get disoriented at times, even with a map. But it’s a lot of fun just zipping around at first like some combination of Spider-Man and Speedball — or if you don’t like Marvel Comics references, consider it an infinitely more enjoyable way of putting your high school geometry knowledge to use with your reflexes.

Naturally, there are enemies who would rather you didn’t save Salt, so your left hand is for holding down and releasing in the direction you want to fire your energy blasts. Considering you often need to do this while on the move, or at least very quickly after moving, the combined effect is kind of like a gonzo twin-stick shooter mashed up with your metroidvania. The difficulty isn’t murderous, but the challenge level is real, as sometimes you’ll need precision, other times speed, and occasionally both at once. You’ll probably find yourself dying fairly often until you get the hang of everything, but the occasional camp provides a respawn point when you fall into oblivion, as the game calls it. 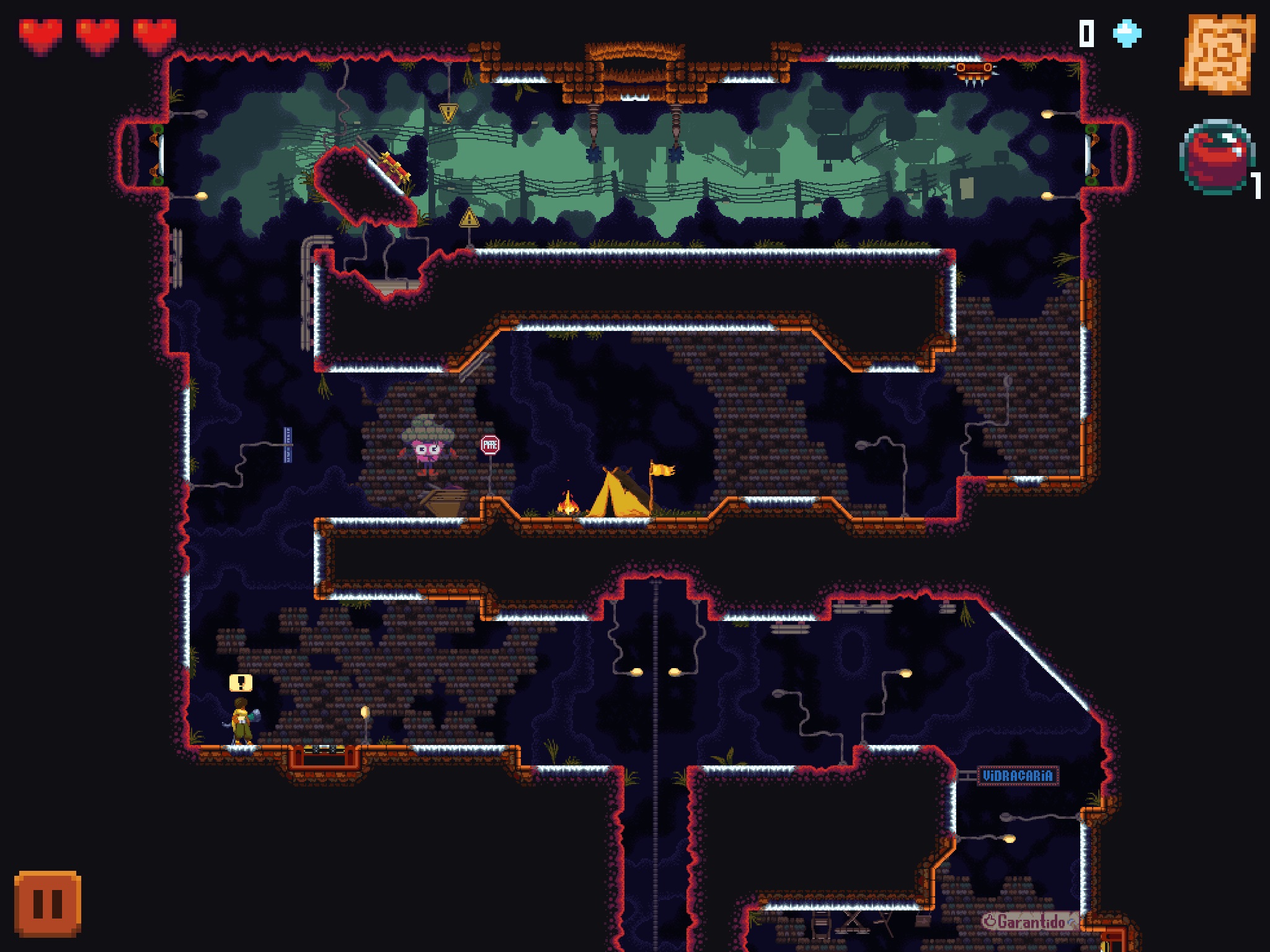 As in some of the genre standard-bearers, you’ll soon discover that there are many places you can see but can’t get to or visit and not be able to fully unlock. Doubling back once you’ve unlocked more upgrades is something you’ll definitely need to do, and the devs did excellent work making you actually want to do that. What’s that noise that’s making everything shake in the temple but hidden behind that stone wall? You might not find out right away, but rest assured you’ll remember it for later.

Some of those surprises for down the road take the form of boss battles against truly huge opponents, and it’s both in those encounters and talking to some of the NPCs that the game’s art style shines brightest. Most of the visuals are done up in a retro, slightly pixelated style, but the large bosses and other characters with speaking roles have their own aesthetic that almost seems like it came from another game. Paradoxically, it still fits together with everything else, giving Dandara the visual uniqueness to match its mechanics. There’s a crazy amount of detail as well, including multi-layered backdrops and tons of objects in constant motion, though you might have to force yourself to stop for a minute to admire and take it all in. 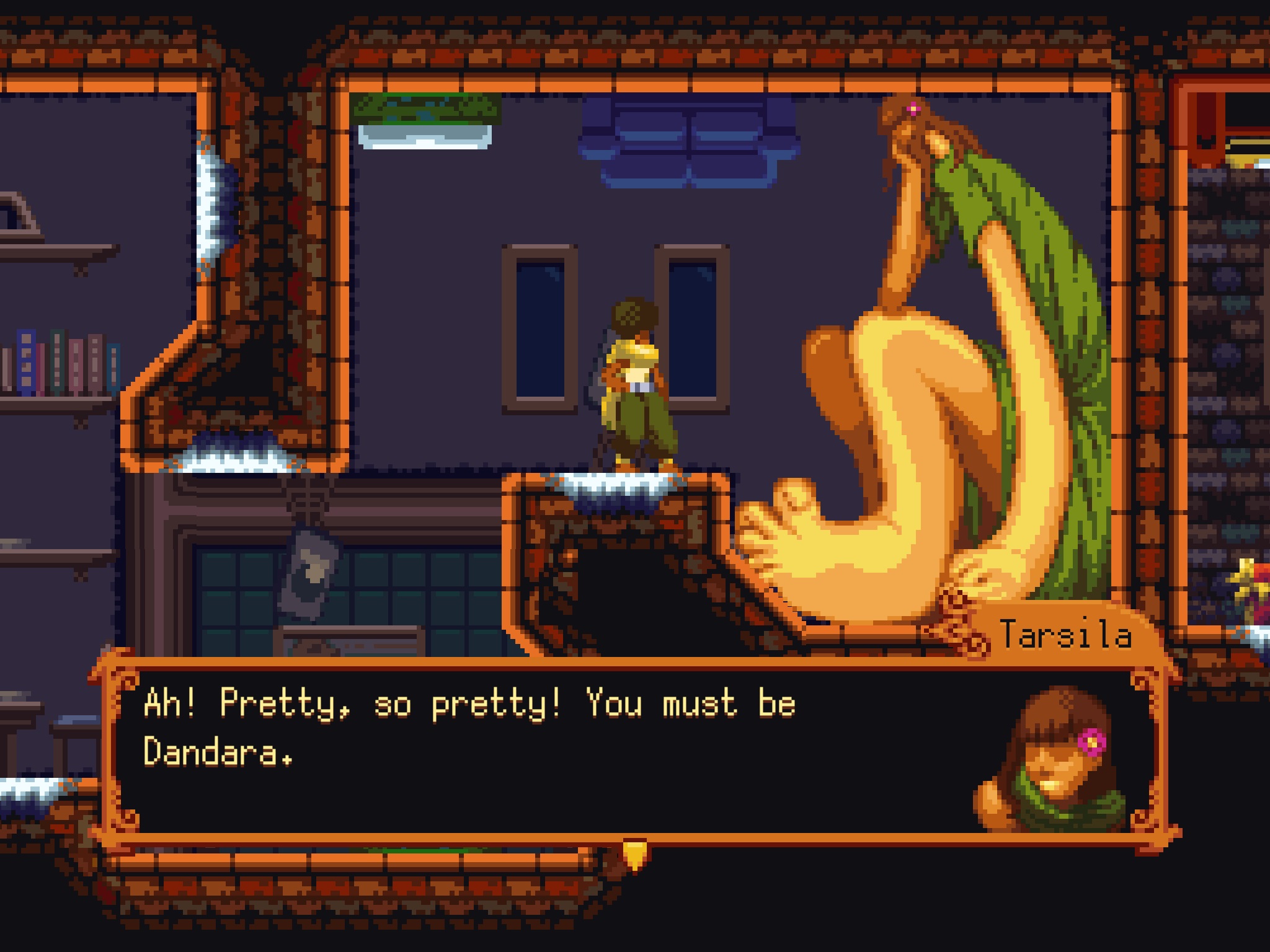 The audio experience is nearly as good because while Dandara doesn’t necessarily have a soundtrack as much as it has ambient background music, it still does its part in creating the atmosphere. You’ll notice the music change from zone to zone too, and the sound effects, including the one you’ll hear often as you charge up your powers before releasing them on your foes, are on point.

Any quibbles with the overall experience are relatively minor. I couldn’t get the game to flip on my iPad and was stuck playing it the opposite way from how I’d normally hold it. That would have been even more of an annoyance for most other games, but because of the way this one is designed, you actually could play it upside-down and just be moving and shooting with the opposite hands. The only times you’d even notice something was amiss is when you talk to someone or fight some of the bosses.

Seriously, though, if you were ever going to shell out for a iOS game that is premium to its core, you want to do it for one that earns it with stellar gameplay, stylish presentation and just the right dash of nostalgia. Dandara connects all of those dots the same way it gets you leaping from point to point, and there’s a good chance you’re going to be spending plenty of time with it if you give it a shot.