It feels like over the last few years, esports has grown from a niche curiosity to a vaguely mainstream thing that developers are willing to blast tons of resources into promoting- Particularly as it becomes an expectation that if you have a multiplayer game, it must have some sort of official organized esport as well. Supercell’s schtick as a developer has been to create games and then push the theoretical limits of how much production quality they can pump into them, so it shouldn’t come as much of a surprise that the Clash Royale Crown Championships World Final is the most over-the-top esports event I’ve been to in my entire life. 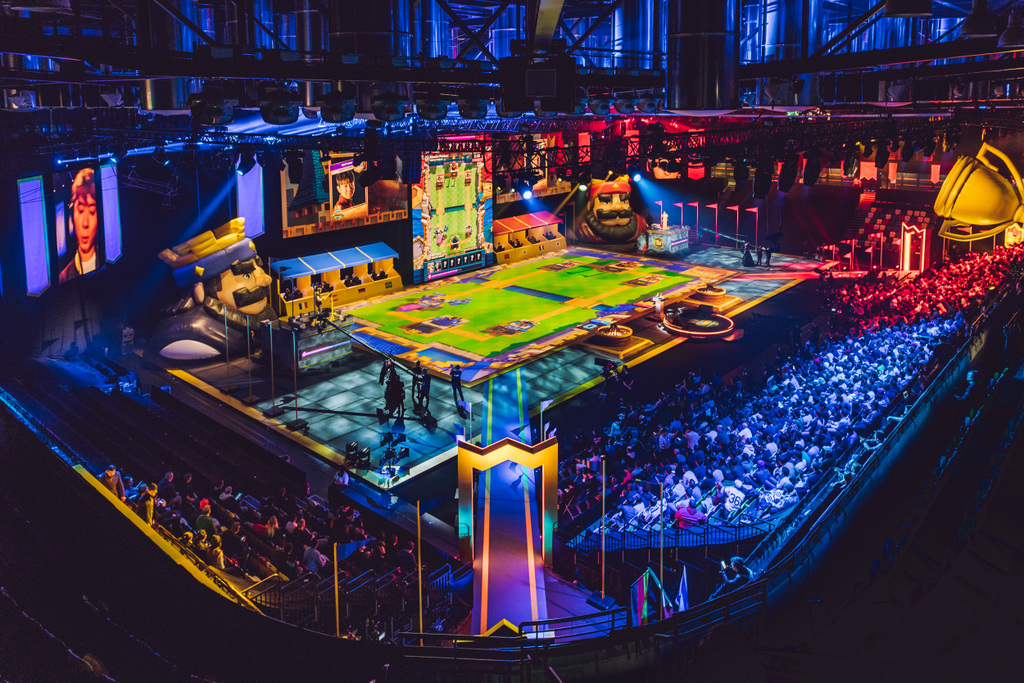 As I write this, I’m sitting in the press area in the stands of The Copper Box Arena in London. It’s the third largest venue in the city, seating 7,500 people at full capacity. Supercell has reduced the amount of available seats to 1,500 to make room for the most absurdly excessive set imaginable. On opposite sides of the arena are towers that the players stand on, which are modeled exactly after the King’s Tower in the game. On these towers is a podium holding a tablet, as well as cameras pointing at the players’ faces. Oh, and on the side of these towers is a live display of the elixir bar from the game for each player. Behind these real-world King’s Towers are massive blow up stern-looking kings, matching the color of each side.

The actual floor of the arena, which is about the size of a basketball court, has been transformed into a massive 3D projection screen. During games, the Clash Royale battlefield is broadcasted on the floor in 3D, so you can watch the battle, as if it were taking place with real units. The entire back wall of the set is an array of massive screens, showing the in-game view as if you were watching it on TV Royale, player profiles, and the camera feed from the cameras focused on the players’ faces on each podium. Also along the back of the set is eight different desks filled with casters commentating the matches in the languages of all the most popular Clash Royale regions. (The main English casters have their own desk at the top of the arena.) 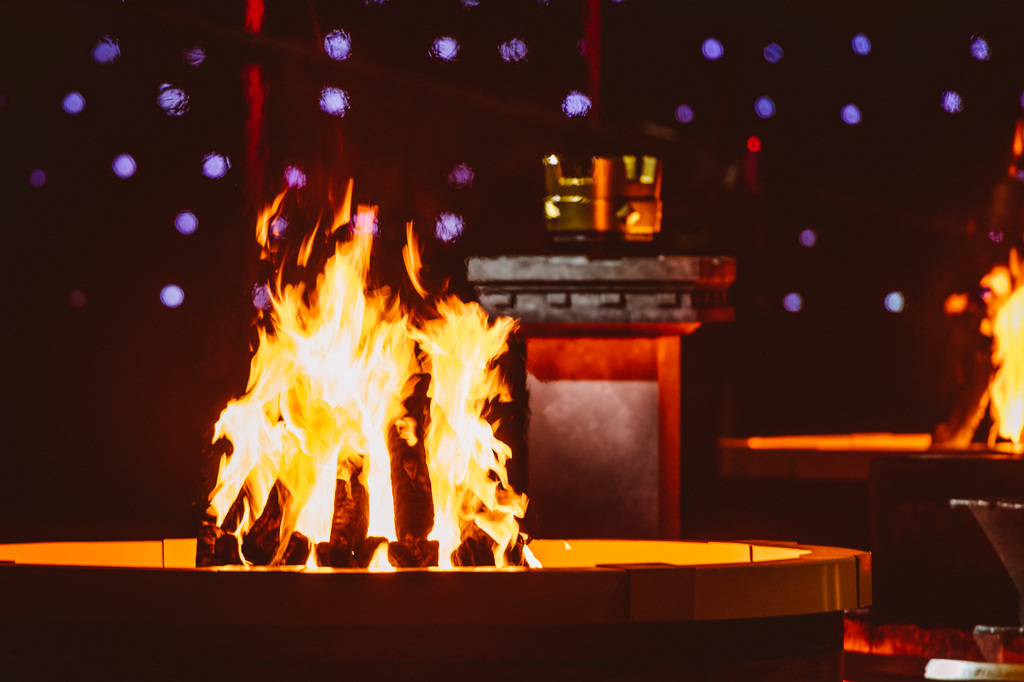 Closer to the audience in front of the 3D projected arena floor are two real fire pits, which explode in flames when things happen in game. If one side loses a tower, the fire pit on that side flares up. Oh, and at major breaks during the tournament, like the transition between the quarter finals and finals, they bring out real-deal fire dancers swinging flaming swords around. Between these fire pits, and fire dancers, is a illuminated dias that different interviews are held on, and behind that is the grand prize: The golden crown trophy.

Except, following the theme of cutting no corners in event production, the gold crown trophy isn’t just sitting there collecting dust. No, instead it’s on its own podium, quite literally hovering and slowly spinning in the air using magnets or some other Finnish black magic. Oh, and of course, I’m pretty sure every possible place that Supercell could mount a multi-colored moving spotlight in The Copper Box Arena has been taken advantage of- I almost wish I would’ve bought my sunglasses, as when anything noteworthy happens the lights in the ceiling go wild, there’s even lights on each seat in the audience which also blink and twinkle in time with whatever the rest of the lighting effects are doing at the time. 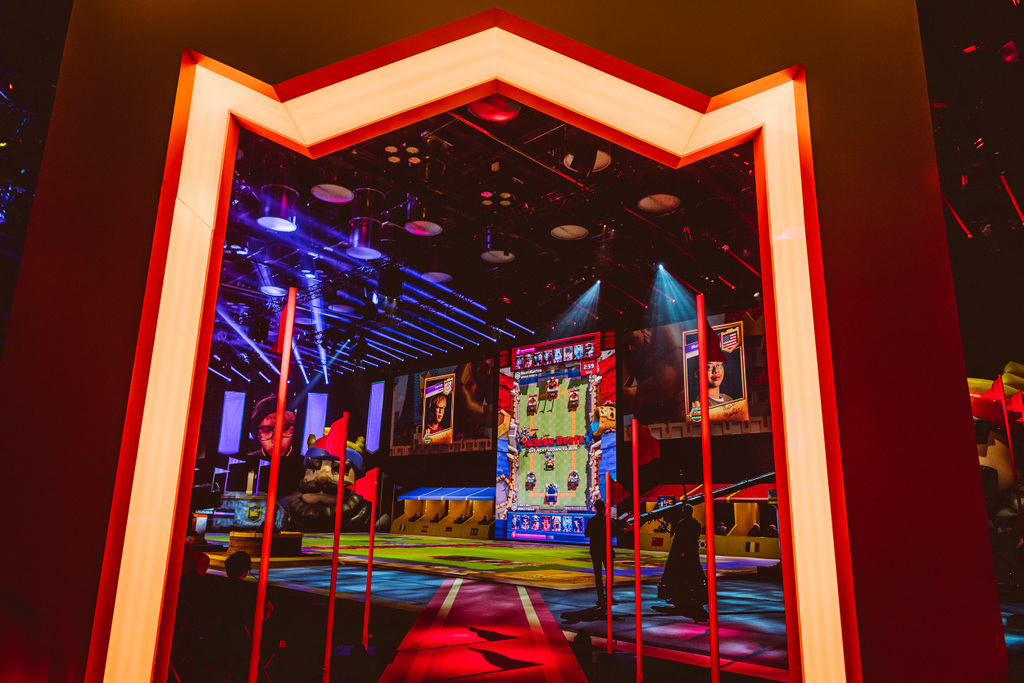 I’m trying to think of a good comparison when it comes to the overall vibe of this event, but I really am coming up dry. This has made every other show I’ve gone to in my life, from WWE events to Insane Clown Posse concerts seem like they need to up their game to even come close to competing with what Supercell has put together. My only worry is I just have no idea how the sheer scale of how ridiculously over the top this all is can possibly translate to the Twitch stream most people are experiencing this event through.

Prior to the event I had the opportunity to sit down with a few of the players, with the potential world-champions coming from the United States, France, Germany, Mexico, Korea, Japan, China, Vietnam, and China- Making this a true global event with representation from every major Clash Royale region. Two fascinating things came out of these discussions: When asked how much money these pro players have spent on the game, none of them were what you’d consider a free to play “whale." Instead, they’ve either spent very little or no money- With most gem purchases coming from iTunes cards they won from tournaments. They key there is, they were already winning tournaments before they were spending these prizes on gems. 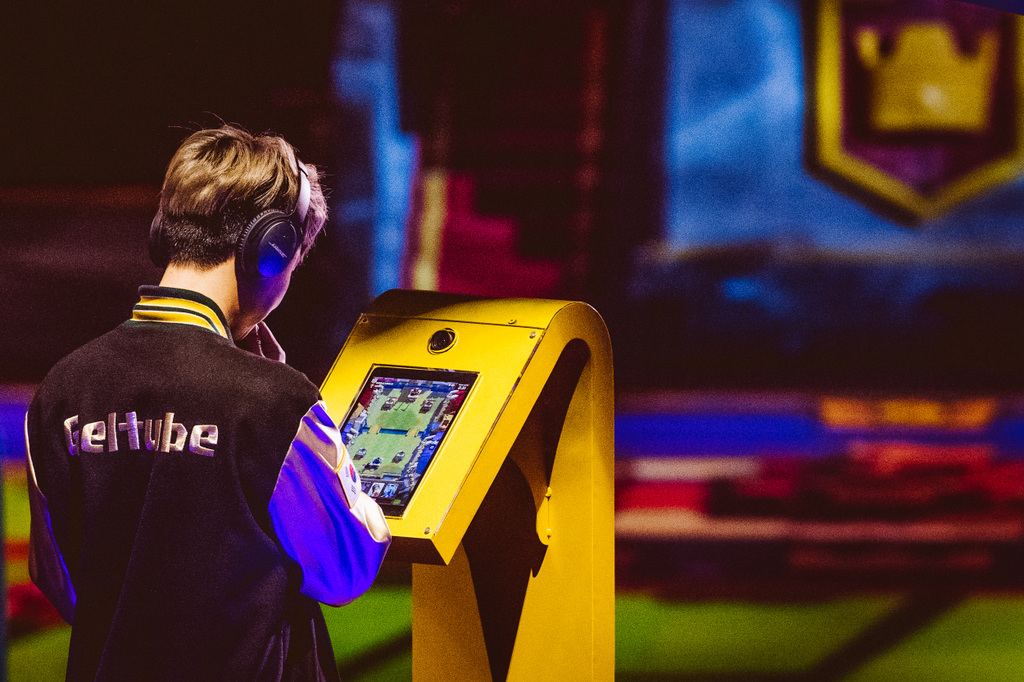 Additionally, there really doesn’t seem to be any rivalries between these competitors. Instead, they all just behave like they’re friends happy to see each other in person. No one would even give me a solid answer on who they thought was going to win beyond these unbelievably humbling and polite responses about how everyone is a good player and they hope they all play good games. Even watching the matches today, any emote usage seemed very good humored, and typically resulted in the audience laughing along.

As part of talking to the players, I also got a chance to pick the brain of Supercell esports head Tim Ebner. He had some pretty staggering numbers regarding just how many people threw their hat into the Clash Royale arena at a chance to attend this event. Back in August, 27.4 million players from 187 of the 195 countries on Earth competed. The qualifying structure involved reaching 20 wins before getting three losses. Of the 27.4 million, less than 10,000 made the cut, with China, the USA, and Japan being the top countries in this qualifying phase. 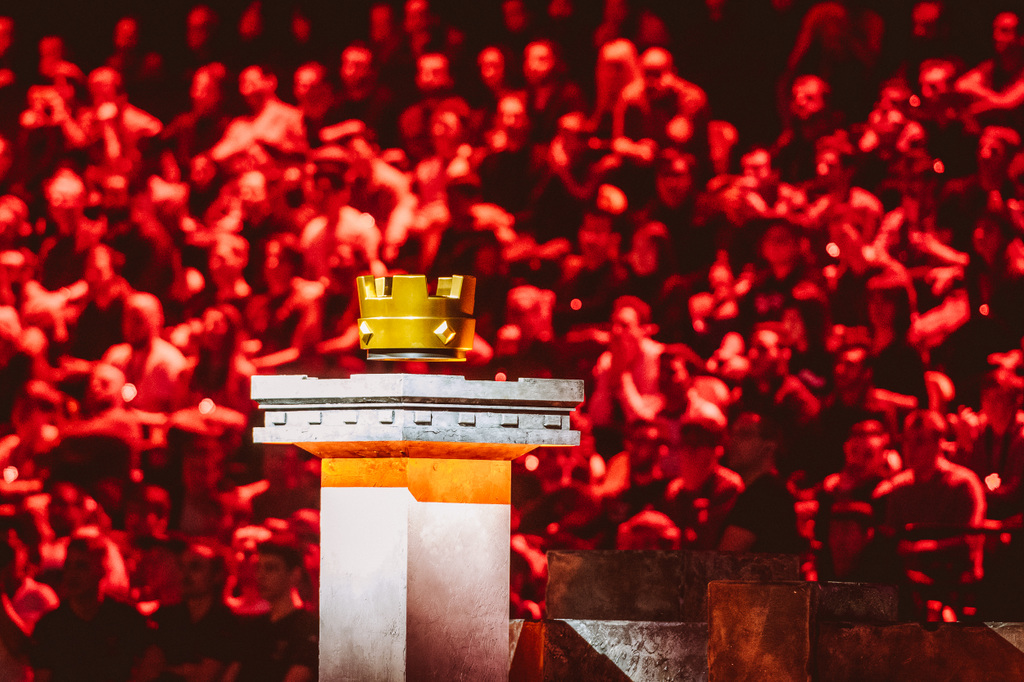 It really just goes to show what a completely massive, and totally global game Clash Royale has become. Potentially even more amazing, is that the Clash Royale team is still incredibly tiny- 17 in total, proving that you don’t need a team of hundreds of people to make a truly incredible game worthy of this level of world-class event.

The Clash Royale Championships World Finals are (as of this writing) streaming live on Twitch, with a VOD you can watch instead if you want to follow along from the beginning of the event.