The upcoming Hearthstone (Free) expansion Kobolds & Catacombs is getting closer, so the developers have started revealing more cards from the upcoming set. In a stream earlier today, we got to see 9 new cards, and they hint at new things to come to the popular card game. Peter Whalen, Game Designer and lead designer on the upcoming set, teamed up with streamer Brian Kibler to talk about the new set and reveal the cards. The biggest surprise of the reveals was probably the new Rogue secrets. Players don’t think of the Rogue class when thinking secrets, and while we won’t be getting too many of those cards, they might offer a new way to build Rogue decks. The two secrets are Sudden Betrayal, a 2 mana card that redirects an attack on your hero to one of its neighbors (I’m not sure I like this new wording here because it might confuse players), and Cheat Death, a 2 mana card that returns a minion that died to your hand and reduces its cost by 2.

We also got to see some other interesting cards. The 1 cost 1/1 Feral Gibberer is a neutral minion that adds a copy of itself to your hand every time it attacks a hero, and Duskbreaker is a 4-cost 3/3 Priest Dragon that deals 3 damage to all other minions if you’re holding a Dragon (expect many more dragons in this set). We also got to see another Legendary Weapon, The Runespear, the Shaman 8-cost 3/3 card that lets you discover a spell and cast it with random targets after the hero attacks.

Branching Paths is a 4-cost Druid spell that lets you Choose Twice to either draw a card, give your minions +1 Attack, or gain 6 Armor. The 5-spell Paladin spell Level Up! Gives your Silver hand Recruits +2/+2 and Taunt, the 8-mana 6/6 Hunter Legendary Kathrena Winterwisp has a Battlecry and Deathrattle of Recruit a Beast, and the 7 mana Warrior Lesser Mithril Spellstone summons one 5/5 Mithril Golem that upgrades when you equip a weapon. Each time you upgrade, you get to summon one more Mithril Golem. What do you think of the new cards? Excited with the direction of the new expansion? 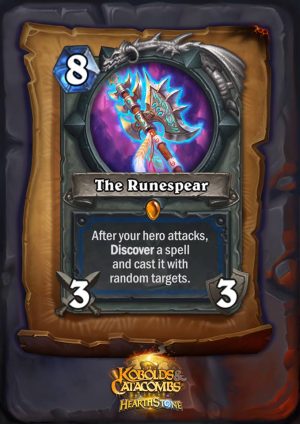 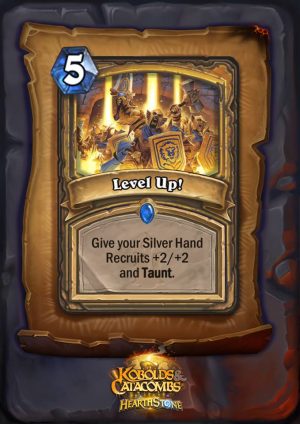 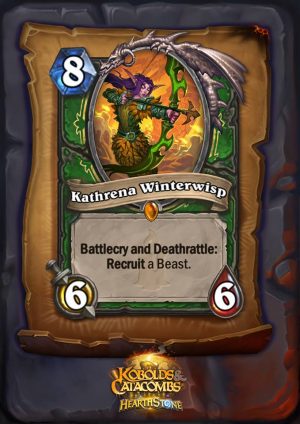 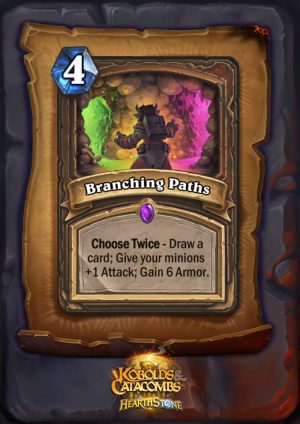 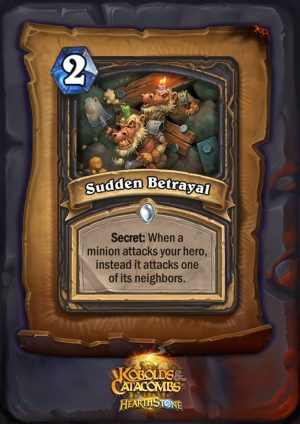 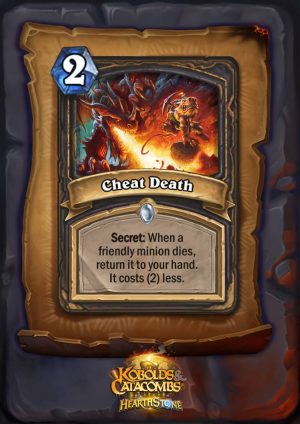 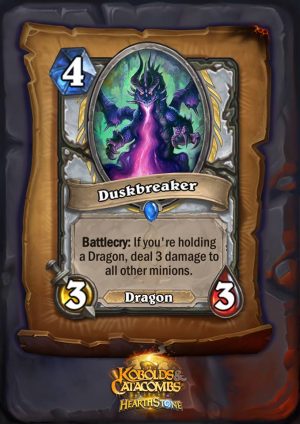 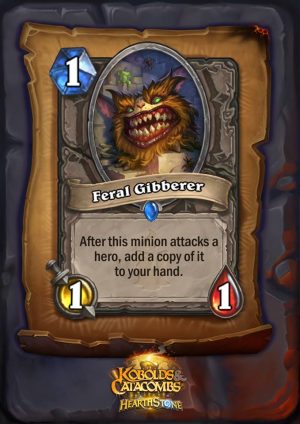