Blizzard is starting to warm us up for the upcoming Hearthstone (Free) expansion Kobolds & Catacombs with a Tavern Brawl that rewards players with a K&C pack. Treasure in the Catacombs is all about a race with premade decks. When you pick your class and start the Brawl, you and your opponent race to get 7 minions on the board combined, but the one who manages to reach 7 first gets an extra prize. The Quest reward is a Master Chest, like the one you get from the Legendary Marin the Fox. However, the one who gets to 7 first gets a Chest with 8 health and the opponent one with 4 health. 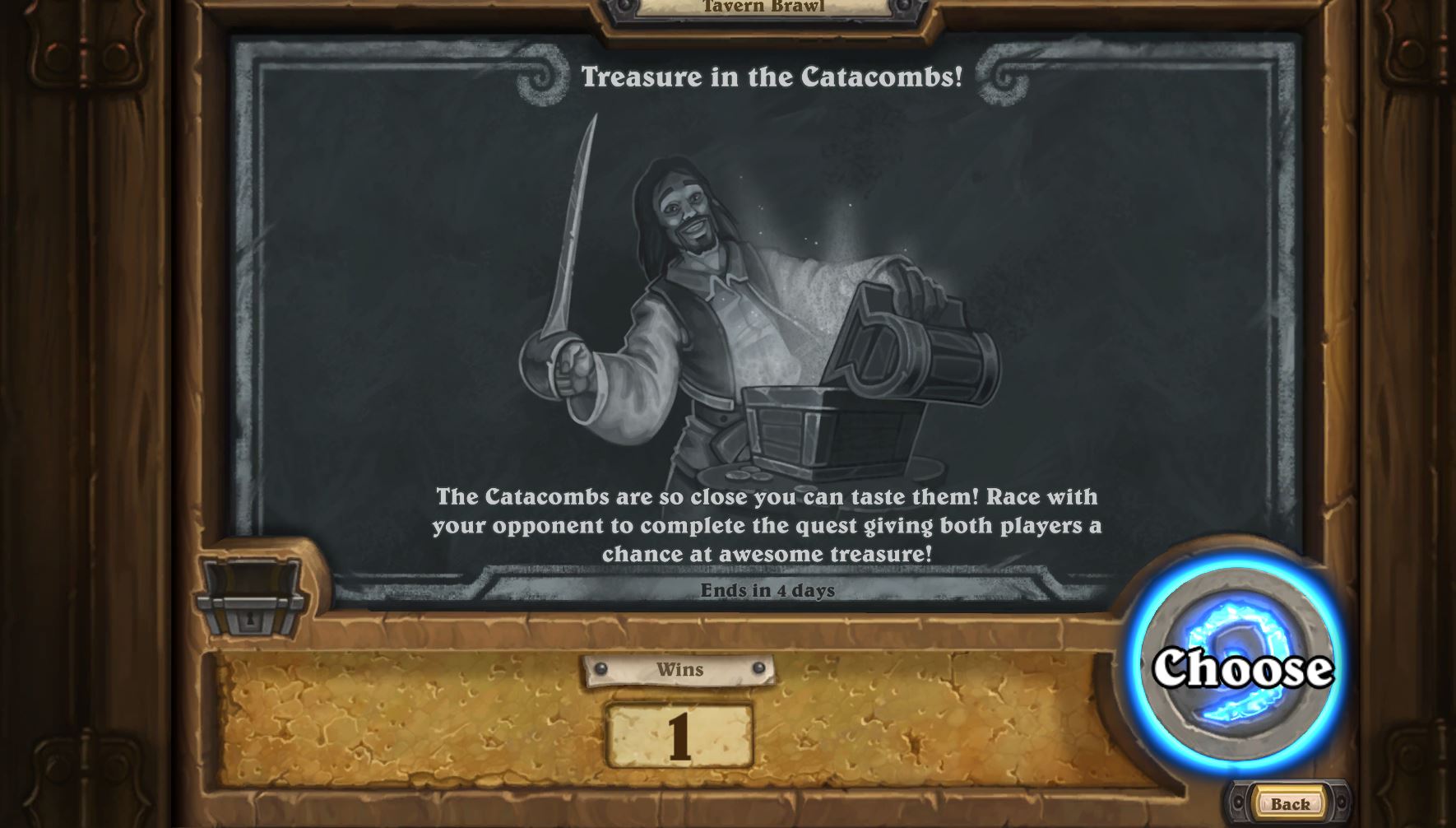 When you take out the Master Chest, you get a fancy card as a reward. And once the Chests spawn, the Quest resets and you start all over again, with both racing to 7. The reward for the Brawl is a Kobolds & Catacombs pack that you can’t open until the expansion goes live. Overall, though, a pretty fun Brawl; it’s always cool to play new Brawls rather than repeats. Treasure in the Catacombs is live in NA, so go grab your new expansion pack.