Although I don’t watch Steven Universe much, I can always see how popular it is just based on the crazy amount of merchandising I see everywhere. Today, Cartoon Network decided to bring more Steven Universe to mobile in the form of Steven Universe: Dreamland Arcade (Free), a collection of arcade games starring different characters from the cartoon series. The game starts with Steven falling asleep in the Funland Arcade, and—as is usually the case in stories like this one—his imagination conjures an arcade world packed with games inspired by his many friends. The whole “it was all a dream" idea is always a great vehicle for stories like this one and enables the developers to stitch together ideas that wouldn’t normally work well together. 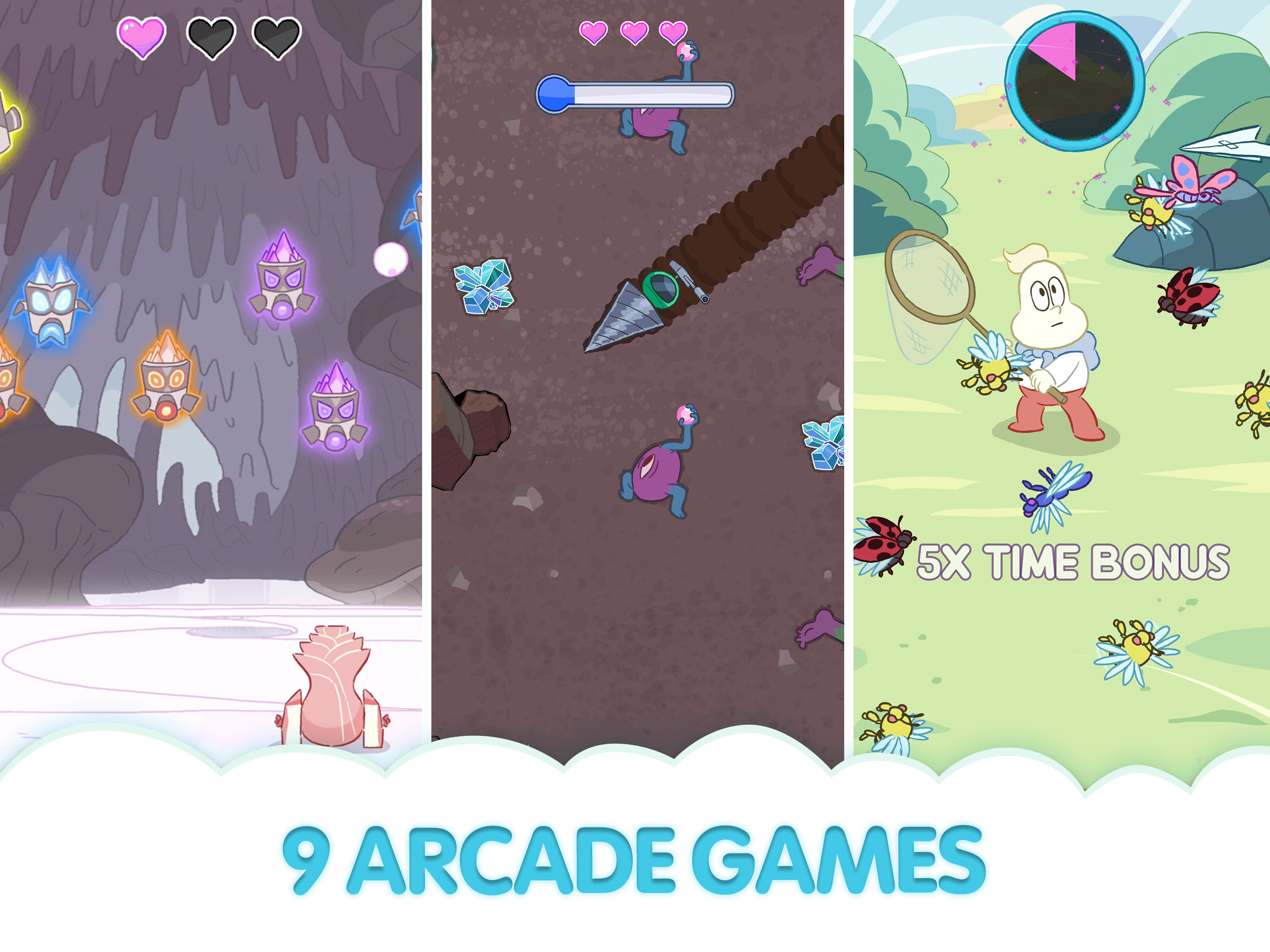 In Dreamland Arcade you’ll get to check out Master Connie’s sword fighting skills against Holo-Pearl, ride on Lion’s black in an endless runner, catch critters with Onion, and many other arcade games. And, as it the case in Arcades, you’ll get to earn prize tickets that you can use to unlock dozens of characters and many different powers and skins. If you’re a fan of the show, Steven Universe: Dreamland Arcade should be a blast to play.