One of the more surprising iOS ports of recent times is undoubtedly Rome: Total War ($9.99), and when it was announced late last year I was truly blindsided by seeing such a legendary PC strategy classic on a tablet device. As with many similar titles, the touchscreen of the iPad proved to be a perfect fit for the game, and the successive release of the Barbarian Invasion ($4.99) expansion pack as a standalone release emphasised the suitability of the series to the App Store. However, as with any tablet-exclusive title, many mobile gamers were wondering if Rome: Total War would ever be available for the iPhone. I personally thought such a feat was impossible, as less meticulous releases like RollerCoaster Tycoon Classic ($5.99) were too clumsy on the smaller smartphone screen. The folks at Feral Interactive do love a challenge, however, and so have today announced that Rome: Total War will be available for iPhone devices this Winter for $9.99. 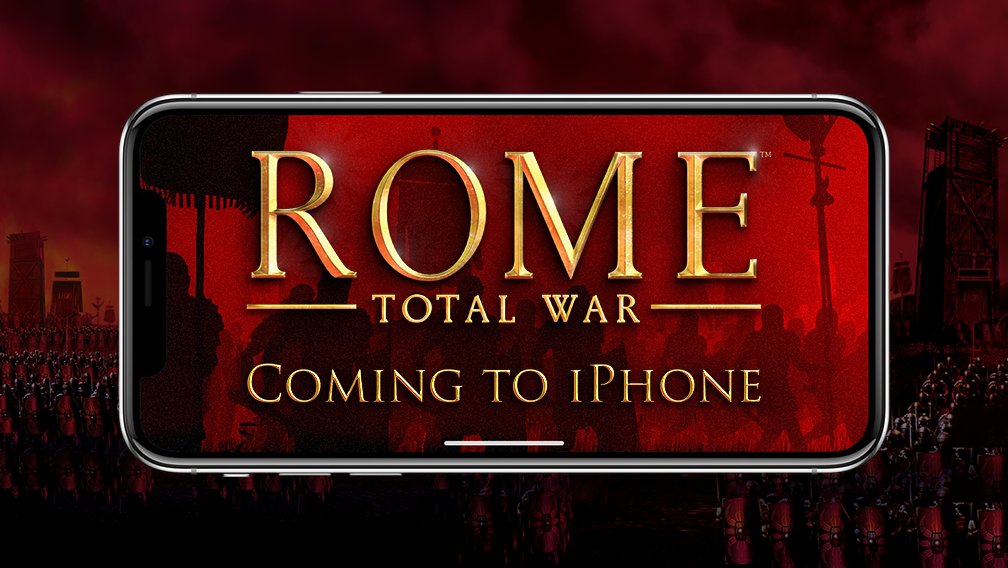 Considering the length of time that it has taken for an iPhone version of Rome: Total War to emerge – the game was released almost exactly a year ago in November 2016 – it’s evident that Feral Interactive have gone for more than just a downsized iteration of the title for smartphones. In today’s announcement, the developer has claimed that there will be numerous features specifically created for the iPhone’s display, including a shiny new interface and enhanced touch controls. However, one question mark does remain over whether the iPhone version comes as a universal update to the previous Rome: Total War on iPad, or whether the game is a standalone release. Either way, some sort of cloud save option to seamlessly continue a campaign across devices is definitely needed, and will hopefully be confirmed as more details are revealed in the lead-up to the title’s release. Rome: Total War for iPhone has a tentative Winter release date – swing by our Discord server for more news and impressions as they hit.