If you’re one of those who have either bought the BlizzCon Virtual Ticket or are attending BlizzCon in person, you’ll be happy to know that we are getting a brand new Golden Legendary Hearthstone (Free) card as one of our in-game goodies: Marin the Fox. However, we still don’t know much about this new card; all we have about Marin at this moment is some great looking art, with more details to be unveiled either during the Opening Ceremony or during the Hearthstone‘s What’s Next panel. This dashing gentleman looks like a pirate, although he could easily just be an adventurer instead, a move that would take us away from a Pirate-themed expansion. Still, this is an early taste of what cards to expect from the last expansion of this season. Any ideas about what we’re getting this time around? 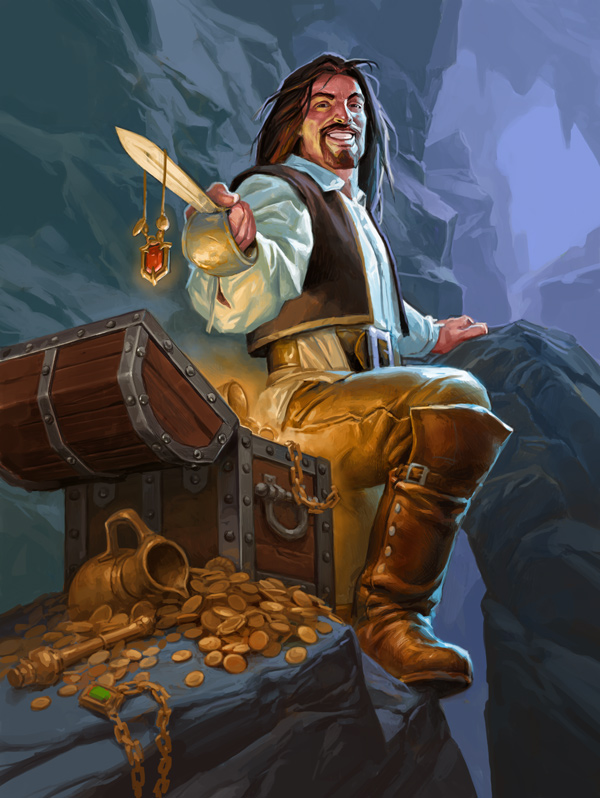 In addition to getting Marin the Fox, we’ll also get a “special surprise for the Arena" during the Live Q&A panel. Apparently, during that panel you can become a part of the game’s history by letting the developers know what you think through your applause. I’m curious what this is all about. And, of course, there’s going to be a hopping Hearthstone Tavern with all kinds of events as well as the Inn-vitational, the fun competitive event. Read more about Hearthstone‘s BlizzCon plans here.